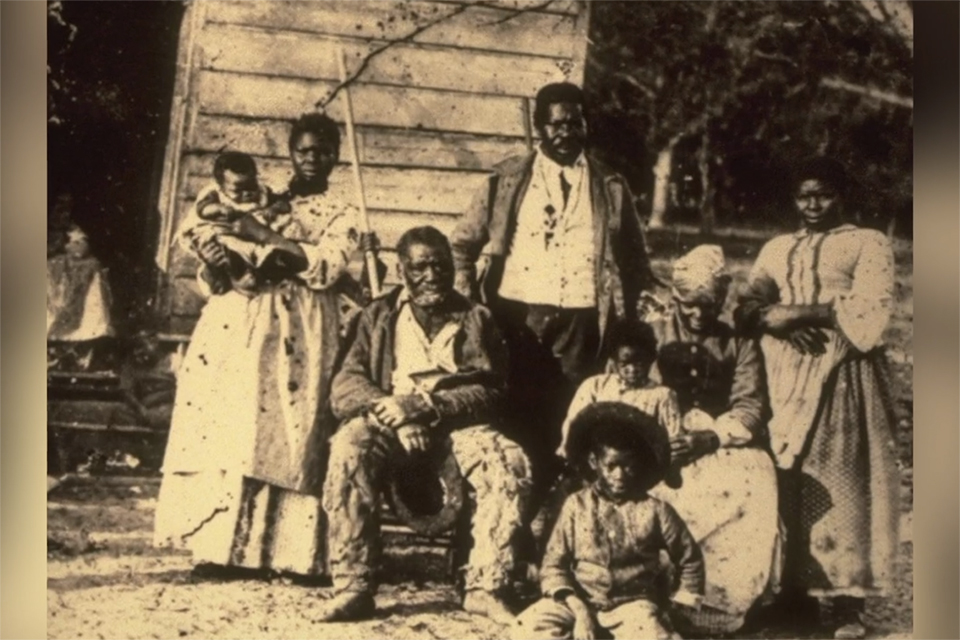 LEHI, Utah--(BUSINESS WIRE)--Jun 13, 2022-- Today, Ancestry ®, the leader in family history, announced the premiere of a powerful new film – “A Dream Delivered: The Lost Letters of Hawkins Wilson” – which brings to light a family reunion over a century in the making. Produced and developed by Velocity, Paramount’s in-house branded content studio, the short film follows one family’s journey to reunite with relatives of their ancestor, Hawkins Wilson, who was born into slavery and torn from his family as a young boy. Hosted by Emmy nominated actor Anthony Anderson (“black-ish”,”Law & Order”), with acclaimed director Rashidi Harper, this inspiring story of resilience and hope showcases the impact one family history discovery can have on an entire community that has faced many roadblocks when it comes to understanding their past.

After the Civil War ended in 1865, Congress created the Freedmen’s Bureau to help nearly four million newly freed people manage their transition to citizenship by providing assistance with education, work, medical care, and finding lost family. As a grown, newly-freedman nearly 25 years later, Hawkins Wilson sent letters to the Freedmen's Bureau desperately seeking assistance locating his siblings, but unfortunately, the letters were never delivered and his story, like many others, was suspended in time–until now.

“I believe you can’t know who you are without knowing where you come from,”

said Anthony Anderson. “A few years ago, I began tracing my own family’s roots and those discoveries have propelled me forward ever since – not just in my career, but also who I am personally. I stand on the shoulders of ancestors who helped guide my path and I’m grateful and humbled by that knowledge. I’m proud to be a part of this film to help show what’s possible to unlock, especially for the Black community.”

Cultural historian and television host Dr. Henry Louis Gates, Jr. is featured throughout the film, contextualizing this complex chapter in history and discussing the historical records and DNA research tools available for Black Americans to find their lost history.

“‘A Dream Delivered: The Lost Letters of Hawkins Wilson” can inspire an entire generation to explore what they didn’t believe was possible,” said Dr. Henry Louis Gates, Jr. “I have been studying genealogy for more than 60 years and there's no denying family history can be challenging for Black Americans, but there's never been a more important time to discover our truths. The more we uncover our history as a society, the more we can recognize our shared humanity.”

Professional genealogist Nicka Sewell-Smith guides Wilson’s descendants, mother-daughter duo Kelley and Marie, on their journey exploring Wilson’s life and legacy. Wilson’s letters were uncovered in the digitized and searchable Freedmen’s Bureau records on Ancestry – a collection of more than 3.5 million free records that can enable meaningful family history breakthroughs because it is likely the first time newly freed African Americans would appear in records after emancipation.

Kelley and Marie learn about Wilson’s adulthood as a freedman living in Galveston, TX, where Wilson spent the early days of Reconstruction and served as a preacher in his community. The pair embark on a trip retracing his steps, traveling to Mecklenburg County in Virginia, and in a moving moment, learn the county courthouse in front of them is where a young Hawkins Wilson was sold at a Sheriff’s sale as collateral for his slaveowner’s unpaid loan. At the turning point of their journey, it’s revealed to the two women that descendants of Wilson's sister were finally located. Kelley and Marie then travel to Russell Union Church in Warren County, NC, a spot where their relatives worshiped and helped found in 1874. Here, they meet and embrace their newly found family members, finally fulfilling Wilson’s search over a century later.

The film will be released ahead of Juneteenth, which commemorates the emancipation of enslaved people in the U.S., one year after the U.S. officially recognized it as a federal holiday. Visit Ancestry.com/Blackhistory on June 17 to watch the film and learn more, and to get started exploring your own family story. “A Dream Delivered: The Lost Letters of Hawkins Wilson” will also be available through the CBS News Digital Streaming Network on Paramount+ and Pluto TV starting June 19.

Ancestry ®, the global leader in family history and consumer genomics, empowers journeys of personal discovery to enrich lives. With our unparalleled collection of more than 30 billion records, over 3 million subscribers and over 20 million people in our growing DNA network, customers can discover their family story and gain a new level of understanding about their lives. For over 30 years, we’ve built trusted relationships with millions of people who have chosen us as the platform for discovering, preserving and sharing the most important information about themselves and their families.