DVD Asks: Does the GOP Even Want the Black Vote? 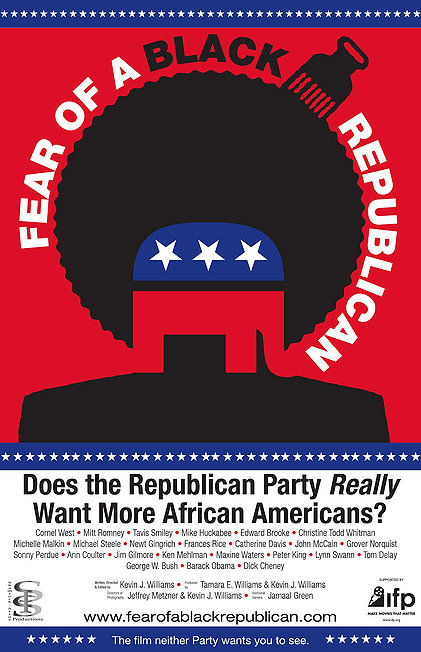 Have you ever noticed how few African-American Republicans there are? At any Grand Old Party gathering you see on TV, there are generally so few Blacks in attendance that they tend to stand out like a sore thumb.

That sorry state of affairs inspired Tavis Smiley to remark that "You can fit all the Black Republicans with any clout into a phone booth." And they're probably also about as hard to find as a phone booth is nowadays.

This phenomenon was not lost on Kevin Williams, a White Republican from Trenton, New Jersey, who felt frustrated by the fact that the Democrats had a stranglehold on all the political positions in his predominantly African-American hometown. So, as a filmmaker, he decided to shoot a documentary getting to the bottom of why Blacks aren't represented in the Republican Party.

Is it that the GOP would prefer to remain lily-White or are African-Americans simply short-changing themselves by remaining so loyal to the Democratic Party? That fundamental question rests at the heart of "Fear of a Black Republican," an eye-opening expose' supplying a variety of intriguing answers.

In order to unravel the mystery, Williams approached some of the Black Republicans crammed into the aforementioned phone booth, from recently-deposed RNC Chairman Michael Steele to former U.S. Senator from Massachusetts Ed Brooke who warns of "corruption where there's no two-party system." Yes, there's that danger in districts where a Democratic nomination assures a candidate of victory. Still, there's probably truth to Tavis' suggestion that once the Republican Party figured out that it could win national and statewide elections without Blacks "then the needs of that constituency never rose to the top of its agenda."

Among the other pundits weighing-in here are Princeton Professor Dr. Cornel West, right-wing journalists Michelle Malkin and Ann Coulter, and possible Presidential candidates Mitt Romney and Mike Huckabee. Yet, the most meaningful interviews are with rank and file Black Republicans, average folks who make heartfelt pitches for their fellow African-Americans to abandon the Democrat Party which they indict for taking the Black vote for granted.

Whether it's up to white Republicans or jaded black Democrats looking for an alternative to make the first overture, Fear of a Black Republican might serve as a great conversation breaker to encourage both camps to bury the hatchet and to give each other serious consideration as a viable political partner. However, I wouldn't hold my breath waiting for the GOP to reflect the all-inclusive rainbow the Party envisioned during more enlightened times when Abraham Lincoln freed the slaves and a plethora of Black Republican candidates ran successful campaign for political office.

To see a trailer for Fear of a Black Republican, visit The Skanner's YouTube Page

To order a copy of Fear of a Black Republican, visit: