The Tragedy of Macbeth Film Review 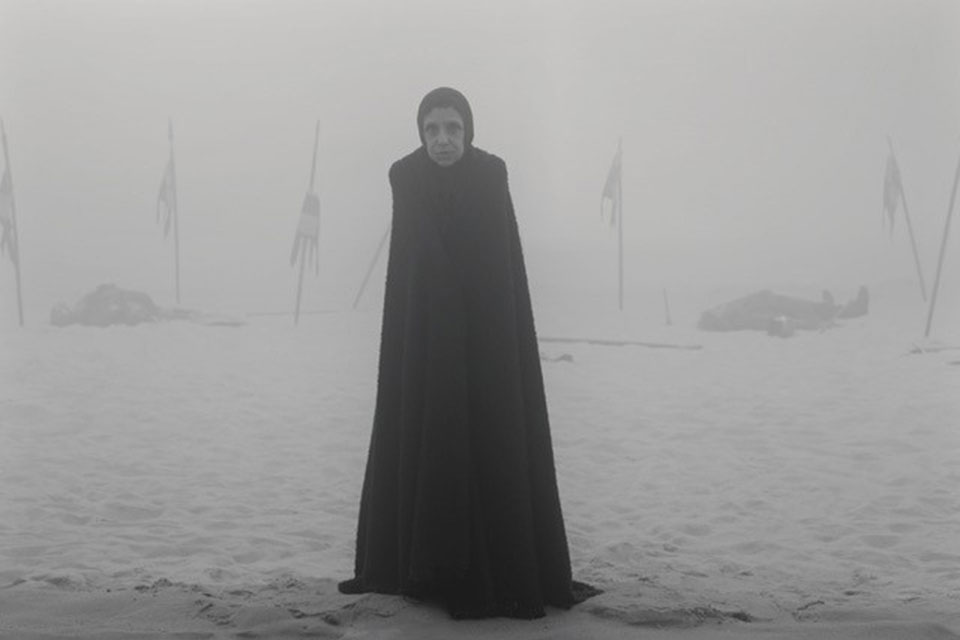 The Tragedy of Macbeth was theatrically released nationwide in 2021 and is now streaming on AppleTV+. Watch this work of art on a TV screen and you’ll likely agree that last year’s “Best Film” is this year’s masterpiece.

Joel Coen (O, Brother, Where Art Thou) has created a magnus opus that sets a high bar few other films vying for annual awards will ever reach. He reinterprets one of Shakespeare’s most famous plays, Macbeth, keeping the most pivotal parts and accentuating subplots and characters at will. Some potential viewers may have forgotten the crux of the plotting, but not the most famous lines: “Double, double toil and trouble;” "What’s done cannot be undone." 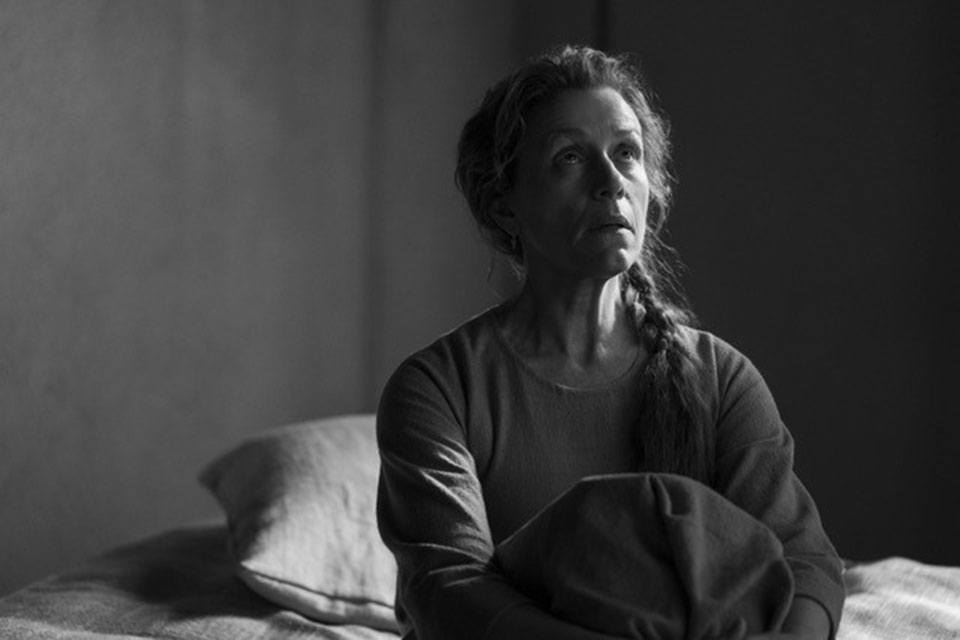 Frances McDormand in “The Tragedy of Macbeth”

Scottish general Macbeth (Denzel Washington) is warned by three witches (Kathryn Hunter) that someday he‘ll be king. Heeding that prophecy and egged on by his ambitious wife Lady Macbeth (Frances McDormand), the impatient officer kills the current king, becomes the new ruler and murders more people during his uncontrollable fits of paranoia. A rebellion erupts, aiming to overthrow him. Themes of greed, deception and ruthlessness mirror the U.S.’s recent political spectrum and should enthrall audiences with its timeliness. 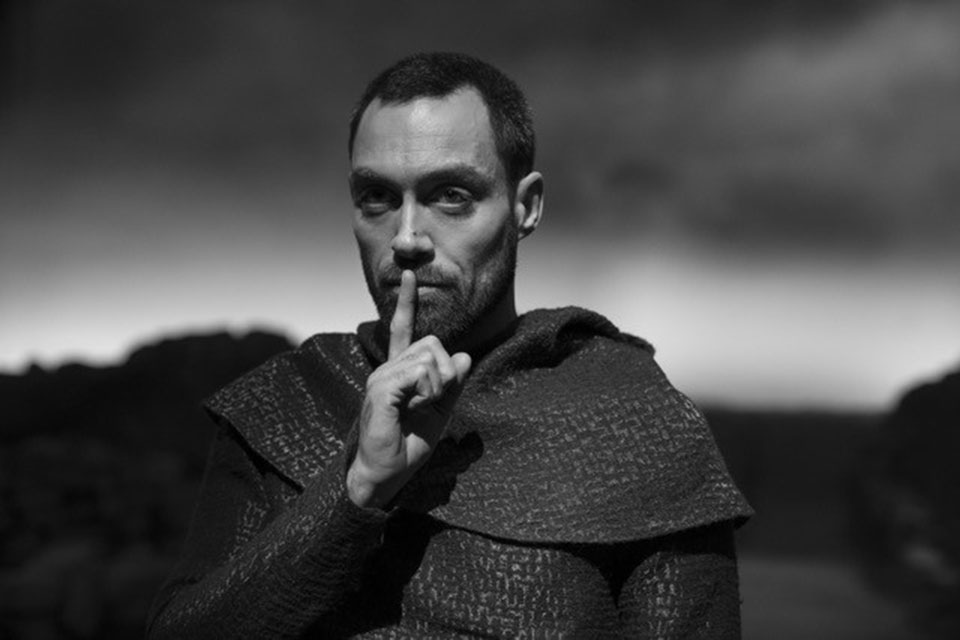 Alex Hassell in “The Tragedy of Macbeth”

Comparisons to the style of Laurence Olivier and Orson Welles’ classic 1940s Shakespeare adaptations and early twentieth century German expressionism are noted. However, Cohen’s netherworld seems unique and new in its own way. Not filmed as a stage play, not set in real surroundings. A hybrid. And rarely does black and white footage produce more of an expressive richness than the most vibrant and vivid color film. But it does here.

When Oscar acting nominations are handed out, expect Washington’s brooding performance and McDormand’s scheming portrayal to top the lists. As bitter, aging co-conspirators, they take cunning and evilness to a new level. Seething like vipers, as duplicitous as any con artists could be. Award nominations should also be given to Alex Hassell as the sleezy vulture Ross, Bertie Carvel as Banquo, Moses Ingram as Lady Macduff, Corey Hawkins (Straight Outta Compton) as the brave and righteous Macduff and, of course, Hunter as the sorceresses who delivered both a prophecy and misfortune in equal portions. 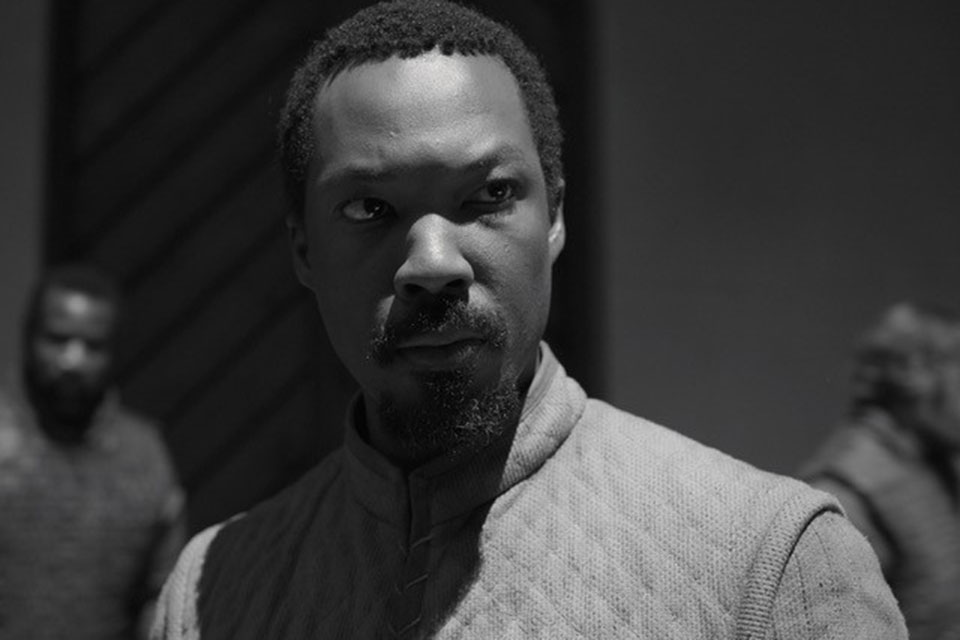 Corey Hawkins in “The Tragedy of Macbeth”

You may need a bit of patience and a sharp ear to understand the dialogue, which was originally written in the 1600s and adapted by Coen. However, your perseverance will be rewarded. At the end of your 1h 45m journey, you’ll discover that every element of this object d’art is beyond excellent.

“By the pricking of my thumbs, something wicked this way comes.” Who could have guessed that shrewd, vile cruelty could be so damn mesmerizing?