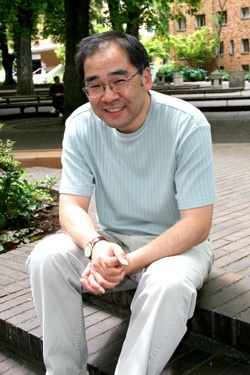 On Friday, Oct. 16, local filmmaker Thomas Coulter will premier a documentary about Oregon's experience with the Ku Klux Klan. The film is part of the Astoria International Film Festival, organized by African American filmmaker Ron Craig, running at Astoria's Liberty Theater from Oct. 16 to 18.
The film "Ku Klux Klan in Oregon: 1920 to 1923" will be shown at 3:45 p.m. on Oct. 16.
The documentary tells how the group promoted its racial and religious agenda from Tillamook to La Grande, reaching about 5,000 members.
The film covers the group's demise, the aftermath and reasons why it could not maintain its leadership and power over local businesses and politics. For instance, in the early 1920s certain members of the Klan, called Kleagles, were dispatched to all states in the Union to drum up support for the organiza¬tion outside of its stronghold in the South. What Klan organizers found when the Kleagles arrived in Oregon and the Pacific Northwest were near perfect social conditions to recruit, especially when an atmosphere of nativist feelings engulfed the nation after World War I.
Powerful movie clips, interviews and photos culled from local, state and national archives also are included in the 60-minute film.
"The Klan was very influential here as a political power," Coulter said. "They were able to place many of their members in local government around the state and sponsored several statewide measures against minorities and certain religions. Many viewers will be surprised to learn how large and active they were as a group."
Coulter will also take part in a filmmakers Meet and Greet Reception at 8:30 p.m. on Saturday, Oct. 17 at the Cannery Pier Hotel, 10 Basin St. in Astoria.
"This project has been a labor of love," said Coulter, who is a Korean-born American adoptee. "I've focused my heart, mind and energies on this project with the main intent of educating people about multicultural issues and starting a dialogue."