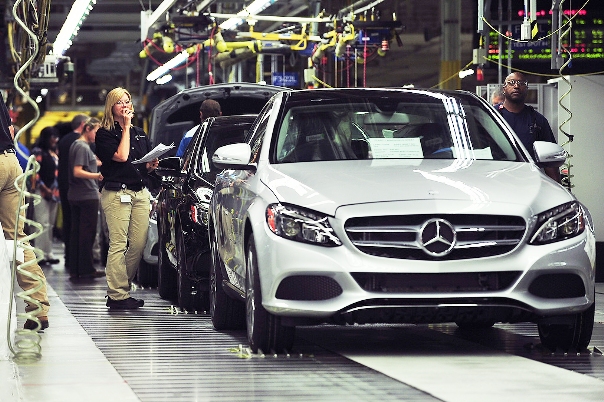 PHOTO: Workers produce C-Class sedans at the Mercedes plant near Tuscaloosa, Ala. On Tuesday, Sept. 23, 2014, Michael Brecht, the chief labor representative on the supervisory board of Mercedes parent Daimler AG, said that he finds it "unacceptable" that Alabama plant workers are not represented by a union. (AP Photo/AL.com, Tamika Moore, File)

A statement Wednesday from Avakian says that among the allegations is that a Daimler employee threatened a black co-worker with a noose, saying he'd drag the African-American behind a car.

Avakian said such a complaint leads to an investigation, and if the allegations bear out, workers could be awarded damages including back pay if they've quit.

A statement from Daimler said it doesn't tolerate discrimination, is cooperating with the investigation, has hired an outside investigator to look into the allegations and is now conducting "face-to-face anti-harassment training."