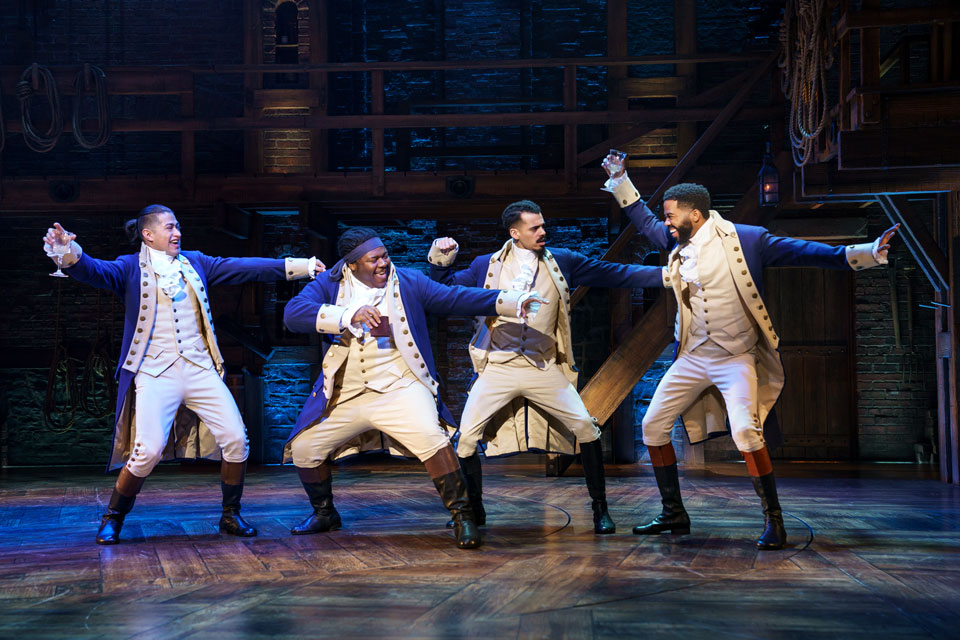 Producer Jeffrey Seller and Broadway in Portland announce a digital lottery for HAMILTON tickets that will begin in conjunction with the show’s first performance on Wednesday, April 13 in Portland at Keller Auditorium. A limited number of tickets will be available for every performance for $10 each.  The lottery will first open at 10:00 AM Friday, April 1 and will close at 12:00 PM Thursday, April 7 for tickets to performances from April 13 – 16.  Subsequent digital lotteries will begin on each Friday and close the following Thursday for the upcoming week’s performances.

Use the official app for HAMILTON, now available for all iOS and Android devices in the Apple App Store and the Google Play Store (http://hamiltonmusical.com/app).The lottery will open at 10:00 a.m. every Friday and will close for entry at 12:00 p.m. the next Thursday prior to the following week’s performances.Winner and non-winner notifications will be sent between 1:00 PM and 4:00 PM every Thursday for the upcoming week’s performances via email and mobile push notification.  Winners will have two hours to claim and pay for their ticket(s). Each winning entrant may purchase up to two (2) tickets. Only one entry per person. Repeat entries and disposable email addresses will be discarded.Lottery tickets void if resold.

Tickets for HAMILTON are currently on sale.  Patrons are advised to check the official HAMILTON channels and www.BroadwayinPortland.com for late release seats which may become available at short notice.

HAMILTON is the story of America then, told by America now.  Featuring​ a score that blends hip-hop, jazz, R&B and Broadway, HAMILTON has taken the story of American founding father Alexander Hamilton and created a revolutionary moment in theatre—a musical that has had a profound impact on culture, politics, and education.

With book, music, and lyrics by Lin-Manuel Miranda, direction by Thomas Kail, choreography by Andy Blankenbuehler, and musical supervision and orchestrations by Alex Lacamoire, HAMILTON is based on Ron Chernow’s acclaimed biography. It has won Tony​®​, Grammy​®​, and Olivier Awards, the Pulitzer Prize for Drama, and an unprecedented special citation from the Kennedy Center Honors.

The HAMILTON creative team previously collaborated on the Tony Award® Winning Best Musical IN THE HEIGHTS.

The musical is produced by Jeffrey Seller, Sander Jacobs, Jill Furman and The Public Theater.