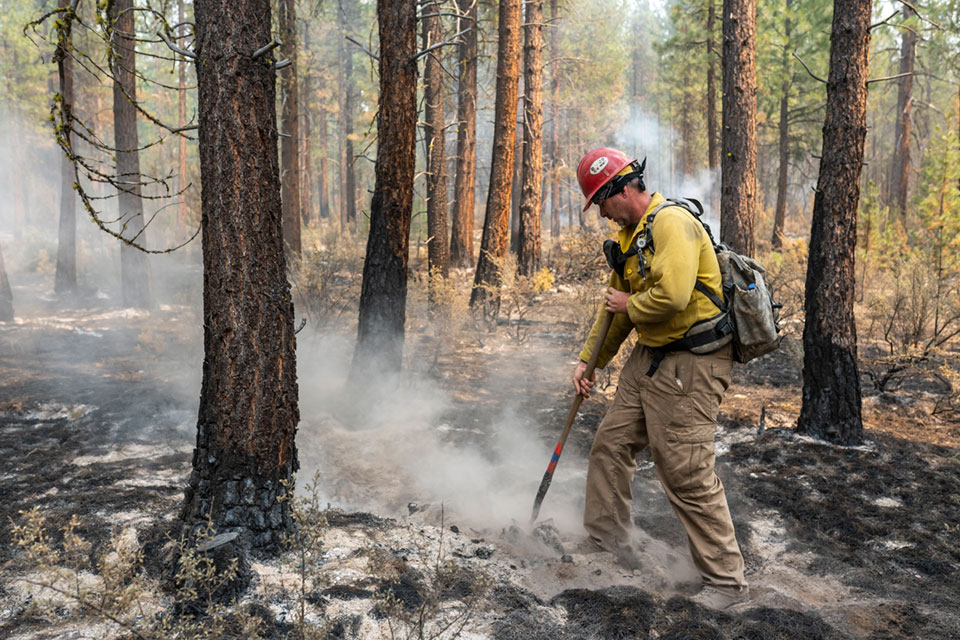 CAMAS, Wash. (AP) — A wildfire fed by gusty winds and low humidity east of Vancouver, Washington, grew rapidly on Sunday, prompting authorities to order evacuations as the blaze sent up a plume of white smoke visible throughout the metropolitan area that Vancouver shares with Portland, Oregon.

Dubbed the Nakia Creek Fire, the blaze in eastern Clark County was burning in rugged terrain of brush and timber and had charred an estimated 2,000 acres (780 hectares) by Sunday afternoon, said Ryan Rodruck, a spokesman for the Washington State Department of Natural Resources.

Residents of an estimated 1,000 homes were under evacuation orders, Rodruck said. The state issued a mobilization order allowing any firefighting agency to dispatch resources to the blaze, he said.

The Clark Emergency Services Agency expanded evacuation zones into the rural outskirts of the cities of Camas and Washougal, The Columbian reported.

“Please understand that this is a very dynamic situation and if you are anywhere near this area, you should take precautions to evacuate,” the emergency services agency said in a statement.

Crews had secured a perimeter containing 20% of the fire burning in the Larch Block of the Yacolt Burn State Forest. The National Weather Service had posted a red flag warning for wind and low humidity in the region, including the south Washington Cascades, with wind gusts up to 30 miles per hour (48 kilometers per hour) for Sunday.

A shelter for evacuees was opened at a church in Camas.

About 100 personnel, supported by water-dropping helicopters, were battling the fire, which began Oct. 9.