Start Your Summer with a Celebration of Black Freedom : Juneteenth

By Helen Silvis of The Skanner News
Published: 15 June 2011 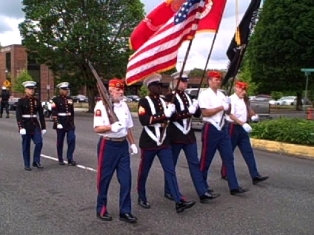 For almost 300 years, African Americans were forced into slavery in the United States. That shameful era came to an end with the Emancipation Proclamation of 1862. It set a date for ending slavery: Jan 1, 1863. Too bad, nobody bothered to tell Southern Blacks. It wasn't until two years later on June 19, 1865 that the news reached Galveston, Texas. Now, the message of freedom was impossible to ignore because it was brought by Gen. Gordon Granger –and 2000 armed federal troops.

Imagine those celebrations: the singing, the feasting, the soaring joy. That's the essence of Juneteenth.

"The spirit of Juneteenth is jubilation," says Doris Rush, chair of the Portland Juneteenth Committee. "It's happy. It's a celebration of freedom, and it's about freedom for everyone, not just African Americans, because slavery still exists in the world."

Celebrated at first in the South, and now across the nation, Juneteenth is recognized as a holiday in 37 states. The Juneteenth Worldwide website records celebrations as far away as Japan, Nigeria and Korea.

'It blew my mind," Rush says. "So many Americans don't know about it, yet it is celebrated worldwide. That's amazing."

This year Portland's Juneteenth celebration will return to Jefferson High School's sports field, not available last year. The Freedom Trail Parade will assemble on Saturday morning, May 18, at Northeast Martin Luther King Jr. Boulevard and Jarrett Street. At 11 a.m. the parade will start out heading north to Killingsworth Street, before turning west toward Albina Avenue. The celebration will run from noon to 6 p.m. at Jefferson High School.

The 2011 Grand Marshal is Bernie Foster, Publisher of The Skanner News. He says he is delighted to be a part of an event that symbolizes so much to the African American community, and everyone descended from slaves. Also on the playbill are: City Commissioner Amanda Fritz; Multnomah County Commissioner Jeff Cogen; Portland State University Professor Harold Briggs; the Buffalo soldiers; longtime business owner Paul Knauls; as well as classic cars, marchers and dancers.

At Jefferson, a 'huge' children's area will include arts and crafts; tables where children can make father's day gifts; bouncy houses and games. Harriet Tubman Middle School will be holding a times tables math challenge from noon to 2 p.m.

On the main stage, the entertainment will include music from the Kirk Green band; the Calvin Walker band; Nefasaria and The Future; spoken words events and more.

"There's a lot of buzz this year and we think it's going to be bigger than ever," Rush said. "We're hoping this is going to be a huge success and that it will be great for Portland."

Portland's Juneteenth celebration has gone through some ups and downs since Ms. Clara Peoples first announced it in 1945, over a loudspeaker in the Kaiser shipyards. Ora Lee Green, a teacher organized the first citywide celebration at Holladay Park in 1972. The event soon added a parade and moved north to Jefferson High School. For a while the celebration lost support because of its connections with Yam Yam's restaurant, whose owner was convicted of dealing cocaine in 2009. Now, a new committee has formed, under Rush's leadership. Current committee members are: Ms. Clara Peoples, Ms. Ora Lee Green, Doris Rush, Tim Hall, Karen Smith, Calvin Kyles, Sandra Hasty-Blacknall, Kirk Green, and Jerry Foster. A former bank employee turned project manager, Rush says the new committee is hardworking, and full of fresh energy.

"We now have a really committed and skilled group of people," she said. "We've worked really hard to make this community feel comfortable with this event. We pride ourselves on our transparency, and we want Portland's Juneteenth to grow into a three-day event as it is in other parts of the country."

The Juneteenth Portland Committee's vision would add a dinner with educational scholarships for students on Friday, before the Saturday Freedom Parade and celebration, and also a 'Gospel Explosion' on Sunday.