Video: Getting Online in America: Too Slow and Too Expensive 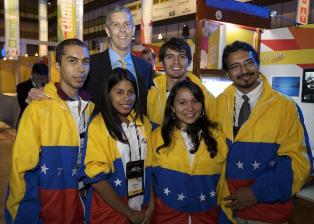 Comcast and CenturyLink are rolling out programs that will wire up some of America's poorest families to affordable Internet. The programs are required under an agreement struck with regulators at the Federal Communications Commission.

"I think it's a really great start to addressing the digital divide," said Mary Beth Henry, who's leading Portland's effort to bring universal broadband access to the city. The Skanner News Video: Broadband

"They will be able to send and receive email, search the web and find information. That's an important step forward," she says. But to attract business and jobs to our region, we need to do a lot more – and we need to act fast.

"We need to look to the future, because what will happen three years down the line? We don't need a bandaid. We need a long-term solution."

For now, the programs do offer help for up to 5 million families nationwide. When the FCC gave the green light to the controversial merger between Comcast and NBC, it struck a deal that included a list of conditions designed to salvage some benefits for the American public. And when Centurylink merged with Qwest, the Federal Communications Commission made a similar agreement.

Under the terms of the deals, both companies must supply 2.5 million low-income households with high-speed Internet access for less than $10 a month, along with a $150 netbook and computer training.

Employers need workers with computer skills, and businesses need efficient high-speed Internet. That's why some countries, such as New Zealand, have invested in installing fiber optic connections that reach everyone at an affordable cost. In the United States, the picture is far different.

Three companies, Time Warner Cable, AT&T and Comcast provide most of the country's Internet service, often operating without much competition. Some municipalities have built successful public networks, but industry-promoted barriers exist in many states. Advocates say that's why Americans pay too much for inferior connection speeds. 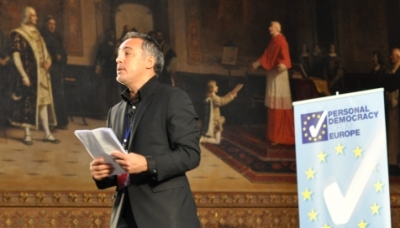 The Comcast and CenturyLink deals will help, but don't come close to what's needed, says Andrew Rasiej, publisher of the blog techPresident, and founder of Personal Democracy Forum , a conference and website that deals with politics and technology.

"It's a drop in the bucket and doesn't even come close to the vision that's needed to ensure that all Americans have affordable access to 21st Century technology in order to participate in the 21st Century economy," he told The Skanner News.

"What's needed is a vision politically and entrepreneurially to give all Americans the fastest and least expensive broadband access. Anything else will have us playing catch-up educationally, in our health care system, in business and in our economy." 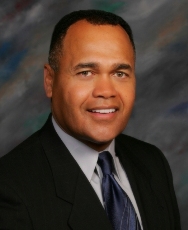 On Sept. 7, at Portland's Roosevelt High School, Comcast will launch Internet Essentials, a program aimed at families with children in the free school lunch program. Qualifying families will get broadband Internet service for just $9:95 a month. The deal comes with a $150 voucher for a notebook-type computer and Internet training.

"We're pretty excited about this," said Hank Fore, Regional Senior Vice-President for Comcast in Oregon and S.W. Washington. "I hope we get every kid in the free lunch program enrolled in Internet Essentials."

Any family on the SNAP (food stamps) program, or with an income of less than 130 percent of the federal poverty level can get free school lunches. And so long as a family has a child in the free lunch program, they can keep the Internet Essentials deal, Fore said.

Offered around the country in Comcast service areas, Internet Essentials is already up and running in Chicago and the East coast. It also is available throughout Washington state from September.

Fore said the program will enroll new families for the next three years. After that, families can stay in the program so long as they have a child enrolled in the free lunch program. To enroll, sign up for free school lunches then call 1-855-846-8376 or visit InternetEssentials.com

Centurylink is developing a similar program aimed at families that qualify for a free phone service through the LifeLine program or through their outreach to Native American tribes. That will include seniors, disabled adults and other low income families, and under the terms of the agreement, the program will run for at least 5 years. Martin Flynn, Communications Director for Centurylink said the company will announce its plans by Oct. 1.

"We haven't launched anything yet," he said. "What I do know is that if you are eligible for the LifeLine program you will qualify for our broadband service. "

Everyone knows what it's like to sit and wait for your computer to load a page. Yet few people understand the language of data transmission speed. But the speed of your connection can make the difference between watching a video or watching a little wheel spin and spin.

A connection speed that is fine for email or searching sites without a lot of bells and whistles, might not support HD video or gaming. That's an issue, not because teens want to watch music videos and play video games, but because increasingly schools, government and businesses are using video, multimedia, game technology and conferencing to inform and educate.
"If you look at the speeds available in other established and emerging economies, the US doesn't even come close to matching them in speed or cost," Rasiej says.

The Comcast and Centurylink deals, for example, will offer different speeds. For CenturyLink, the FCC set a minimum of 4 mbps download speed, but Flynn said the service may be 5 to 7 mbps.
"Our goal is to have everyone with 12 to 20 mbps," Flynn said. "There is more and more video out there so that's going to cause bandwidth issues. Technology is constantly changing and we are updating on a ongoing basis."
Comcast's Internet Essentials program will offer speeds of up to 1.5 mbps download (and up to 384 kbps upload).
Professor Dale Hatfield, an electrical engineer and former chief of the Office of Engineering and Technology at the Federal Communications Commission, said Comcast's program will allow some video use.
"I think at the time they made the commitment, those sorts of speeds were good. Now it depends what you want to do. I have that speed at home and we watch Netflix and that works. But if you want to do HD video that needs higher speeds.
"It would be nice if it was 4, but my overall feeling is that a megabit and a half is a reasonable amount."
Former Obama advisor Professor Susan Crawford was less impressed. A 1.5 mbps download speed might meet the FCC standard, she tweeted, but the standard is, "waay too low."

You can measure the speed of your internet connection easily at one of many websites that offer online speed tests. 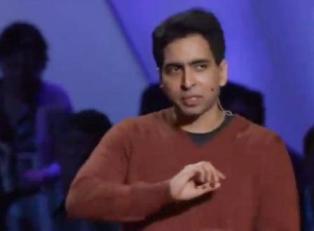 Nationally, the latest report from the nonprofit Pew Internet and American Life Project shows a slowing in the numbers of people getting broadband connections at home for the first time. About one-third of Americans do not have high-speed Internet at home, the same as in 2009.
The good news is that African Americans are catching up. Just 46 percent of African Americans were using high-speed Internet at home in 2009, compared to 65 percent of Whites. But just one year later, that figure shot up to 56 percent. The gap remains, but it's narrowing.
However, fewer than half of all Americans seem to understand the importance of broadband.
"By a 53 percent to 41 percent margin," the Pew report notes, "Americans say they do not believe that the spread of affordable broadband should be a major government priority."
Overwhelmingly, those who don't believe it is important are those who don't use it.
One year into Portland's latest effort to bring affordable high speed broadband to everyone in the city, the city is still a long way from that goal.
A draft strategic plan will go before council this month, said Mary Beth Henry, and work is underway to create a map of services available. That's been slow, she said, because companies don't have to give that information, and say they have "homeland security" concerns. 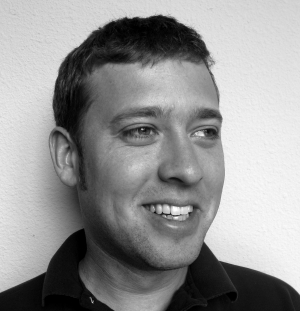 Nevertheless, Henry said, the city is working to create a map of the city showing which services are available and at what price.
"I think if we use a collaborative approach we will have a better chance of success," Henry said. "We're asking ourselves: How can we incent competition? How can we bring together industry, nonprofits, schools, business and government to address this."
Under consideration too, is a 'dig once strategy' that would allow companies to install cable whenever the city opens a trench to work on existing pipes. Henry says this will encourage competition.
"We're very excited that over 50 citizens have taken part in five workgroups," she said. "But experts, like Anthony Townsend from the Institute for Future are telling us we need to be more aggressive and move more quickly. That's if we want to really gain a competitive advantage. "