By Helen Silvis of The Skanner News
Published: 04 April 2013 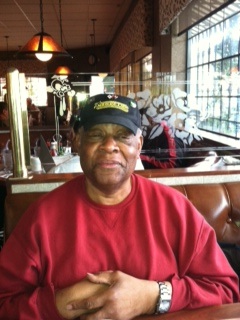 After serving in Vietnam, Cleveland McCord was given a brief medical exam, a fresh uniform and a one-way bus ticket to Oregon. That was in 1970. In 2010 McCord was awarded 90 percent service connected disability benefits from the Veterans Administration. Getting there took years of filing claims and appealing rejected claims.

"They didn't tell me I could go to the doctor, the hospital or a clinic, and pretty much everyone who served then says the same thing," McCord says.

Like his comrades, McCord, who served in the 41st Signal Battalion, had never heard the words post-traumatic stress when he was discharged. He thought it was normal to be unable to fall sleep, to constantly have to check his home was secure, to avoid crowds and feel compelled to check for danger in every situation.

Walking along the road one day, he heard a loud bang – that turned out to be a car backfiring.

"I hit the ground," he says. "I hit the sidewalk. A couple of people thought it was funny. For me it was just a normal reaction."

It wasn't until almost 20 years later, when he started going to a Veterans group, that he learned that the everyday challenges he faced were common to veterans, and they had a name: Post Traumatic Stress Disorder.

"We all had the same problem even though we didn't talk about it to anybody," he says.

McCord also suffers from a back injury that first occurred in 1968 during his service.  He has diabetes, which has been connected to exposure to Agent Orange, a chemical used by the military in Vietnam. He first applied for Veterans' disability in 1977 when his back pain became so severe he was hospitalized for a month, and he could no longer continue in his job with engineering firm, ESCO. His claim was rejected, he says, despite support from his doctor.

"After that I swore I would never go to the VA again, because I never got help," he says.

But eventually, after the Veterans Administration conducted outreach to Black vets, McCord did go back. And over the years he has filed and refiled claims. His benefits rose to 50 percent service connected then 70 percent. Then in 2010 he was awarded 90 percent disability status. To get there he spent years fighting through a lengthy appeal process and adding more filings: for Post-Traumatic stress and when the VA started accepting claims, for ailments linked to Agent Orange.

McCord worked for six years as a technician with an answering machine company before spending  18 years working for the Army Corps of Engineers. He also has served for 23 years as a trainer with the 104th Training Brigade in Vancouver, Wash.

McCord volunteers for the local chapter of the National Association of Black Veterans, known to veterans as NABVETS. He acts as the office secretary, he says, answering phones, scheduling appointments and entering data. Three other volunteers work to help veterans file and pursue their disability claims, some dating back to WWII.

McCord knows of at least three cases where veterans died before their cases were settled.

The Veterans Administration has improved a lot, McCord says.  Staff today are more caring and supportive. And veterans from the latest Afghanistan and Iraq wars have a lot more resources available, although many don't know about them.

"Unless you have someone pointing you in the right direction a lot of us can end up being lost and on the streets."

Why one expert believes the biggest problem with the VA backlog is the Appeals center in Washington DC.