A Kidney for Hasan: Local Dad Needs Donor, Could It be You? 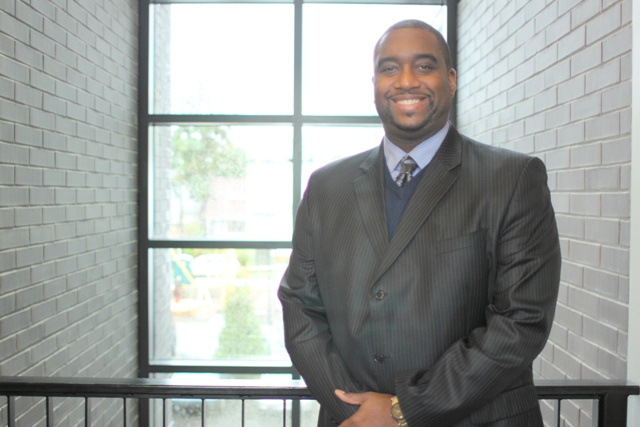 Hasan Artharee is a big, strong man. In his years of working in his family’s business, and now as a supervisor for Portland Parks and Recreation, Artharee has helped a lot of people.

Now he needs someone to step up and help him.

Artharee, 35, suffers from a rare genetic condition called polycystic kidney disorder – and he needs a kidney donor as soon as possible.

This is because the only cure for polycystic kidney disorder is a transplant.

The donor could be anybody, of any race or gender – they just need to have type-O blood, be physically healthy and have a selfless desire to save someone else’s life.

A married father with four young sons, Artharee counts a small handful of life goals he would like to achieve, including at some point rejoining his family’s company, Coast Industries, the oldest Black-owned business in Oregon.

It’s where his mother, Bernadette Artharee – who also received a kidney transplant about 15 years ago and is one of the most staunch volunteer spokespeople at Donate Life Northwest – is president of Coast Industries. Over the years Bernadette, her mother, her brother, and an array of cousins have all been diagnosed with the kidney disorder and so far, everyone has been able to find a donor before it was too late; currently, Artharee says, he has one cousin who is also on the waiting list.

Artharee’s father, firebrand community leader Baruti Artharee, has also worked to raise awareness of the need for more African American organ donors and has stepped up his efforts in recent months on behalf of his son – although to be crystal clear, Hasan’s donor could be of any race.

“One big life goal would be to eventually get back into the family business,” Hasan says.

“My grandfather's business has been around since 1957 -- I would like to see it reach 100 years and bring my kids into it,” he says.

“I enjoy working for the City and I can forsee a long career here.

“Those are the two paths I'm looking at.”

Artharee and his wife, Celeste, have four children: Isaac, 14: Khaled, 7: Kareem, 6: and Emil, who is almost two years old.

A study last year published in the American Journal of Kidney Diseases found that nationally, African Americans have a harder time finding a living donor than other groups.

As reported by www.kidney.org, researchers looked at data from 275 kidney transplant centers around the country; more than 90,000 people are on the waiting list for a transplant. About one-third are African American.

"We were quite disappointed to find that not a single center in this country had equal attainment of live donor kidney transplants in African Americans and non-African Americans," said the study's lead author, Dorry Segev, MD, of Johns Hopkins University School of Medicine. "We were hoping to find at least a few centers where there was racial parity, so we could learn best practices. We were surprised to find that those centers that treated the highest percentage of African Americans actually had the highest racial disparities."

Experts say one of the factors keeping more African American donors from the operating table is bad health – you can’t donate if you have diabetes, high blood pressure or complications from obesity.

Another factor might simply be that potential donors are not interested in major surgery that could sideline them from employment or other important activities, even just for a few weeks.

People are born with two kidneys, but only really need one to live; with living kidney donation, one kidney is removed from the donor and implanted in the patient.

The risk of death for donors during the procedure, on average around the United States, is a fraction of one percent; 12 years after the surgery, one study showed, kidney donors actually live longer than non-donors.

By way of full disclosure, this reporter donated a kidney in 2004 and has suffered no complications or problems in the years since.

Over the past five years, more Americans have started becoming kidney donors even for complete strangers, a new movement called “altruistic donation.”

In one current case, a little girl in end stage kidney failure – profiled in the New York Daily news last week – garnered a raft of strangers offering to donate kidneys to save her life.

Artharee says he was first diagnosed as having the genetic marker for polycystic kidney disease as a teenager.

“And it gradually has gotten worse,” he says. “They let me know that in my 40s or 50s I would probably need a transplant.

“Unfortunately I'm 35 now, and about a year ago I was told that the disease has progressed and that I would have to start going down the road to get a transplant,” he said.

Potential donors should contact Artharee directly to get connected to OHSU and obtain a blood test; that is the first step. Further tests are conducted if the blood types match.

What is the worst possible thing that could happen if he cannot find a donor?

“The worst thing in the end is death,” Artharee says.

But he is stoic about the possibility of spending years on dialysis waiting for a donor.

“Of course for me being a young guy, I'd like to get that kidney transplant,” he says.

“I’ve seen success because my mother is 15 years in on her kidney transplant, so I know that if I can get it I can be successful.”

For more information about the nonprofit group Donate Life Northwest, go to www.donatelifenw.org.