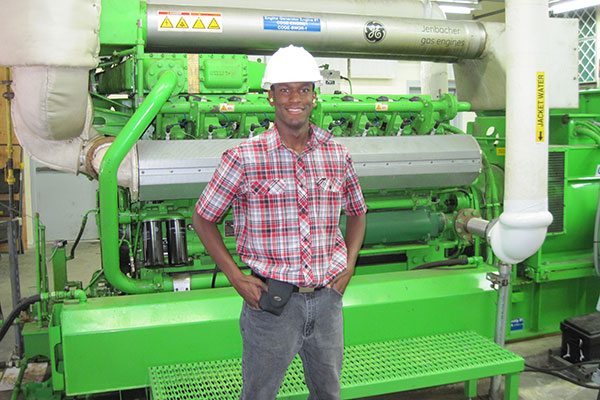 About 750 local young people will gain work experience, financial literacy and a professional network this year through Summerworks, a paid internships program that kicked off Monday.

This workforce development initiative combats youth unemployment. According to Summerworks, there are more than 34,000 young people in the area who are not working or in school.

These numbers are getting worse with time, as youth employment rates have dropped from 44.4 percent to 26 percent. Summerworks estimates that only 12 percent of low-income youth and youth of color are employed.

According to the youth employment non-profit Urban Alliance, early work experiences mean youth are less likely to drop out, have higher grades and lead to greater lifetime earnings. These experiences can keep youth from becoming disconnected from work and school.

In contrast, disconnected youth have a harder time getting a job and are more likely to be incarcerated. A Queens College research study on at-risk youth determined that every 20-year-old that was disconnected with school and work cost the economy $704,020 over his or her lifetime. The losses are from lower wages, less tax revenue and higher government spending.

Summerworks Director Heather Ficht says there are fewer opportunities for youth employment which makes it harder for kids to find jobs.

"It's a national crisis, the lack of youth work opportunities. When was the last time a kid bagged your groceries at the grocery store?” Ficht says. “There just aren't really kid jobs when there are 60,000 adult job seekers out there to compete with who have relevant work experience."

Summerworks pays each internship minimum wage for 180 hours of work during a six- to eight-week time period over the summer. There are different types of work experiences like work and maintenance crews, junior camp counselors, and clerical office support.

The internship prioritizes youth who lack traditional professional networking opportunities: 93 percent of the interns are from low income families, 76 percent are youth of color.

An important part of the program is teaching youth employment readiness skills. Summerworks begins to look for job seekers in April by reaching out to 95 community partners, school districts and faith organizations. From that, they get about 2000 applicants.

During the screening process the youth go through work readiness training. Ficht said this training is like an extended interview and hiring experience which helps young people develop skills in a friendly environment.

“It’s really trying to simulate what the actual process is of applying for work, and being hired, and being evaluated, so that they have the opportunity to learn those skills while the stakes are pretty low,” she said.

Ficht says this training helps to break the cycle where young people aren’t being hired because they don’t have previous work experience.

The program also hosts a series of resource fairs for the youth where they learn about workplace safety, harassment and financial literacy. Part of the education informs the youth about predatory check cashing facilities and credit cards.

“We want to teach them how to be responsible with their own money as we are giving them their first pay check,” Ficht says.

The numbers of interns has grown to 750 this year from 570 the year before and 490 the year previous to last. Multnomah County and the City of Portland are the largest sponsors of interns.

Tri-Met has employed interns to conduct surveys about mass-transit experience. Microchip Technology, Inc ., in Gresham brings in interns to get young people interested in technology jobs in the future.

Summerworks is the youth employment program of Work Systems, the work force development board for the region. They are funded by the federal government to cultivate work force investment through the Workforce Innovation and Opportunity Act.

Summerworks coordinates the program and its partner, the Immigrant & Refugee Community Organization who work directly with the interns to screen, train and place them in appropriate jobs.

Funding for the internships comes from a partnership of federal dollars, which support the staff that recruit, screen and train the youth, and local governments and businesses which pay for the wages of the jobs.

Ficht said biggest challenge to the program is finding private-sector employers who are willing to hire young people. Employers are wary of sponsoring $2100 to hire inexperienced interns.

But Ficht believes there are more than enough work-ready young workers in the Summerworks program.

“This is way for young people to build networks and build their resume so that they are able to go and be appropriate and be ready and be prepared for the world of work,” she said.