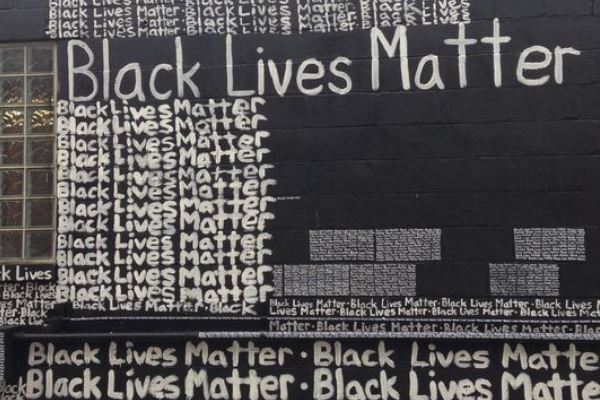 While many tides have changed in the years since the Civil Rights Movement, both locally and nationally, injustices in the Black community still continue to run rapid on a host of issues, so much so that its given birth to a new movement called, Black Lives Matter.

That term, “Black Lives Matter” exists both as a free-to-use by anyone term in the realms of social media and beyond, it is also an established organization with chapters all across the country, including Portland.

Adrienne Cabouet, filed to start a Black Lives Mater chapter here in Portland back in February, and earlier this month the young faction celebrated hosting its first new member orientation.

We caught up with Cabouet, to discuss the mission of Black Lives Matter Portland, the recent revelations that the hashtag #BlackLivesMatter may be under surveillance by local governmental agencies, and why the group has chosen to limit membership to people who identify as being of African descent amongst other things.

TSN: When and why did you decide to file to become a chapter of Black Lives Matter?

AC: Our chapter was founded in February of 2015, and we connected with the national organization founded by Patrice, Aliza, and Opan, in June. We were formed basically because we saw the need for a Black-only space in the Black Lives Matter movement here in Portland, after going to a lot of actions and rallies that were dominated by White folks we realized Black people needed spaces that work around them.

Indeed, and why do you guys feel, in Portland it’s important to have a Black-only space in this movement.

AC: Because the city, although it has a reputation as being very liberal and very progressive it has a continued history of white supremacist violence against Black folks including in organizing spaces. So, a lot of times in meetings there was pretty direct racism and threats. So, it was important in terms of safety, and determination to have a Black-only space.

We work with ally groups, but our actions, our meetings those are planned by Black folks.

TSN: I was reading an article in the LA Times that said, “Black Lives Matter is a slogan, it’s an organization and it’s a movement, but those don’t always overlap.” Can you offer some more insight into the these differences.

AC: #BlackLivesMatter, the hashtag was created in the wake of the non-indictment of George Zimmerman in the murder of Trayvon Martin. Patrisse Cullors, Aliza Garza, and Opal Tometi in the years since, particularly after Ferguson [which is the banner] to a nationwide movement, those three founded the Black Lives Matter Network, of which Black Lives Matter Portland is a chapter. There are [more than 20] chapters in the US, including chapters in Canada and Africa. We are accountable to each other, and accountable to a larger organization, but we operate autonomously. So because it’s an organization and a hashtag, not everyone that uses the hashtag is a part of our organization, you have to be a registered chapter in order to claim affiliation with the network. But, there a number of groups working in the larger movement that use the hashtag, like Black Youth Project, like Don’t Shoot Portland.

TSN: What is it that Black Lives Matter Portland is working for specifically?

AC: We’re working on the campaigns for Kendra James and Keaton Otis, two Black folks that were murdered by the police in Portland. We want new investigations into their deaths, and the firing of the officers that killed them.

We want community control of the police of Portland, Black families who’ve been moved out by intentional gentrification to move back into their homes. We’re starting a Copwatch in Northeast Portland, in the area around PCC Cascade and Jefferson High. And we’re working on more educational programs as well as working with the All-African People’s Revolutionary Peoples Party breakfast program.

TSN: Can you speak to some of what you just mentioned too—why queer and trans people are important to your movement.

AC: This movement was founded by three queer Black women. Previously in the 60s, the Black Liberation movement and Black nationalists were very misogynistic and homophobic, and this time we recognize that those folks are the most marginalized in our community and need to be leading us.

TSN: Indeed. Also, with the news that Black Lives Matter as a hashtag may be under watch by the DOJ and other government organizations, who is BLMPDX moving forward?

AC: We’ve always moved under the assumption that we were being surveilled. We all know the history of COINTELPRO.

TSN: Indeed, and in terms of the work that you all are doing who do you want to be a member of Black Lives Matter Portland?

AC: Every single Black person in Oregon. It is open to all Black folks.  The only way that Black folks are going to get free, is a mass movement for liberation.

TSN: How long do you see movement lasting into the future.

AC: The work that we’re doing now, we’re not going to see the benefits now, it’s going to be for our children.