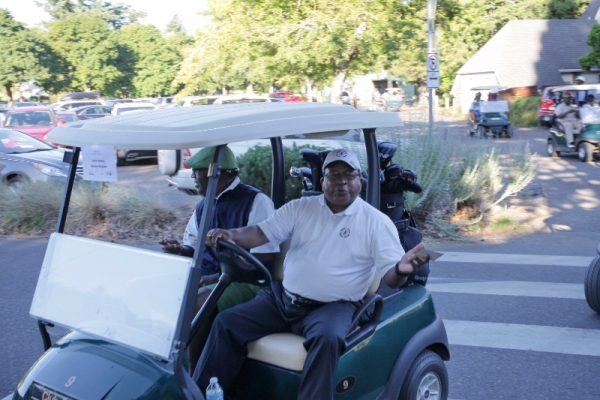 According to Vicki Nakashima, public relations chair for the WSGA, the WSGA formed in 1954 as a coalition of smaller minority golf clubs throughout the west. Nakashima’s club, the Portland-based Leisure Hour Club, was started in 1944 by a group of African Americans who liked to golf.

“African Americans and other people of color were not welcome at even public courses and other facilities,” Nakashima told The Skanner.

There are now 33 member groups and 1,000 active members, most identifying as African Americans or another racial minority, in the WSGA. Members are located in Oregon, Washington, Colorado, Arizona, Nevada and California.

The location for WSGA’s annual tournament rotates throughout the west, but when a city becomes the host it actually hosts for two years in a row, and this is Portland’s second. Since there are few member groups in the Pacific Northwest – just one in Oregon and one in Washington – tournaments are much more commonly held in other states, Nakashima said. The 2017 and 2018 tournaments are scheduled to take place in southern California.

“The majority of the membership is far away. When the decision is made to come to Oregon, the majority of members come from far away,” Nakashima said.

She wasn’t sure when Oregon last hosted a tournament but said she believed previous tournaments had been held in other parts of the state, such as Sun River.

This year participants will play on three different Portland-area golf courses: Heron Lakes in North Portland, the Resort at the Mountain in Welches and Eastmoreland in southeast Portland.

Nakashima said organizers chose Portland due to a grant from the Oregon Sports Authority and Travel Portland, which was made possible by the city’s visitor development fund (made possible by a tax on hotel and car rentals passed in 2012).

Nakashima noted that Leisure Hour also host junior golf programs for youth between the ages of eight and 18, and have programs encouraging women to get more interested in golf, including opportunities for free instruction from volunteers. The WSGA also hosts a Women in Golf Summit as part of the annual tournament.

“The game of golf -- we know from the demographics and the changes in the demographics that it will be women and people of color who will keep golf prospering in the future,” Nakashima told The Skanner.