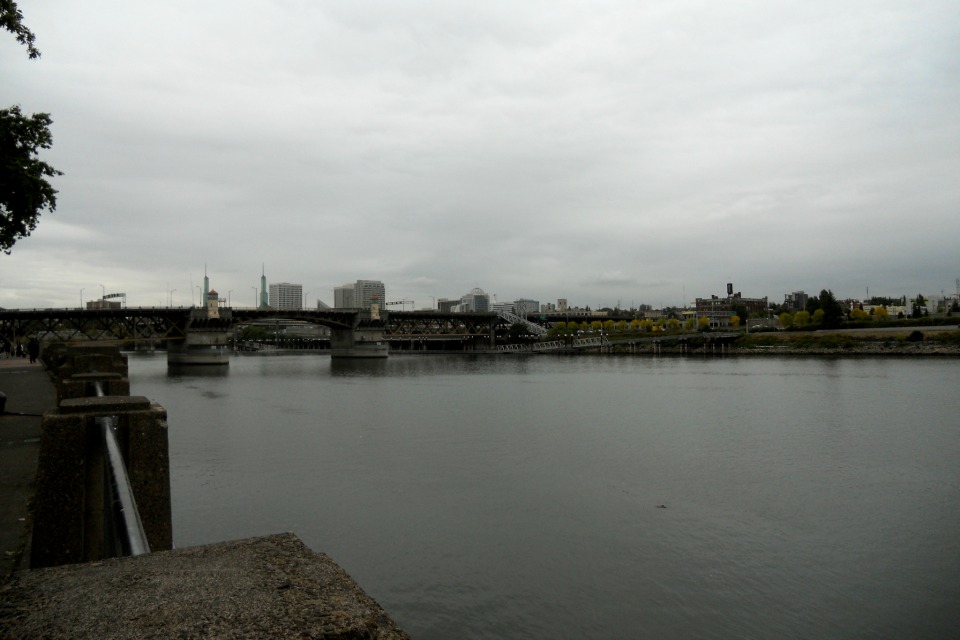 The Women’s March on Portland is moving forward this Saturday with new leadership and a commitment to inclusive feminism, though the NAACP Portland Branch is still not endorsing the event.

Margaret Jacobsen, a 29-year-old Black Portland writer, whose previous organizing experience includes a series of conversations about race called Let’s Talk, took the reins of the event early last week -- just days before the NAACP Portland chapter put out a press release announcing it had withdrawn its prior endorsement of the event.

“We have eight days to get this going, and we’ve just been working nonstop, like 24-7,” Jacobsen told The Skanner Friday. There are two main organizers, she said, and about 50 people who are volunteering to make the event happen. “We’re just trying to make sure that what was handed to us, that we do the best with it.”

The NAACP’s release acknowledges the transition in leadership, quoting chapter president Jo Ann Hardesty saying, “Monday I learned that the original organizers have all resigned and now several Portland women have stepped up to continue this effort.  We applaud this recent development and wish the new organizers much success.”

Hardesty told The Skanner she is not personally discouraging anyone from participating in Saturday’s march -- but she stands by her decision to withdraw and feels the damage done by the original organizers cannot be undone. Constance Van Flandern, a state administrator coordinating communication among the organizers of the national Women’s March on Washington, helping facilitate travel to the national event and certifying the social media presence for local marches in the state of Oregon, said she started hearing concerns about the original organizers’ inclusivity in November.

She received messages from several women of color who were blocked from posting on a private Facebook group dedicated to discussing the event created right after the election, after posting articles about intersectional feminism or questions about whether the voices of immigrants and women of color, as well as lesbian, gay, bisexual and transgender people would be included in the march.

That group’s administrator, Dara Glass, spoke briefly with The Skanner earlier in January, saying she was organizing the march with the help of friends of hers in eastern Oregon, who she described as “dots of blue in a sea of red.”

Van Flandern and Hardesty both said they had difficult interactions with Glass. Van Flandern was concerned that, coming from eastern Oregon, she was out of touch with Portland’s activist communities, which didn’t pair well with her seeming lack of interest in organizing with communities of color.

The latter was the larger concern for Hardesty.

“It’s not about being in Eastern Oregon. It’s about an unwillingness to highlight the women who would be the most harmed under this incoming administration,” Hardesty said.

The Skanner contacted Glass by phone Friday, and she confirmed that leadership of the march had changed hands but had no further comment. According to Van Flandern, Glass stepped down from the organizing role.

Organizers are still crowdfunding for the march with a donation page and T-shirt sales. Previously, Jacobsen said, the crowdfunding site had a $60,000 goal, but she said organizers are now hoping to raise about $10,000 to cover the cost of permits tents and portable toilets.

Lisa Frack, president of Oregon’s chapter of the National Organization for Women, told The Skanner her organization came close to withdrawing its support for the event, but came back on board after Jacobsen assumed a leadership role.

“It started in a place where it felt like old patterns were being repeated, even by being very well- meaning people,” Frack said, alluding to a history of racism in women’s rights movements, dating back to the first campaigns for women’s suffrage.

Jacobsen and Hardy both echoed those sentiments, saying calls for unity can mean the concerns of more marginalized groups are never adequately addressed.

“I think that that has been pushed a lot by people, who in a progressive state of mind think the only way to be progressive is to be unified,” Jacobsen said. “The progressive move would be to say, ‘I recognize that you’re different. How can I support you and help you?’”

“For people at the margins of the society, to tell them to suck up being marginalized for the sake of unity is something you can only say from a position of privilege,” Hardesty said. She added that it can be a particular challenge in the Northwest, where people place a high value on being polite – often at the expense of frank discussion, especially about race and racism in progressive movements. “The biggest challenge to unity is to work through that discomfort.”

Hardesty said the she’s putting her energy into organizing a Jan. 28 march through Northeast Portland, and that she hopes to see more inclusive coalition-building to resist Donald Trump’s presidency. That march is endorsed by the NAACP Portland Branch, the Albina Ministerial Alliance Coalition for Peace and Justice, the Urban League of Portland, Unite Oregon, the Muslim Educational Trust and Portland Copwatch, among others.

The Women’s March is the largest demonstration planned for the weekend of president-elect Donald Trump’s inauguration, though several other organizations have planned protests in Portland and Washington, D.C.

Jacobsen -- whose discussion groups drew about 20 people per meeting when first organized following the death of Michael Brown but get about 200 people since the election -- sees Saturday’s march not as a standalone event but as the beginning.

“We’re just trying to make sure that what was handed to us, we do the best with it. We’re trying to challenge people to rethink how they’ve been living and dismantle White supremacy. And it’s not just about, ‘Now there is a Black person leading us, so it’s OK,” Jacobsen said. “This is the beginning of a long journey.”

In addition to the Portland march, organizers are planning sister marches around the state.

The Women’s March meets at 12 p.m. Saturday at Tom McCall Waterfront Park. The Albina Ministerial Alliance’s march for peace and justice will meet at 10 a.m. Jan. 28, at the Martin Luther King statue in front of the convention center.