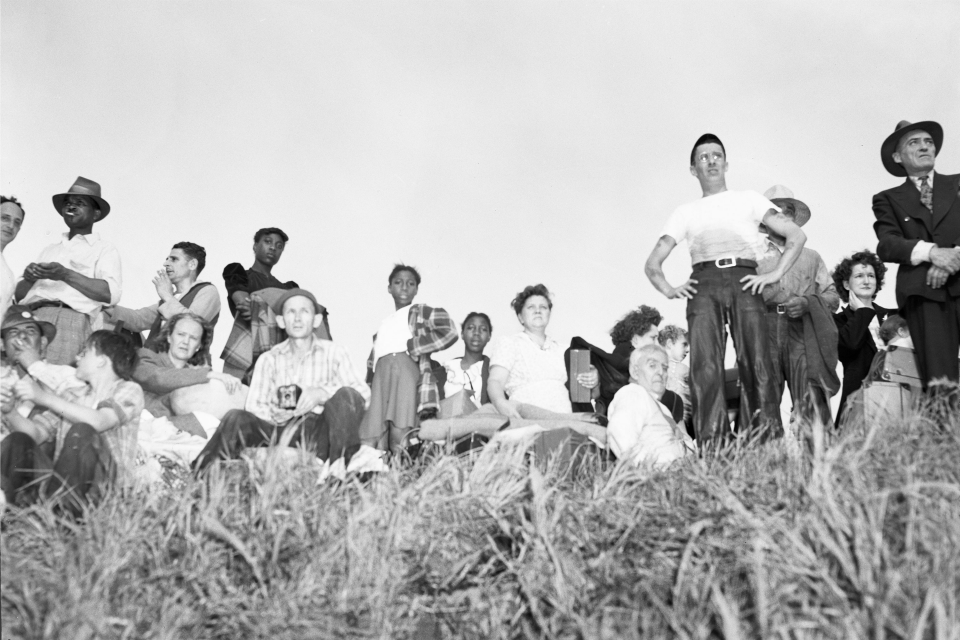 By Melanie Sevcenko | The Skanner News
Published: 30 May 2017

After 69 years, the lost city of Vanport received the recognition that survivors of its calamitous flood have long been waiting for.

At 11 a.m. Tuesday, the Oregon State Senate unanimously voted on Senate Concurrent Resolution 21 to officially commemorate the anniversary of the Vanport flood.

In 1948, the disaster washed away Oregon’s second largest city – and most racially diverse – and displaced close to 20,000 residents, about 6,500 of them African Americans. At least 15 people perished that day, among them a two-year-old boy and his 11-month-old sister.

Following the floor session, Vanport survivor Sen. Jackie Winters (R – Salem) and House Speaker Tina Kotek (D – North Portland), whose district includes the area where Vanport once stood, hosted a reception outside the Senate chamber to pay tribute to those who survived and those who tragically lost their lives.

Last week, Kotek congratulated the various groups and advocates which “have been doing great work to increase awareness and honor the legacy of the Vanport community. This commemoration is an effort to build upon their work and honor the former residents and survivors of the flood, including Sen. Winters,” she told The Skanner.

Winters said she “remembers that Sunday afternoon very clearly as if it were yesterday,” narrowly escaping with the clothes on her back and her dog Kippy. In particular, Winters recalls the many times she and her family moved around Portland after being displaced – sleeping on cots in Jefferson High School and in churches – until they eventually secured permanent housing.

“African American survivors found it especially difficult to locate housing in Portland, as city officials there continued their discriminatory policies of red-lining to force crowding of African American residents into the Albina community – just because the color of their skin,” Winters said while addressing the Senate floor on Tuesday.

Stories like Winters’ are recounted in The Wake of Vanport – a series of short documentaries that capture the memories of those who lived in Vanport and survived its demise. The Skanner Foundation, through its North Portland Multimedia Training Center, created the oral history project.

Vanport was built in 1942, largely as temporary housing during the Second World War. Many of its residents were transient laborers that were employed to work on the Kaiser shipyards in Portland and in Vancouver, Wash.  Vanport took its name from both cities.

Largely recognized as a center of diversity, Vanport was home to some of the first Black teachers and policemen in the state during wartime.  And while covering only 650 acres, the city was self-sustaining, equipped with shopping centers, a hospital, post office, library, schools, and even a movie theater.

On that fatal day of May 30, 1948 – shortly after 4:00 p.m. – a 200-foot section of the dike holding back the Columbia River collapsed, drowning Vanport in less than two hours. The loss of property totaled millions of dollars.

Today, Delta Park rests on the former site of Vanport. But through an effort of community members, historians and survivors, a petition and campaign has been launched to change the name of the park to Vanport.

The “Triple Nickles” were a Black World War II paratrooper unit that deployed to Pendleton Field, Oregon near the end of war. In their honor, a marker will be unveiled on June 3 at the Siskiyou Smokejumper Base Museum, located at the airport in Josephine County.

The legislative assembly also commemorated the 75th anniversary of the internment of Japanese Americans with Senate Concurrent Resolution 14. It acknowledges the injustice, pain and suffering inflicted on Japanese Americans during World War II and recognizes Feb. 19 as a national Day of Remembrance.