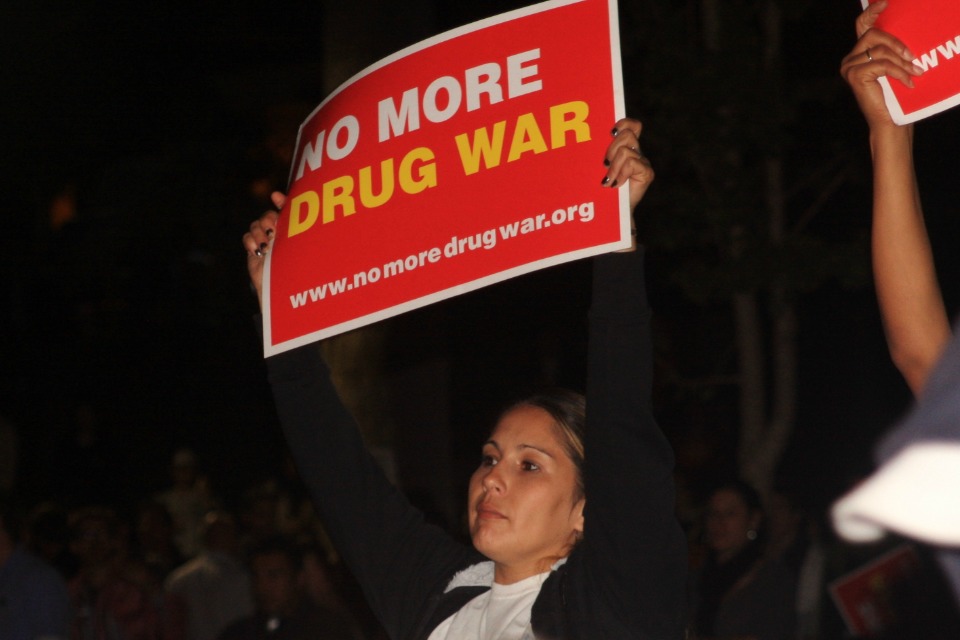 Oregon legislatures passed a landmark bill this week that reclassifies small scale possession of illegal drugs – heroin, methamphetamine, cocaine and others – from a felony to a misdemeanor.

The reclassification is part of a broader trend to “defelonization,” with 18 states having already defelonized small possession of drugs.

The new legislation knocks down small possession to a Class A misdemeanor, which could result in one year in jail and/or a $6,250 fine.

Last March, the ACLU of Oregon conducted a poll which found that 73 percent of state voters overwhelming favored changing small scale possession charges from a felon to a misdemeanor.

It seems the state legislature felt the same way.

Passing such a bill is an attempt to addresses mass incarceration, as well as racial disparities, connected to life-damaging drug charges.

“Drug sentences, felonies in particular, end up being life time sentences in our society, not just short term ‘debts paid to society,’” said Sen. Lew Frederick, who has vocally supported the bill.

According to the Drug Policy Alliance, U.S. law enforcement makes at least 1.2 million arrests on drug possession every year. On any given night, at least 133,000 people are behind bars in U.S. prisons and jails for this very charge.

Moreover, Black people comprise just 13 percent of the U.S. population, but they make up roughly 35 percent of those incarcerated in state prison for drug possession.

When signed, House Bill 2355 will direct people who are found with small amounts of drugs to treatment programs in county jails and communities, instead of to state prison, which has proved to be unsuccessful in reversing drug use.

Softening drug penalties falls in line with addressing drug abuse as a public health concern, especially as state populations are facing a spike in opioid addiction.

Oregon’s new bill echoes the sentiments of a handful of states that are looking towards “decriminalization,” meaning an end to criminal penalties for drug possession.

In 2016, Maryland introduced the first state-level decriminalization bill, followed by three corresponding bills to reform drug policy back in January.

Meanwhile, the Drug Policy Alliance is calling for an end to the widespread practice of arresting people on drug use or possession.

The advocacy group recently released a report, endorsed by numerous groups and organizations, which lays out how jurisdictions in the U.S. can make steps towards ending the criminalization of drug users.

“Defelonization efforts can’t be an end in themselves, but they can serve as crucial milestones to drug decriminalization,” said Kaltenbach. “We need to focus our limited resources on health-based approaches instead of criminal approaches.”

Yet on the federal level, opinions differ greatly. Attorney General Jeff Sessions is attempting to ramp up the “war on drugs” by seeking to undo criminal justice policies of the Obama administration, while pursuing mandatory minimum sentences for low-level, nonviolent drug offenses.

In Oregon, House Bill 2355 was favored by both Democrats and Republicans in the senate vote.

The bill also aims to end police profiling by mandating that all officers in the state collect data on a person’s perceived race, ethnicity, age and sex when making pedestrian and traffic-stops.  The findings would then be reviewed by the Oregon Criminal Justice Commission to identify patterns or practices of profiling.

“People of color are disproportionately stopped by law enforcement, and yet report after report shows that they actually have less contraband on them than white people,” said Lisa Loving, communications manager at Unite Oregon, which sponsored the bill.

During preparation of HB 2355, both the Oregon Sheriff’s Association and the Oregon Chiefs of Police acknowledged the existence of racial disparities in people stopped for offenses.

Furthermore, a study by the Oregon Criminal Justice Commission found that African Americans in the state were convicted of felony drug possession of methamphetamine, heroin and cocaine at more than double the rate of white people in 2015 – even though drug use across race and ethnicity is roughly the same for Americans.

“If the path to prison is disrupted by fewer people rounded up in an ineffective system, we can focus on repairing people, neighborhoods and communities,” said Frederick, “rather than simply punishing people using a system that has failed to address the underlying causes of drug use.”