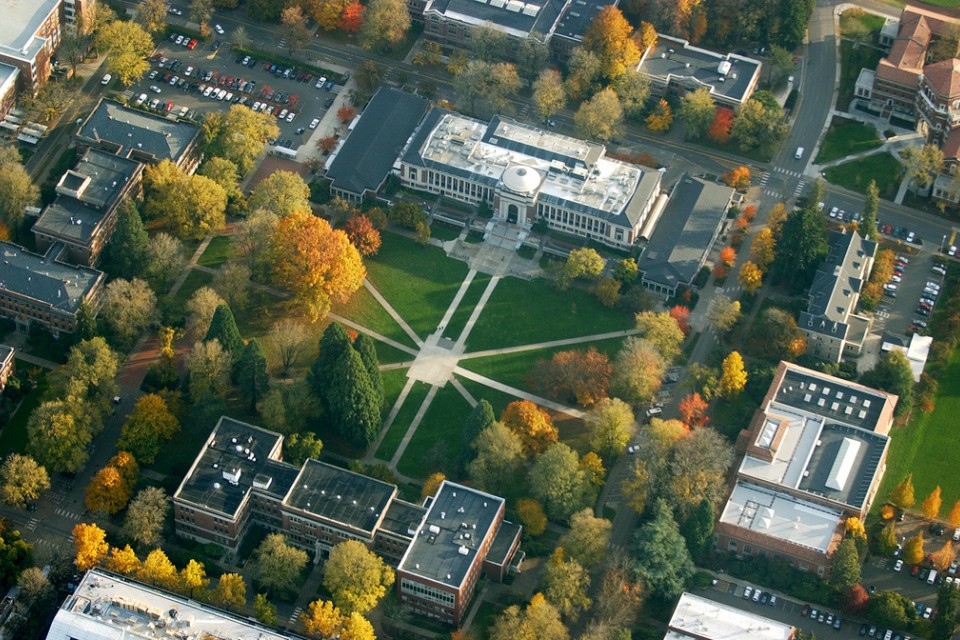 CORVALLIS, Ore. (AP) — Oregon State University President Ed Ray announced he has decided to rename Avery Lodge and Benton Hall on the Corvallis campus on grounds that their namesakes have historical links to racist beliefs.

The Gazette-Times reports that Ray made the announcement on Monday following a months-long process by the university to look into its buildings' history.

Ray also said that the names of Arnold Dining Center and Gill Coliseum, two other buildings that were under consideration, will not change.

Ray said that Joseph C. Avery's views and political engagement in the 1850s to advance slavery in Oregon are inconsistent with the university's values. He said Benton Hall should be renamed to make it clear it's named for the community in Benton County, which funded the construction of the building.