The ‘New Normal’: Seattle and Portland Prepare for Increased Wildfires 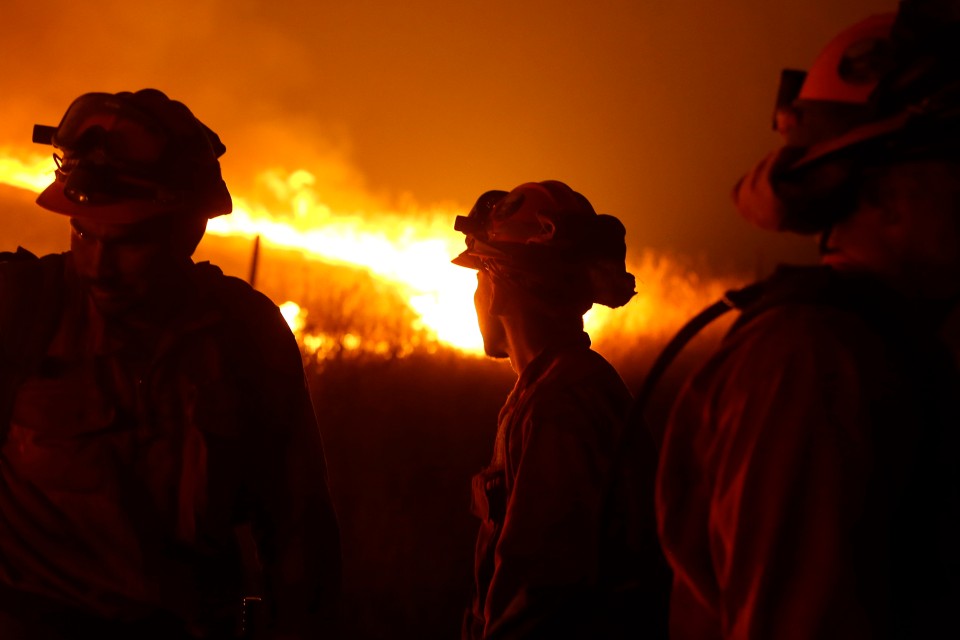 For a short period last summer, three major cities in the Pacific Northwest (Portland, Oregon, Seattle, Washington and Vancouver, British Columbia) topped the list of cities with the worst air quality on the planet due to a slew of wildfires scorching the region. Seattle and Portland are taking proactive measures to minimize public health risks heading into a ‘new normal’ with more wildfires.

Many recall the hazy days last fall as the smoke from wildfires around the region ominously dulled the sun’s rays, giving the area a foreboding nuclear winter aesthetic. This haze is due to billions of particles drifting in the air. Larger particulates may cause irritation to the eyes, nose and throat; however, smaller particulates can enter the bloodstream leading to a host of complications.

These tiny, tiny particles kind of evade your body’s defenses.

“Big particles something the size of cigarette ash, that kind of gets stuck in your nose and mouth and you spit it out, but as [the particles] gets smaller and smaller, [the particles] get further and further…,” into your body explains Paul Lewis, MD, MPH, a health officer with Multnomah County in a phone interview with The Skanner. “You can’t just spit it out and the concern whether it’s cigarette smoke, or wildfire smoke, or tire fire smoke is that these tiny, tiny particles kind of evade your body’s defenses.”

To prevent both short-term and long-term health effects filtering these smaller particulates is key. Last month the city of Seattle announced a series of upgrades to select community centers and other city facilities to protect at-risk communities heading into the summer wildfire season.

It’s time to prepare for what may be our new normal.

“It’s time to prepare for what may be our new normal,” explained Mayor Durkan in a press release. “As wildfires become more prevalent in our region and smoke from wildfires becomes a growing concern, we are doing everything we can ensure that our communities are prepared. By upgrading our public facilities to provide cleaner indoor air, we are ensuring our residents have a safe location to breathe more easily in extreme conditions.”

As part of the pilot project, the city will invest in five facilities, including outfitting the buildings with air filtration systems to enhance air quality. Impregnated carbon will also be used to filter pollutants. Seals have been used along access doors to minimize air leaks at these community centers. In some locations the city is in the process of installing air curtains to keep smoke from entering facilities. Select buildings will receive “air scrubbers approved to the highest industry standards,” per the press release. Together, these upgrades will help the city improve air quality by reducing fine particulate matter from wildfire smoke.

“Multnomah County has identified County buildings that can serve as cleaner air spaces meeting Environmental Protection Agency standards in the event of a smoke emergency. The County is taking this action as part of its long-term strategy for protecting vulnerable residents from wildfire smoke,” explained Multnomah County’s Communications Office in a statement to The Skanner.

Multnomah County is preparing for a future with more wildfire smoke emergencies.

“Multnomah County is preparing for a future with more wildfire smoke emergencies. Experts have already inventoried all of the County facilities' filtration systems and purchased outdoor and indoor quality monitors to inform County leaders when air quality becomes unsafe. A clean air space includes central air conditioning and filtration systems that meet or exceed EPA filtration recommendations. For larger commercial buildings and those with central air, EPA recommends a filter rated to Minimum Efficiency Reporting Value 8 or higher, and greater protection is offered by filters rated MERV 13 or higher. County leaders will consider a number of factors before opening a cleaner air space, including the severity of smoke, the length of the event, the location of the incident, and the resources available,” explained Ryan Yambra communications coordinator with Multnomah County’s communications office.

Currently, there are no specific upgrades in the works to enhance indoor air quality at cooling centers in Portland. However, the county is looking into replacing filters with a lower MERV rating than recommended by the EPA. Additionally, industry experts are calculating both the “cost and scope of work for the upgrades,” according to Yambra.

Low Birthweights and Other Long-Term Effects

While wildfire smoke inhalation may lead to short-term effects such as coughing, wheezing, headache, fatigue, shortness of breath, etc. there are many other long-term effects these fires may have on subsequent generations. For example, in 2003, researchers at UC Berkley analyzed birth records involving more than 130,000 mothers residing in areas exposed to wildfire smoke during seven Southern California wildfires. The study determined that "the women exposed to the smoke had babies whose birth weights were measurably lower."

The air you breathe is affecting the next generation

“The most disturbing, and I’m speaking more about air pollution and particulates in particular, is with outcomes with pregnancy and low birthweight,” explains Lewis. “So again that’s pretty profound, right? That the air you breathe is affecting the next generation… I use that example because like ‘wow that’s a long way from the lungs.’”

“That’s why we are pretty passionate about controlling the sources of air pollution that we can control and I think the reason you’re on this story is that we don’t have a fan big enough to blow the smoke away,” explains Lewis.