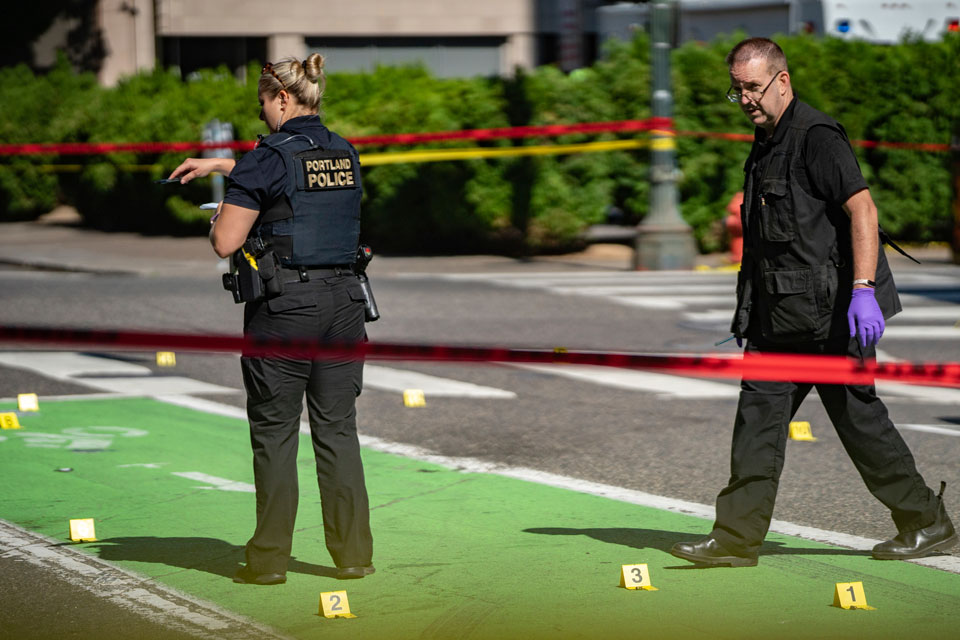 PORTLAND, Ore. (AP) — Gripped by gun violence that’s affecting cities across the nation, Mayor Ted Wheeler, on Thursday issued a new emergency declaration with the goal of reducing gun killings by at least 10% over the next two years.

The initiative directs $2.4 million to community groups and prevention efforts.

“Emergency declarations can get results the status quo cannot,” Wheeler said during a briefing at City Hall.

“We will not stop until the gun violence stops.”

The number of shootings in Oregon’s biggest city soared above 670 in the first half of 2022 - ahead of the pace for the same period last year. 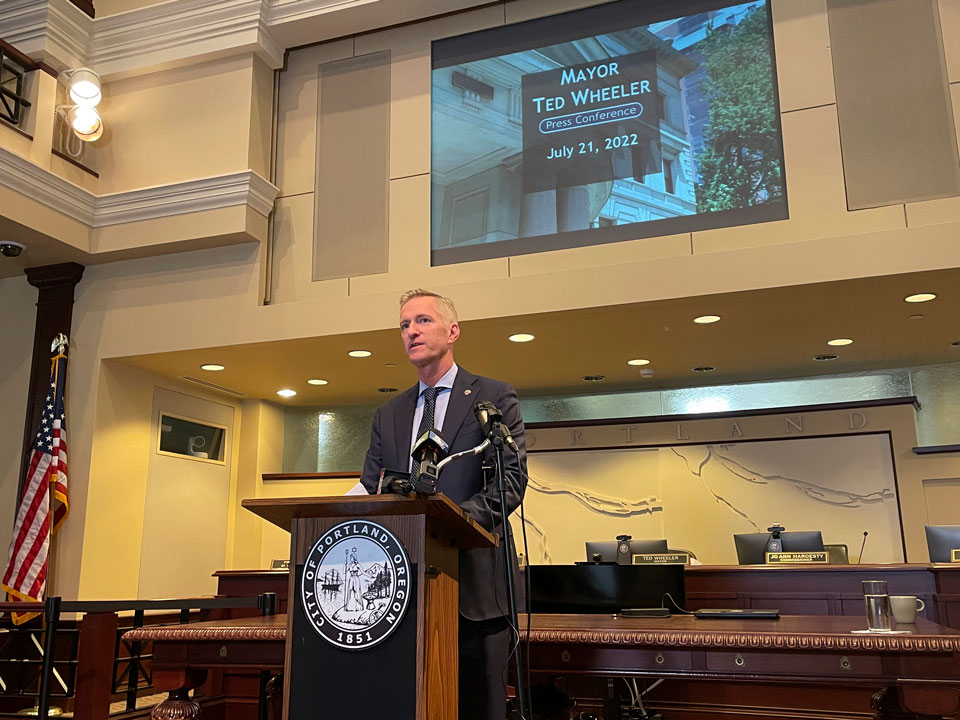 Mayor Ted Wheeler makes an announcement of a new initiative to combat surging gun violence in Oregon's largest city on Thursday, July 21, 2022, in Portland, Ore. The initiative directs $2.4 million to community groups and prevention efforts. (AP Photo/Claire Rush)Guns have been fueling a surge of deadly violence in Portland in a trend that’s been playing out across the U.S. Firearm homicide rates nationwide jumped 35% between 2019 and 2020, the highest rate in more than 25 years, according to the Centers for Disease Control and Prevention.

In the face of growing violence, many cities are now trying to navigate how to maintain public safety while also addressing the calls to reform and “defund” the police sparked by George Floyd’s murder, as racial justice activists seek to have police budgets reallocated to other social services.

Portland, which was roiled by near-nightly Black Lives Matter protests for months in 2020, cut the city’s police budget by $15 million that year. But in November it reversed course, funneling $5.2 million back to the police department as homicides skyrocketed.

At the briefing, Portland Police Chief Chuck Lovell announced that 16 new police officers were sworn in on Thursday in what he described as the “largest new hire event we've had in a very, very long time." The officers are part of the 300 additional police bureau staff the city aims to hire over the next three years.

But despite the recent recruits and funding bumps, Lovell said personnel shortages are hampering his department's ability to fight crime.

“It’s one of our high priorities to bring the staffing level at the bureau back up,” said Lovell.

“We are working as hard as we can to solve these cases.”

Signaling a shift away from the city's recent cuts to its police budget in 2020, Wheeler said he plans on increasing the department's funds. “As long as this crisis exists, there will be funding," Wheeler said.

The initiative aims to enhance and centralize cooperation between law enforcement and community groups with the goal of increasing outreach to individuals at risk of being involved in gun violence.

Wheeler’s emergency declaration came in response to a report released by the Portland Police Bureau and the California Partnership for Safe Communities, a nonprofit that advises cities on reducing gun violence. The report found that last year Portland had a homicide rate of 13.5 per 100,000 people, roughly double the nationwide rate.

The number of homicides in Portland surpassed more populous cities like San Francisco and Boston. The Oregon city had twice as many slayings compared to its larger Pacific Northwest neighbor Seattle.

Portland reported a record 89 homicides last year, a 65% increase compared to 2020, according to the Portland Police Bureau. The vast majority of those homicides involved a firearm.

Shootings in Portland disproportionately affect communities of color. Black people make up just 6% of the city’s population, but account for nearly 39% of homicide victims.

Communities across the U.S. are grappling with the spike in shootings, with many still reeling from a string of killings that targeted a Fourth of July parade in a Chicago suburb, Black shoppers at a supermarket in Buffalo, New York, and children at an elementary school in Uvalde, Texas.

In the wake of high-profile shootings, Congress last month passed its most significant gun violence bill in 30 years. The legislation will enhance background checks for gun buyers under 21 years of age, toughen laws preventing domestic violence offenders from obtaining firearms, and provide billions in funding for mental health and crisis intervention programs in communities and schools.

Claire Rush is a corps member for the Associated Press/Report for America Statehouse News Initiative. Report for America is a nonprofit national service program that places journalists in local newsrooms to report on undercovered issues.