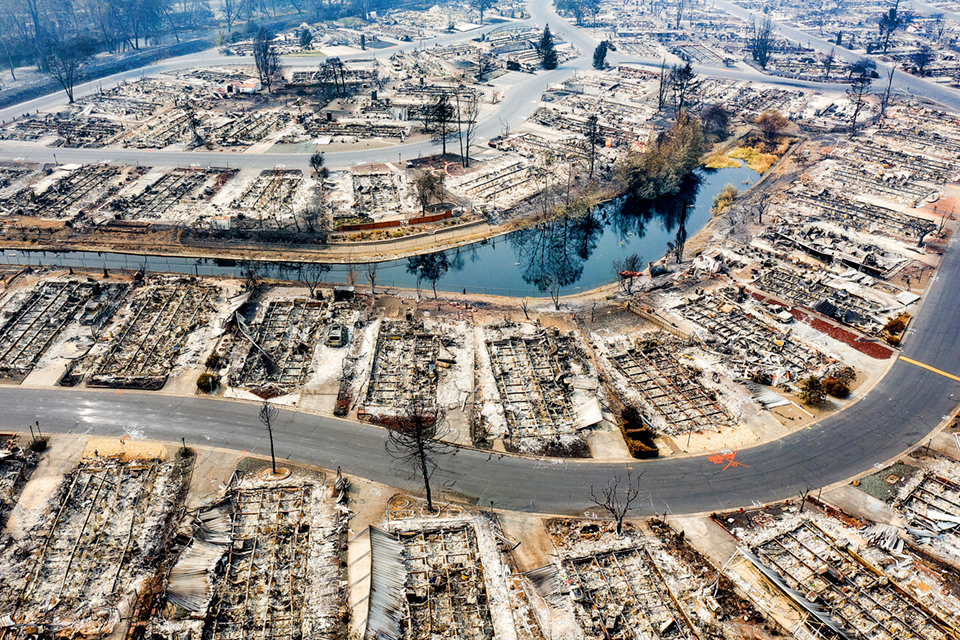 PORTLAND, Ore. (AP) — A new map in Oregon that rated the wildfire risk of every tax lot in the state — labeling nearly 80,000 structures as high-risk — generated so much pushback from angry homeowners that officials abruptly retracted it, saying they had not done enough local outreach before publicizing the ambitious project.

The rapid reversal, announced late Thursday, capped weeks of mounting frustration in mostly rural areas as the map emerged as a new flashpoint for conservatives who call it government overreach and “climate change evangelism.” 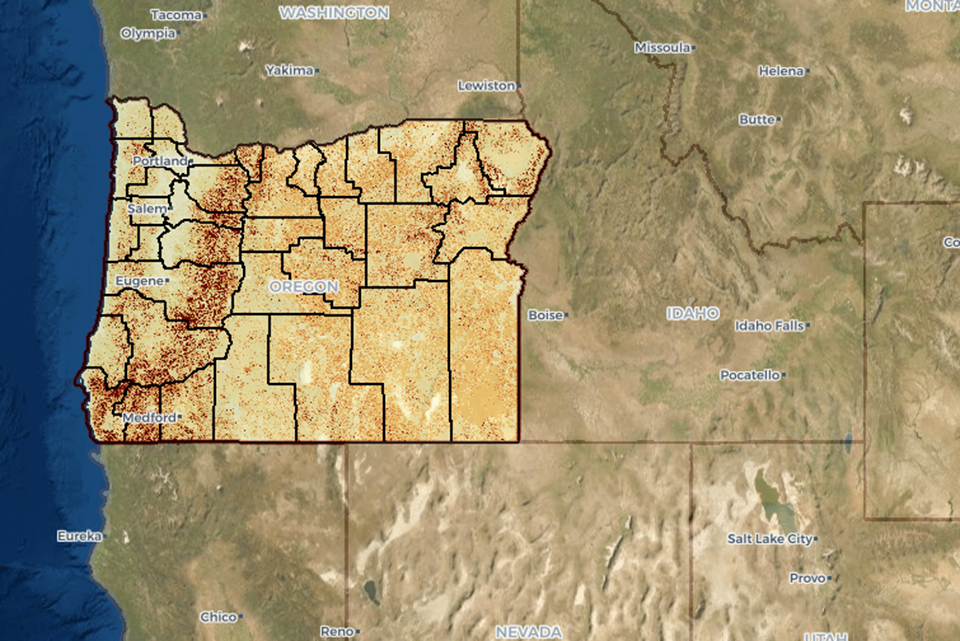 Oregon State Forester Cal Mukumoto said in a statement his agency got specific feedback from 2,000 residents about problems with the risk designations that were assigned by the Oregon Explorer project and said climate scientists would refine the map and reissue a new version at a later date.

The map was part of a $220 million bill passed last year to prepare Oregon for worsening, climate change-fueled wildfires.

“While we met the bill’s initial deadline for delivering on the map, there wasn’t enough time to allow for the type of local outreach and engagement that people wanted, needed and deserved,” wrote Mukumoto, who reiterated that Oregon is at a critical juncture with wildfires and needs to take bold action. “We know how important it is to get this right.”

Fierce opposition bubbled up at community meetings prior to the state's step back. Residents and some local officials worried it would lead to insurance rate increases or coverage loss, while others bridled at new mandates for defensible space and rules for future construction that flow from the map's designations.

One information session in the conservative southwest corner of the state was canceled after someone threatened violence.

“I’m sitting in a place here right now where I’m overlooking several hundred acres that are irrigated, they’re green year-round and yet they’re in ‘high’ or ‘extreme’ risk category. They’re never going to burn,” said Brandon Larsen, who spoke during a session that was moved online in Medford.

“This is more about climate change evangelism than it is about actually protecting people from the risks that are out there."

The Oregon Department of Forestry, which created the risk map with experts from Oregon State University, said the fire policies triggered by the initial map are intended to prevent more catastrophic wildfires — not make life more difficult for homeowners.

“Many of the comments that we’ve received and much of the concern is around, ‘I’ve already done what I can around my home so I should be at a lower risk.’ This isn’t a risk assessment of that defensible space," Derek Gasperini, agency spokesman, said before the map was retracted.

"The map is the risk of wildfire occurrence and there are certain things you just can’t impact. You can’t affect the weather, you can’t change the fact that you live in a hot and dry climate.”

With climate change, wildfire risk maps like Oregon's are likely to become increasingly common for homeowners, and even those maps will need to be updated frequently to keep up with the changing dynamics of climate change, said Noah Diffenbaugh, a climate scientist at Stanford University.

California, which has long had hazard maps, passed a new law in 2018 requiring homeowners in high-risk areas to pass a defensible space inspection before buying or selling the property.

Meanwhile, the population of the U.S. West in the so-called wildland-urban interface — the boundary where development encroaches on natural areas — grew the fastest in places with vegetation that's the most sensitive to drought and most vulnerable to fire, Diffenbaug said.

Oregon is trying to address that challenge with a sweeping bill that was voted into law after a barrage of fire storms across Oregon in September 2020 that burned more than 1 million acres and destroyed 4,000 homes, many of them in rural areas.

Starting next year, property owners on tax lots designated “high” or “extreme” risk that also fall within the updated wildland-urban interface must comply with minimum defensible space requirements. Those requirements, which are still being decided, could include things such as cutting tree limbs that are less than six feet from the ground, clearing up to 100 feet from the home and removing trees and branches that overhang roofs and chimneys.

State officials are also creating a building code for future development in these areas that will require things like attic vents, fire-resistant roofing and fire-resistant siding for any construction that requires a permit. Existing homes do not need to be changed.

Those provisions remain the same despite Thursday's action.

“I call it commonsense fire safety, and in all reality a lot of Oregonians are already doing this work or going well beyond this work to keep their homes safe” in these high-risk areas, said Assistant Chief Deputy Chad Hawkins with the Oregon State Fire Marshal.

Grants will be available to homeowners who can't afford to clear around their property and when the mandates first take effect the state will focus on education, not penalties, Hawkins said.

Still, many homeowners are wary of the mapping project and worry about their insurance coverage and property value.

“After looking at this map, you guys have blanketed lots of areas as the same designation and nobody ever came out to our house to designate us, high, low or whatever,” Sherry Roberts said of the first version of the map. Roberts said she was evacuated but her irrigated farm survived southern Oregon's massive Obenchain Fire in 2020.

Those who specialize in wildfires and the insurance industry said fears that coverage would be reduced or canceled specifically because of Oregon's new risk map were unfounded.

Insurers “have way better maps. They're not going to just take the state's word on the maps,” said Michael Wara, director of the Climate Energy Policy Program at Stanford University’s Woods Institute for the Environment.