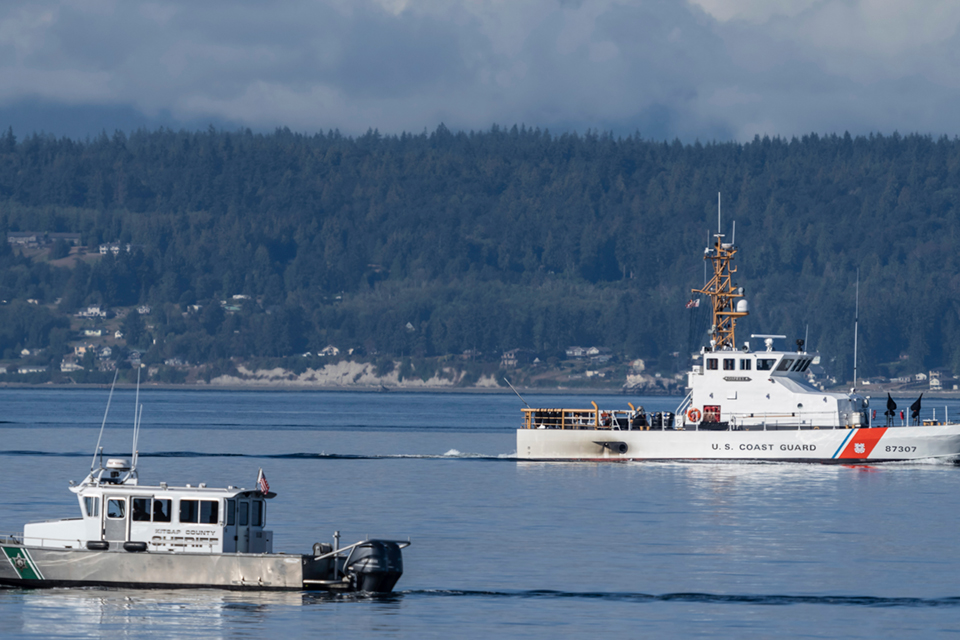 WHIDBEY ISLAND, Wash. (AP) — A civil rights activist from Spokane, Washington, a business owner and the founder of a winery and his family were on the floatplane that crashed in the waters of Puget Sound, killing 10.

The U.S. Coast Guard released the names of the victims early Tuesday. The body of one of the dead was recovered by a good Samaritan after Sunday afternoon's crash. The other nine remain missing despite an extensive search.

Leaders of thier communities

The Northwest Seaplanes flight was on its way from Friday Harbor, a popular tourist destination in the San Juan Islands, to a Seattle suburb when it went down without sending out a distress call.

Mickel was the founder of Woodinville-based Ross Andrew Winery.

“We are deeply saddened and beyond devastated at the loss of our beloved Ross Mickel, Lauren Hilty, Remy and their unborn baby boy, Luca,” the Mickel and Hilty families said in a statement. “Our collective grief is unimaginable."

"They were a bright and shining light in the lives of everyone who knew them."

The Washington State Wine Commission said in an email that Ross had "an incredible impact on the Washington wine community" and will be greatly missed.

Williams was a lecturer, filmmaker, founder of the Carl Maxey Center and editor of The Black Lens, an African American-focused newspaper.

“Sandy was a voice for the voiceless, a tireless advocate for marginalized people in Spokane, a journalist unafraid to speak truth to power, a builder of hope in her vision for the Carl Maxey Center, and a beloved friend to countless members of our community," The Spokane County Human Rights Task Force said on Facebook.

“I am devastated to learn of Sandy Williams’ passing and we @GonzagaU extend our condolences to her family, many friends and colleagues," he tweeted. "Sandy: Rest In Peace.”

Joanne Mera was a business owner from San Diego, The Seattle Times reported. Her niece, Sami Sullivan, said she was visiting family in Seattle when the crash occurred. She leaves behind three children and a husband of more than 30 years, Sullivan said.

“Joanne Mera was someone everyone gravitated towards,” Sullivan said in a statement. “She was the life of any party and the soul of our family. She was the best mom, wife, sister and friend."

The Coast Guard ended the search for survivors Monday afternoon after “saturating an area” of more than 2,100 square nautical miles (nearly 2,800 square miles or 7,250 square kilometers).

“All next of kin have been notified of this decision,” the Coast Guard said on Twitter. “Our hearts go out to the families, loved ones and friends of those who remain missing and the deceased.”

The plane went down in Mutiny Bay off Whidbey Island, roughly 30 miles (50 kilometers) northwest of downtown Seattle and about halfway between Friday Harbor and its destination in Renton, just south of Seattle.

Whidbey Island resident Jeff Brewny and his wife were walking their dog Sunday when they heard a loud boom.

“First thought was thunder. It was that loud,” he said. “There was no flash like you get with lightning. So, you know, I thought it was a boat exploded. It was that devastating. My dog went crazy.”

The owner of the seaplane company was aboard one of two flights that took off on Sunday, Scott Giard, director of the U.S. Coast Guard’s search and rescue for the Pacific Northwest, said at a new conference.

The owner told authorities he saw the other plane divert slightly off course and he tried to make radio contact but was unable to.

“Shortly after that, he noticed on his flight tracker that the flight had stopped tracking and notified authorities," Giard said. 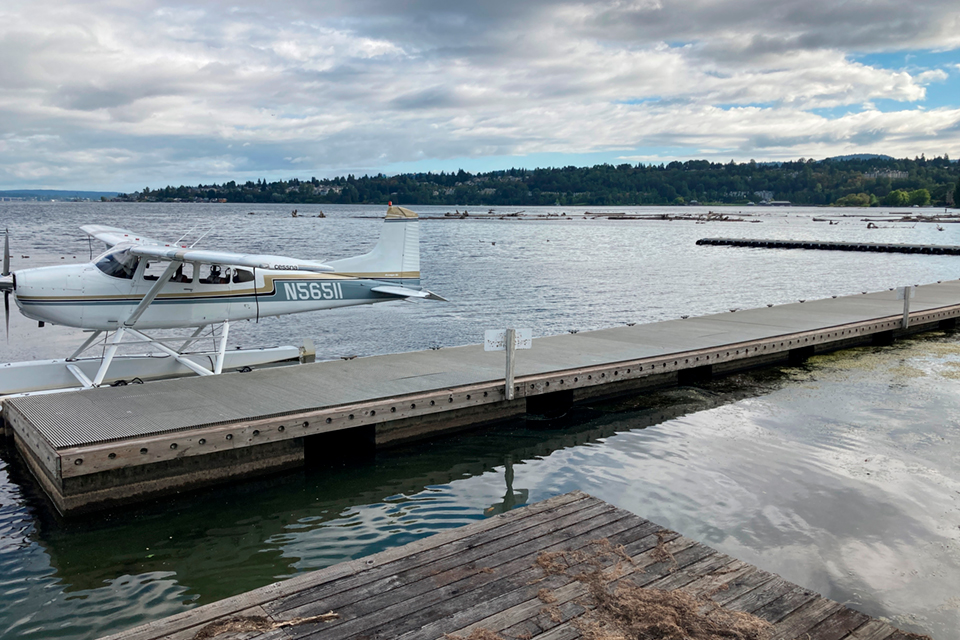 The home base for Northwest Seaplanes and Friday Harbor Seaplanes at the Renton Municipal Airport was quiet Monday, Sept. 5, 2022, as they awaited reports from the U.S. Coast Guard, which is searching the waters of Puget Sound northwest of Seattle after one of their floatplanes crashed on Sunday, Sept. 4, afternoon. One body was recovered and nine remained missing on Monday. (AP Photo/Martha Bellisle)

Officials received reports that “the aircraft dropped suddenly at a fair amount of speed and hit the water,” Giard said. “We don't have any video or pictures of the incident as of this moment.”

There was no distress call or distress beacon from the crashing plane, he said. The aircraft has an electronic locating transmitter onboard, but they have not received any transmission.

“That is very typical in times where there is either a hard landing or a crash of an aircraft,” he said.

The cause of the crash is unknown, authorities said.

The National Transportation Safety Board said Monday they’re sending a team of seven to investigate the crash of the DHC-3 Turbine Otter.

Coast Guard searchers found “minimal debris,” Giard said. By Monday afternoon, they had only found three to four long and narrow pieces of aluminum, very few personal items, a seat and some small pieces of foam.

Without a clear picture of the actual crash, and not knowing whether it exploded on impact or immediately sank to the sea floor, 150 to 200 feet (45-60 meters) below, it's difficult to know what happened to the plane, he said.

Northwest Seaplanes is a family owned business founded by Clyde Carlson, according to the company's website.

The company's business office next to the seaplane dock at the Renton Municipal Airport remained closed behind fencing Monday. The only visible activity was two people hugging near the front door.

A woman who answered the phone early Monday said they’re waiting to learn more and are devastated by the crash.

“It’s a small crew. Everyone’s close,” said the woman, who would only give her first name, Michelle. She declined to say more.

The company posted a message on Facebook late Monday saying they are heartbroken.

“We don’t know any details yet regarding the cause of the accident,” the post said. “We are working with the FAA, NTSB and Coastguard. We have been in communication with the families. We are praying for the families involved, including our pilot and his family.”