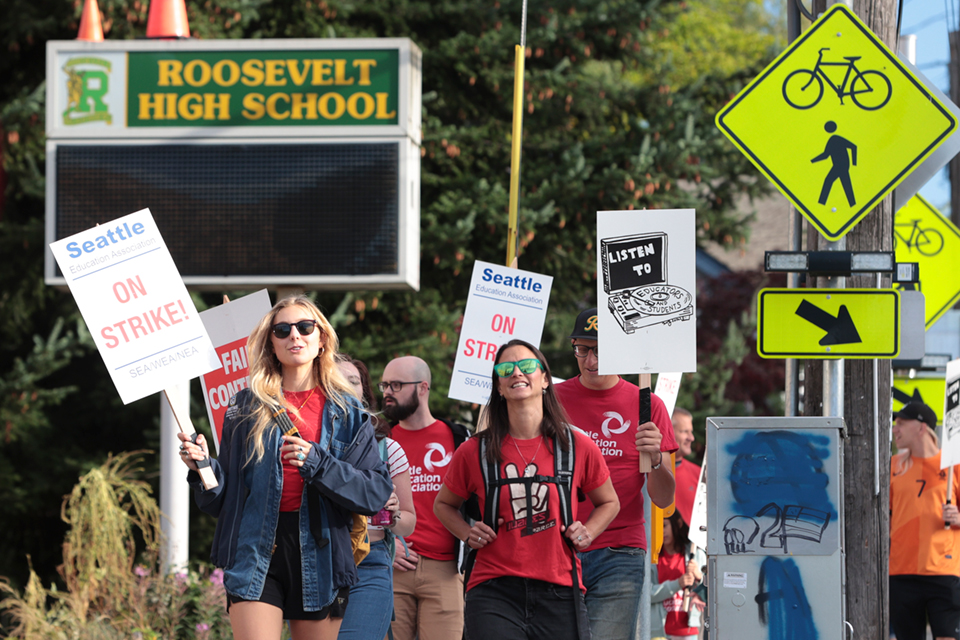 SEATTLE (AP) — The first day of classes at Seattle Public Schools Wednesday was cancelled and teachers are on strike over issues that include pay, mental health support, and staffing ratios for special education and multilingual students.

“No one wants to strike,” Seattle Education Association President Jennifer Matter said. “But SPS has given us no choice. We can't go back to the way things have been.”

The district said in an email to parents that it was “optimistic the bargaining teams will come to a positive solution for students, staff, and families.”

Districts around the country have faced labor challenges as the pandemic put extraordinary stress on teachers and students alike. An infusion of federal stimulus money has helped stabilize school district budgets, and teachers unions have sought to improve pay, resources and working conditions after a difficult few years.

High inflation, a national teacher shortage and the goodwill teachers earned from their pandemic-schooling efforts are all bolstering union efforts, said Bradley Marianno, an assistant professor of education policy at the University of Nevada, Las Vegas.

School in the Seattle suburb of Kent was supposed to start Aug. 25 but has been delayed as teachers there strike. Early Wednesday the union said it had reached a tentative agreement with the district.

In Denver, marathon bargaining sessions resulted last week in tentative agreement for an 8.7% raise for educators, a higher salary for first-year teachers, and more money from the district for health insurance costs.

Teachers in Minneapolis, Chicago and Sacramento walked out earlier this year before securing new contracts. 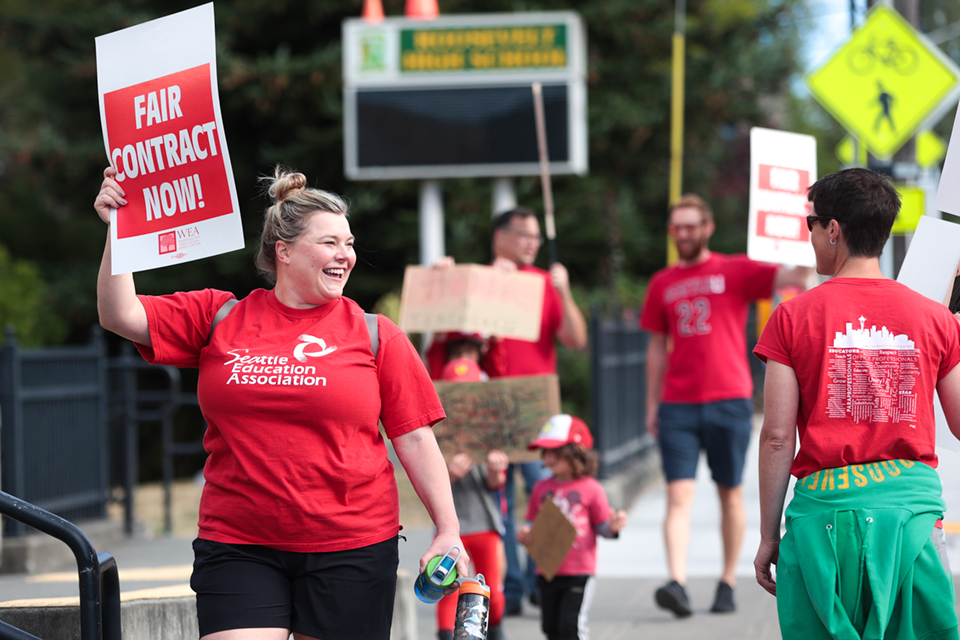 Lucy Magidman, wife of teacher Michael Magidman, shows her support as teachers from Seattle Public Schools picket outside Roosevelt High School on what was supposed to be the first day of classes, Wednesday, Sept. 7, 2022, in Seattle. The first day of classes at Seattle Public Schools was cancelled and teachers are on strike over issues that include pay, mental health support, and staffing ratios for special education and multilingual students. (AP Photo/Jason Redmond)

In Seattle, the school district has offered pay raises of an additional 1% above the 5.5% cost-of-living increase set by state lawmakers — far less than the union says it wants — plus one-time bonuses for certain teachers, including $2,000 for third-year Seattle teachers earning an English language or dual-language endorsement.