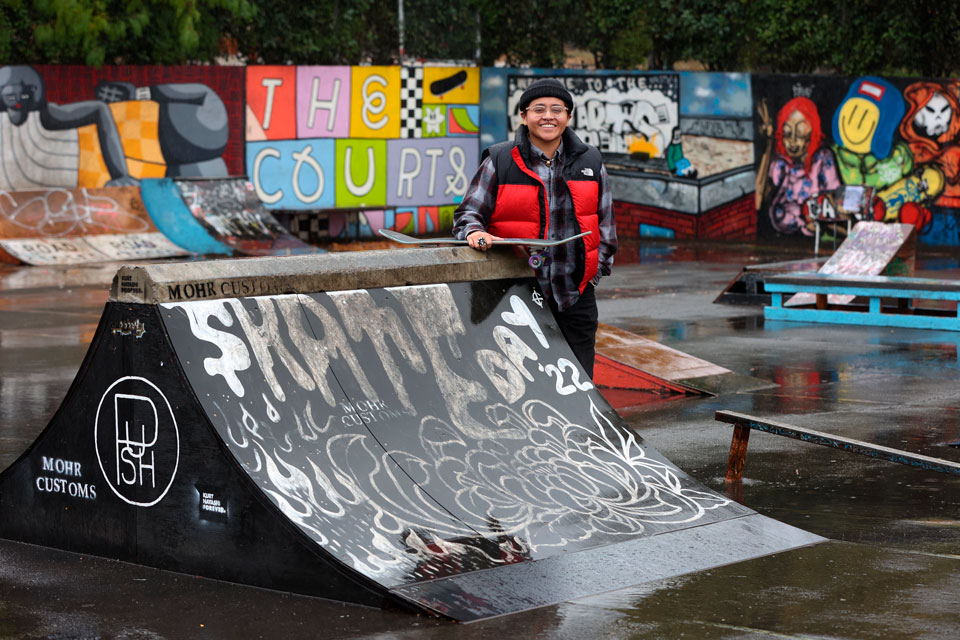 Campos, 23, who uses they/them pronouns, never dreamed they would be part of Tony Hawk’s charitable work. But last month, Campos was selected for the first class in The Skatepark Project’s fellowship program. The program trains 15 diverse skateboarding enthusiasts in community organizing and project management to be able to build a skatepark in their neighborhoods. Not only does the program hope to create a new gathering place in minority communities. It also aims to support and train young minority leaders.

“It’s almost like a dream come true,” said Campos, who used to draw skatepark designs on printer paper to show their parents. “Getting to do that again, but for real this time, is one of those things you didn’t actually think would happen.”

It’s almost exactly what Hawk hoped for when he launched this initiative.

“With this program, we are engaging these kids — not only to advocate for a skatepark for their use but also to realize that their voices can matter, that they can effect change,” Hawk said. “If you’re a city looking for more projects that are inclusive, that are diverse, I think skateboarding is at the top of the list these days.” 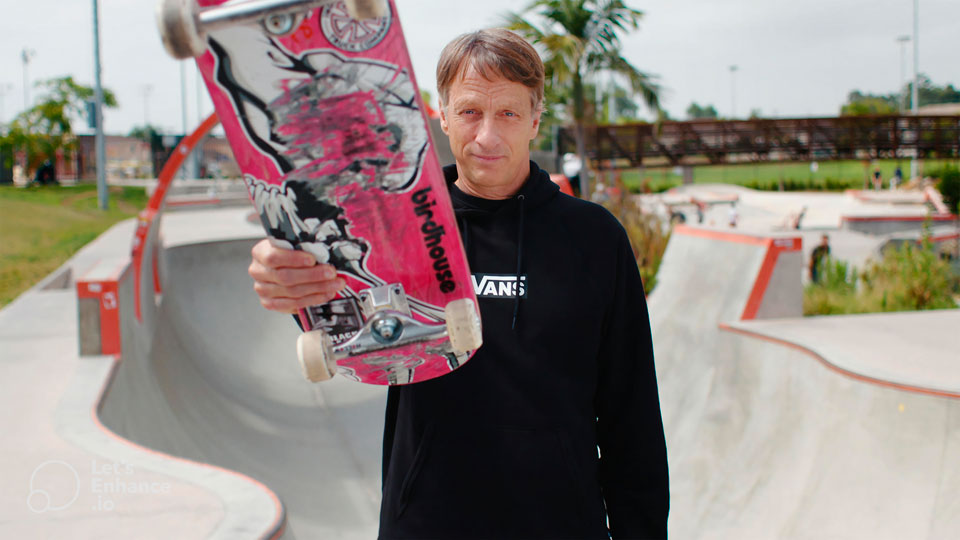 In this photo provided by The Skatepark Project, skateboarder Tony Hawk poses for a picture at the Linda Vista Skatepark in San Diego in 2020. (Courtesy of The Skatepark Project via AP)Hawk, who won 73 championships by age 25 and was world champion of vert skating for 12 straight years in the 1980s and ’90s, noted that the sport has changed dramatically over the years. He no longer hears people shouting, “White boy sport,” at him while he’s on his board.

He now sees a wide array of races and genders when he visits skateparks. It’s a shift that he hopes to foster with his nonprofit work.

“My style was so mechanical that I became an outcast within the skate community, but I did find my own sense of identity and community at the skatepark,” Hawk said. “It’s an individual pursuit, but you are bolstered by the community around you. And then they support you in your endeavors.”

Neftalie Williams, a sociologist and expert on skateboarding culture as well as a provost postdoctoral scholar at USC’s Annenberg School of Communication and Journalism, said he is excited by the prospect of having skateparks built through the fellowship program.

“These young people care passionately about skateboarding and are now getting training to be able to carry out their mission and get the work done,” Williams said. “It’s not just getting the skatepark built or getting knowledge within these young people’s hands.

"They’re gonna have generational knowledge that’s going to passed down and there are very few things that allow that.”

The Skatepark Project – which began as the Tony Hawk Foundation in 2002, funded by Hawk’s $125,000 win on the celebrity edition of “Who Wants to Be a Millionaire” – saw the fellowship as a response, of sorts, to the police killing of George Floyd in 2020. Hawk said he believes the fellowship can help address racial inequality as well as provide opportunities for a new generation of minority leaders. 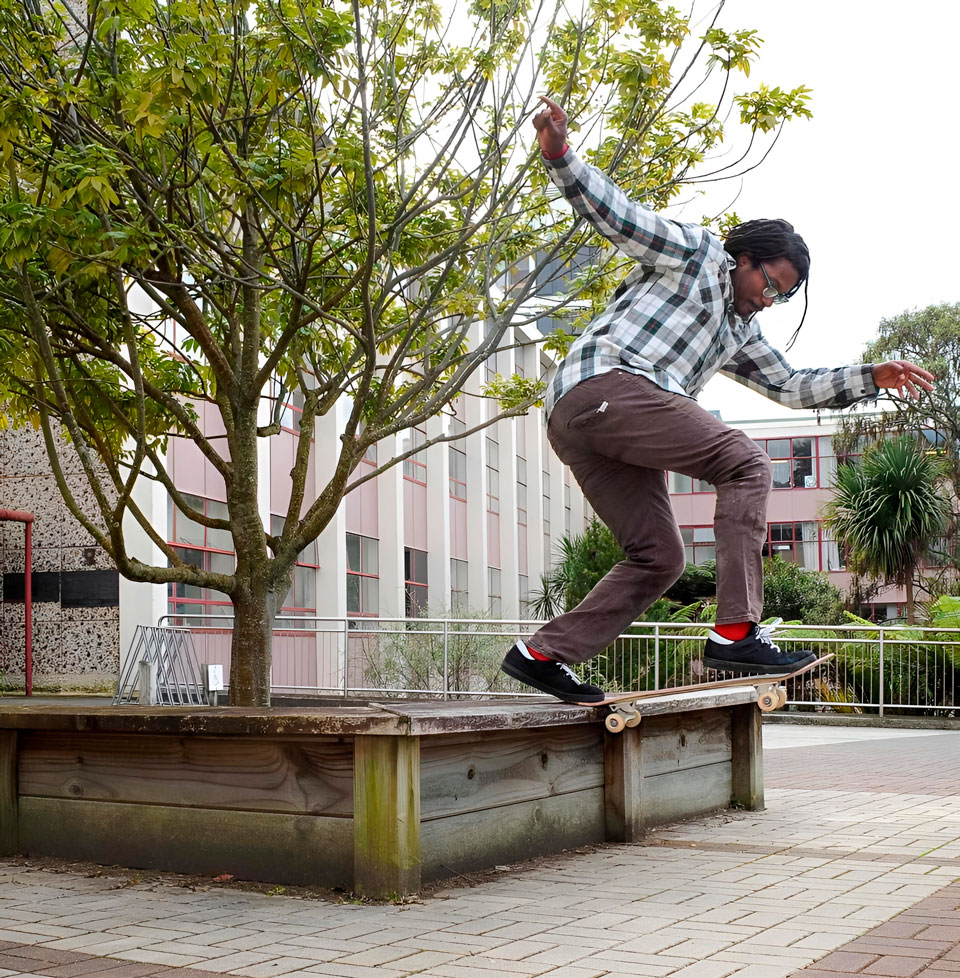 In this photo provided by The Skatepark Project, sociologist Neftalie Williams nollie backside tailslides at the University of Waikato in Hamilton, New Zealand, in 2020. (Courtesy of The Skatepark Project via AP)Williams, who is also on The Skatepark Project’s board of directors, recalled Hawk and his team saying: “How do we do more? There’s a racial reckoning that’s going on. There needs to be more representation (in skateboarding) for LGBTQ+ communities. There needs to be more work for Indigenous folks. How do you take this platform and really take it to the next level, really empower the next generation?”

Creating a new generation of skateboarding advocates who also understand the mechanics of community organizing is part of the answer.

Nicole Humphrey, program coordinator for the fellowship, wants each fellow to create a skatepark that reflects their community and its needs, while also being economically sustainable. But she also wants them to feel that they can apply what they learn in this fellowship to future projects beyond skateboarding, from building other public spaces in their communities to making their voices heard on issues that concern them.

“What I learned very early is there wasn’t a book or anything to reference,” said Humphrey, a community organizer who also co-founded the nonprofit Black Girls Skate, dedicated to supporting minority skateboarders. “There’s nothing like it. We’re really honestly building it from scratch, and it’s been fun. But I think my entry point was really just being in the organizing space.”

Though the Skatepark Project fellowships began only in September, Campos, a communications and digital marketing specialist at Utopia PDX, has already learned much about what they need to do to build a skatepark in Northeast Portland, one that can be “a space where once you show up, you just feel like you belong there.”

Campos also received plenty of information they can use for Queer Skate PDX, the nonprofit they co-founded to support women, LGBTQ+ and gender nonconforming people getting started in skateboarding by offering them needed equipment and sponsoring events to meet other skaters.

“As a person of color who lives in a state that is predominantly white, it makes it a little bit harder to find community groups that you can relate to,” said Campos, whose family is from Guam. “I had the idea of trying to prioritize and uplift all of these marginalized communities, as well as serving everyone as a whole.”

Campos said the fellowship has given them a deeper knowledge about the history of skateboarding as well as what the sport has done for them.

“Skating has brought me a group of friends and connections and community that I would not have if it wasn’t for skating,” Campos said, adding that they also met their partner, Rochelle, through the sport. “It’s taught me a lot in terms of falling down and getting back up. It’s taught me a lot about courage.”

Associated Press coverage of philanthropy and nonprofits receives support through the AP’s collaboration with The Conversation US, with funding from Lilly Endowment Inc. The AP is solely responsible for this content.