Slavery Rejected in Some, Not All, States Where on Ballot 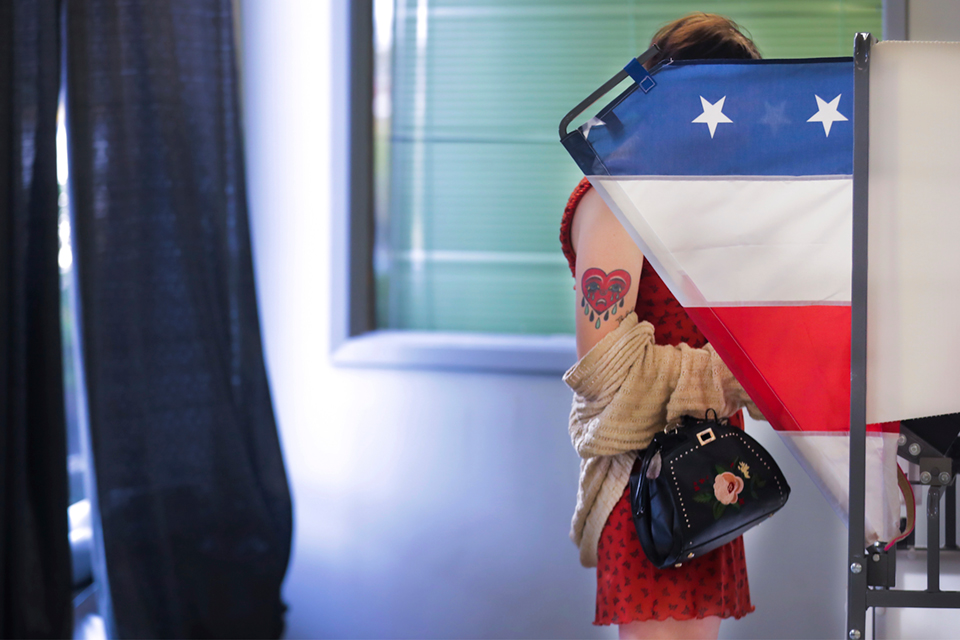 Voters in four states approved ballot measures that will change their state constitutions to prohibit slavery and involuntary servitude as punishment for crime, while those in a fifth state rejected the move.

The measures approved Tuesday curtail the use of prison labor in Alabama, Oregon, Tennessee and Vermont.

In Louisiana, a former slave-holding state, voters rejected a ballot question known as Amendment 7 that asked whether they supported a constitutional amendment to prohibit the use of involuntary servitude in the criminal justice system. Ahead of Election Day, state Rep. Edmond Jordan, a Democrat from Baton Rouge and author of the amendment, reportedly asked voters to reject the measure because its wording on the ballot differed from his proposal.

Jordan did not immediately respond to a request for comment Wednesday morning.

The four approved initiatives won't force immediate changes in the states’ prisons, but they may invite legal challenges over the practice of coercing prisoners to work under threat of sanctions or loss of privileges if they refuse the work.

The results were celebrated among anti-slavery advocates, including those pushing to further amend the U.S. Constitution, which prohibits enslavement and involuntary servitude except as a form of criminal punishment. More than 150 years after enslaved Africans and their descendants were released from bondage through ratification of the 13th Amendment, the slavery exception continues to permit the exploitation of labor by incarcerated individuals.

“Voters in Oregon and other states have come together across party lines to say that this stain must be removed from state constitutions,” Oregon Sen. Jeff Merkley, a Democrat, told The Associated Press.

“Now, it is time for all Americans to come together and say that it must be struck from the U.S. Constitution. There should be no exceptions to a ban on slavery,” he said.

Coinciding with the creation of the Juneteenth federal holiday last year, Merkley and Rep. Nikema Williams, D-Georgia, reintroduced legislation to revise the 13th Amendment to end the slavery exception. If it wins approval in Congress, the constitutional amendment must be ratified by three-fourths of U.S. states.

After Tuesday’s vote, more than a dozen states still have constitutions that include language permitting slavery and involuntary servitude for prisoners. Several other states have no constitutional language for or against the use of forced prison labor.

Voters in Colorado became the first to approve removal of slavery exception language from the state constitution in 2018, followed by Nebraska and Utah two years later. 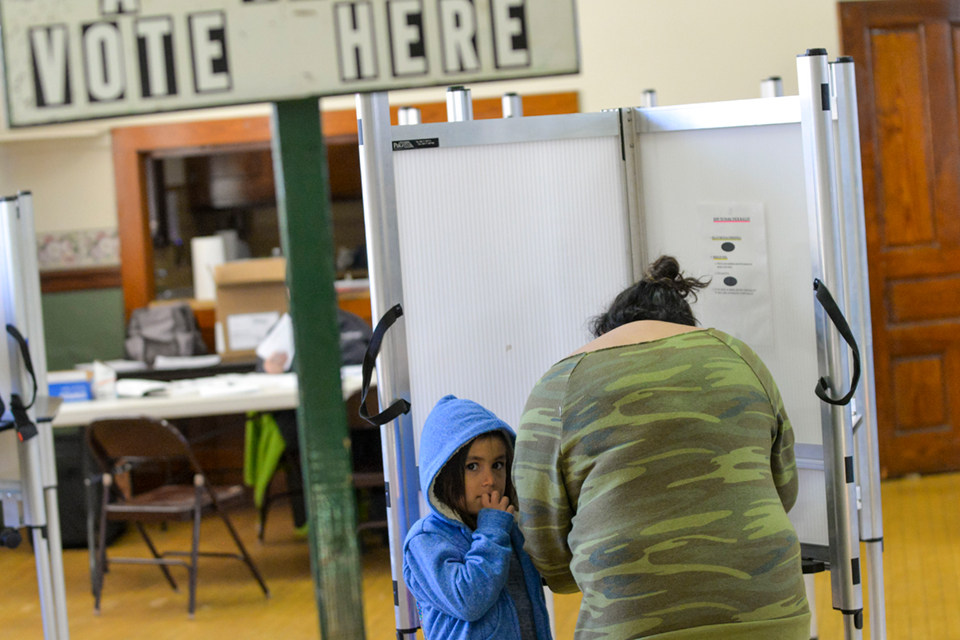 Nora Eames, 6, of Bellows Falls, keeps close to her mother, Zoe, as Zoe fills out her ballot at a polling station in Rockingham, Vt., during the midterm elections on Tuesday, Nov. 8, 2022. (Kristopher Radder/The Brattleboro Reformer via AP)

The movement to end or regulate the use of prison labor has existed for decades, since the time when former Confederate states sought ways to maintain the use of chattel slavery after the Civil War. Southern states used racist laws, referred to as “Black codes,” to criminalize, imprison and re-enslave Black Americans over benign behavior.

Today, prison labor is a multibillion-dollar practice. By comparison, workers can make pennies on the dollar. And prisoners who refuse to work can be denied privileges such as phone calls and visits with family, as well as face solitary confinement, all punishments that are eerily similar to those used during antebellum slavery.

“The 13th Amendment didn’t actually abolish slavery — what it did was make it invisible,” Bianca Tylek, an anti-slavery advocate and the executive director of the criminal justice advocacy group Worth Rises, told the AP in an interview ahead of Election Day.

She said passage of the ballot initiatives, especially in red states like Alabama, “is a great signal for what’s possible at the federal level.”

“There is a big opportunity here, in this moment,”