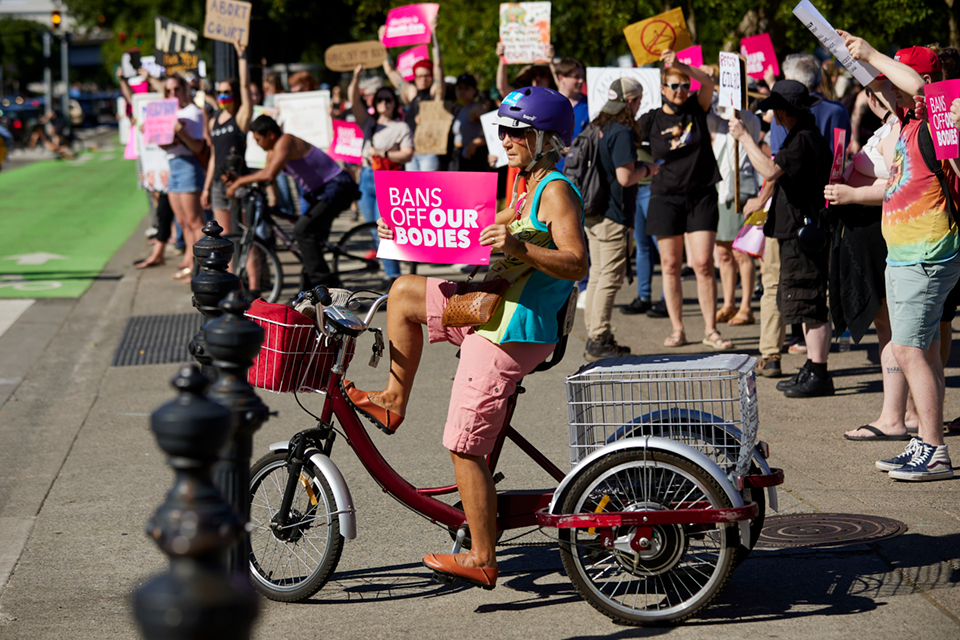 The state's Department of Justice announced the initiative Monday. It is modeled on similar hotlines launched by the attorneys general of New York and Delaware, as states where abortion remains legal have seen an increase in the number of patients traveling from areas where the procedure has been banned or restricted.

“The Hotline will fill an important need in our state for callers to understand the status of our reproductive health laws, including issues related to abortion access,” Oregon Attorney General Ellen Rosenblum said in a news release.

“This is especially important because we share a border with Idaho, which has a near-total abortion ban.”

Abortion remains legal at all stages of pregnancy in Oregon, which has worked with California and Washington to promote the West Coast as a safe haven for the procedure.

People can call the anonymous hotline from any state for free legal advice and receive a call back from a lawyer within 48 hours.

“We expect there might be calls from people from out of state asking what the legal landscape is in Oregon with respect to abortion,” said Molly Honore, a lawyer with Markowitz Herbold, a firm helping to staff the pro bono hotline.

Honore also said she expects calls from people within Oregon seeking clarification about their rights in the state.

Idaho has three separate laws banning abortion. One allows the potential family members of a fetus to sue a health care professional who performs an abortion; another makes it a crime for medical professionals to perform an abortion after electrical activity is detected; and another effectively bans all abortions but allows doctors to defend themselves in court by proving that the procedure was done to save the life of the patient.

All three bans are in effect statewide, though a federal judge put a small portion of the third law on hold while a lawsuit is underway. The federal judge said the state could not enforce the third law against health care providers who perform abortions in medical emergencies at Medicaid-funded hospitals until the lawsuit is over.

About 70 lawyers from several local law firms will be working for Oregon's hotline, said Anna Sortun, a partner at Tonkon Torp, which will be serving as the number's logistics backbone. She said her firm sought advice from people operating New York's abortion hotline.

“They had a lot of logistical advice about batching out calls," she said. “The most important thing is that we get back to people really quickly, because sometimes they need to know an answer fairly quickly.”

Calls to the hotline will first be fielded by the Oregon State Bar's Lawyer Referral Service. The office will dispatch the calls or voicemails to Tonkon Torp, which will then assign them to one of the lawyers volunteering for the hotline.

While lawyers will only be sharing legal advice on the status of Oregon law, they can also provide contact information for providers and abortion funds if callers need more information on the resources available to them, according to state justice officials.

The hotline was launched the day after abortion supporters rallied across the country to mark the 50th anniversary of the now-overturned Roe v. Wade.

Anticipating a spike in out-of-state patients, Oregon lawmakers created a $15 million fund last year to increase access to abortion services. This year, Democrats in the Legislature plan to introduce a bill that would shield patients and providers from lawsuits originating in states where abortion is banned or restricted.