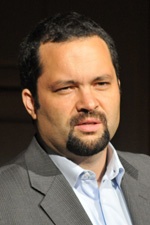 WASHINGTON (NNPA) - Upon its 100th anniversary this week, the NAACP under the leadership of Benjamin Todd Jealous, set aside euphoria over the historic inauguration of the first Black president and challenged the Obama administration on where he stands on human and civil rights issues as they pertain to people of color.
''We're not simply interested in a bail out for Main Street, it's a good goal. It's a good starting point. But, we want a fix for back street,'' says Jealous in a telephone press conference leading up to Feb. 12, the 100th birthday of the nation's oldest civil rights organization. ''At the end of the day, we are not an organization who's here merely to celebrate any milestone too much. On Jan. 20, we celebrated Obama as the nation's first Black president and first president of color. On Jan. 21, we were well aware that he simply became the 44th president of the United States and all pressures that have worked the agenda of the presidents before him came to bear on him."
He continues, "So, now, we're out there with everybody else trying to make sure that his agenda is our agenda, that his agenda is one of civil rights and inclusion and opportunity for all. And right now there are two things that we're concerned are not getting sufficient attention."
The first issue that he listed was the need for federal enforcement of Black participation in jobs and contracts coming out of the $827 billion economic stimulus act, that has passed the House and is being negotiated in the U. S. Senate this week.
"White unemployment [stats], since they've been calculated since 1940, have never gotten into double digits. Yet somehow this country finds it tolerable and somewhat normal to have Black unemployment in the double digits," Jealous says.
The second issue is the need for law enforcement accountability - federal oversight and enforcement of police profiling and misconduct, which former President Bush promised, but never delivered in 2001. 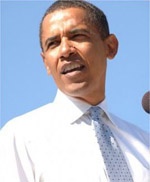 "We're lifting this up and placing it squarely in front of the administration and we'll be pushing harder now now that we know who the attorney general is," Jealous says, referring to Eric Holder, also Black. "We have a decade of repressed aspirations since 1999 when candidate Bush promised to end racial profiling and driving while Black and it hasn't happened yet. But, we also need to see the Law Enforcement Trust and Integrity Act passed. We also need to see real reforms in police officer use of force and training."
Referring to protests in the wake of the in-the-back police shooting of a restrained unarmed man in an Oakland subway, Jealous said, "We've had a riot in Oakland in the winter. We've had a riot in an American city in the winter because of the BART (Bay Area Rapid Transit) police killing."
Jealous said the NAACP has local affiliates dealing with high profile police killings in at least a half dozen states.
Jealous said he would release specific policy proposals in a "White Paper" on Wednesday this week, the day before the 100th Anniversary celebration of the organization founded in 1909. A White Paper is an authoritative report or guide that outlines problems and suggests ways to solve them from expert perspective.
Jealous said proposals in the White Paper would include:
•               That the Department of Labor beef up staffing in their solicitors office that handle discrimination. Also that they beef up staffing in the Office of Federal Contract Compliance Programs so that as the stimulus dollars flow through, there won't be the same tattered infrastructure left by the Bush administration "and we won't see a repeat of the sloppiness that we saw in Iraq and that we saw in New Orleans."
•               That the Justice Department's Civil Rights Division be rebuilt to enforce a wide spectrum of civil rights laws.
•               That every stimulus-created job that is awarded to a general contractor or to sub-contractors be contracted through the federal employment service so that federal authorities will monitor who gets the jobs. "We need to send a clear message that tax payer dollars should create jobs for everybody. We don't want people discriminated against based on age, gender, race or anything else," Jealous said.
•               Greater oversight for banks, brokers and a major investment in public education "because we're tired of Black people with good credit and assets being fleeced. We want them protected."
The White paper will included the NAACP's Agenda pertaining to the Obama Administration for the first year. He said the Goals of the NAACP for the next 25 years of the 21st century will be released at its its 100th Annual Convention in July in New York.
Issuing the White Paper to the Obama Administration is only one major action taken by the civil rights organization amidst the economic havoc in the Black community.
The organization is moving ahead with a federal lawsuit to force 15 major financial institutions to cease alleged racial discrimination and rogue sub-prime home mortgage lending.
A federal Judge last month denied a joint motion filed by the institutions to stop the NAACP from moving ahead with the suit. The lenders are now required to release information and documents regarding their mortgage policies and practices, according to an NAACP news release.
The Mortgage lenders named in the lawsuit include: Accredited Home Lenders, Inc.; Ameriquest Mortgage Co.; Bear Sterns Residential Mortgage Corp.; Encore Credit; Chase Bank USA;  Citimortgage; First Franklin Financial Corp.; First Tennessee Bank; First Horizon National Corp.; Fremont Investment & Loan; GMAC Mortgage Group, LLC; GMAC ResCap; J.P. Morgan Chase & Co.; Long Beach Mortgage; Option One Mortgage Corp.; SunTrust Mortgage; and WMC Mortgage, LLC.
Jealous speaks with the confidence of the past 100 years of successes by the NAACP, which led and won campaigns for voting rights, against lynching, Jim Crow, and campaigns to equalize the political playing field.
The NAACP Headquarters, based in Baltimore, has 1,700 units nationwide and will host celebrations and observances throughout the year ending on February 12, 2010.
At the organization's star-studded Image Awards to be broadcasted from Los Angeles on Feb. 12, will be  Nobel Peace Prize Laureates Dr. Wangari Muta Maathai and Former Vice President Al Gore. Also, Halle Berry, Tyler Perry, Sean Didd Combs, Jennifer Hudson, Beyonce, Russell Simmons ad the legendary Stevie Wonder and Muhammad Ali.
"As we set out at this moment, we have a lot to celebrate," Jealous said. "What makes this organization different than virtually every other great organization in this country is that we've practiced one formula for a hundred years with great success and transformed this country again and again, not just for Black people or Brown people, but for all people."