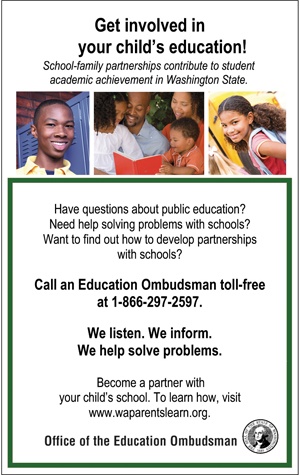 The Seattle Public Library will present, "Facing the Future: Families Explore Slavery's Legacy," a three-part film and discussion series exploring the efforts of three families to reach an understanding of slavery's legacy. The series will take place this spring at the Central Library, 1000 Fourth Ave., Microsoft Auditorium, Level 1.
The programs are free and open to the public. No registration is required. Parking will be available in the Central Library garage for a $5 special event rate.
Each program will feature a documentary and panel discussion with experts, activists and modern-day abolitionists dealing with the enduring effects of slavery. Each film explores efforts to reach an understanding of the legacy of slavery and to take personal actions to reconcile the past. Pat Russell, student dean at Antioch University Seattle, will moderate the series.
The series is presented in partnership with the 2009 "Seattle Reads" program featuring the book, "My Jim" by Nancy Rawles, a fictional retelling of the story of escaped slave Jim from Mark Twain's "The Adventures of Huckleberry Finn."

In this documentary, producer/director Katrina Browne tells the story of the DeWolf family. The DeWolfs, her New England forefathers, were a large slave-trading family from Rhode Island. The film follows Browne and nine of her cousins as they retrace the Triangle Trade, visiting Rhode Island, slave forts in Ghana and the ruins of a family plantation in Cuba.
Panelists:

• Elly DeWolfe Hale, a descendent of the DeWolf family featured in the film. She lives in Seattle.
• Susan Hutchison, who co-founded Coming to the Table, an organization dedicated to bringing together descendants of slaves, slave owners and slave traders.
• Cynthia Wilson, a genealogist with the Black Genealogy Research Group of Seattle.

Michael Lienau, a documentary filmmaker from Camano Island, chronicled the expedition of Africans, Americans and Europeans who traveled to England, Africa and the United States to honor early abolitionists and apologize to the descendents of slaves. His children, Jacob and Anna, joined the expedition when they realized how many children had been forced into slavery.

• Michael, Anna and Jacob Lienau
• Delbert Richardson, a storyteller and educator and the creator of "The American History Exhibit – Unspoken Truths," which chronicles the history of Africans in Africa prior to chattel slavery, the experience and impact of chattel slavery and the Jim Crow Era, and the contributions of African-Americans to scientific, cultural and technological innovations in the U.S.

This documentary chronicles director Macky Alston's search for descendants of the slaves and slave owners who lived on the plantations once owned by his family, one of the largest slave-owning families in North Carolina.
Panelists:

• Norman J. Landerman-Moore, who discovered through genealogical research that he is related to the descendents of the slaves his forefathers owned.
• Patricia Moncure Thomas, author of "Moncure Place: Connecting Family and Friends."
• Joy DeGruy, author of "Post Traumatic Slave Syndrome."