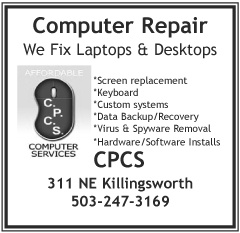 Author and talk show host Tavis Smiley will be in Seattle Thursday to talk about his new book, "Accountable: Making America As Good As Its Promise." The book is the final addition to the Covenant Trilogy, following up "The Covenant with Black America" and "The Covenant in Action."
In addition to hosting "The Tavis Smiley Show" on Public Radio International and "Tavis Smiley" on PBS, Smiley hosts and organizes the annual State of the Black Union 2009, and organized a four-year traveling Black history exhibition called "America I AM" currently in Philadelphia. He will be in Seattle on Thursday for a lecture and book signing event from 6:30 to 8:30 p.m. at the Seattle Central Library, co-sponsored by the Central District Forum.
Smiley sat down to talk with The Skanner about "Accountable," the State of the Black Union and why everyone needs to stop being infatuated with Barack Obama.

The Skanner: How do we hold ourselves and our elected officials accountable?

Tavis Smiley: Here's how we do it. We do it by laying out a book that tells you everything the president said he was going to do – the 10 major issues while he was running as a candidate. We lay out in the book what he said he was going to do and a way to assess that. There's a checklist – you can literally check off the boxes to check off what he does as compared to what he said he was going to do.
We're holding him accountable all 4 years with this checklist and finally in every chapter there's a report card. So there's a policy that he made, there's a framework for assessing those promises and there's a checklist and a report card – those tools in the terms of the framework of the book allow us to not have to wait for the media at the end of the first 100 days to tell us how our president is doing. Now, as active citizens in this democracy, we can follow along with that and hold him accountable immediately and all the way through.
We lay out in the book how we can do our part to be responsible and to help the president to push a progressive agenda that will really turn this country around. So we hold him and all leaders accountable, but that starts with our being responsible.

The Skanner: I come across depressing statistics about systemic disparities all the time. It was an issue of frustration on the Young Voices blog on your PBS website. How do you deal with depressing disparity stats in a creative and constructive way?

Tavis Smiley: I take that information as often as I can and put it out there. I publicize these as often as I can I report them because, one, information is power, its important to put that information out there because its not just about having a conversation about health care, we need to dig down deep and have a conversation about disparities as part of the health care system. Yes, we want universal health for everyone, but providing universal care doesn't immediately rid the system of these disparities.

The Skanner: Was there any issue of great importance that was not discussed during the State of the Black Union 2009?

Tavis Smiley: Oh, yes, there's never enough time to cover all the issues. But I do believe the most important issue we're addressing this year was the issue of accountability, whatever the issue is that matters to you, whatever the issue is on which you are passionate, nothing happens if you do not hold yourself and your leaders accountable. So the conversation this year talked about those issues that have always been discussed, to be sure, but the bottom line was to get people to embrace the notion that we have to stop falling down, stop faltering. … As Americans we have to do a better job on the follow-through. We fall down on the follow-through, particularly with this election. … Promises made ought to be promises kept. I just don't want to squander this moment of some real potential for change and growth in this country, and that's what this town hall is truly about and that's why I'm coming to Seattle.

The Skanner: Tell us about your "American I AM" history tour.

Tavis Smiley: It's the first time this country has ever seen a comprehensive exhibit that tells the story of the Black contribution to this country over 500 years. It tells that story with 300 artifacts of items, full theater, and 15,000 square feet of exhibition space. It tells the story of America and what it would be like if you didn't have the contribution of African Americans.