For people convicted of a crime, they'll tell you the punishment rarely ends at the jailhouse gates. Legal histories, especially those with more serious felonies, can follow people decades, impacting their ability to find adequate housing and employment.
"Widespread homelessness reappeared in America in the early 1980s for the first time since the Great Depression," said Sally Erickson, manager of the Ending Homelessness program at the city, who said the vast majority of those who experience homelessness do so because of economic circumstances and are able to find housing with adequate help. "There's no measurable difference between those who suffer chemical addiction and mental illness between homeowners, condo owners and those living under a bridge. The relationship between a jail and prison history and homelessness is clear."
The comments came at the opening of a panel discussion about finding housing solutions for people with legal histories. The gathering was organized by the Better People organization to help homeless service providers, social service workers, and others working with ex-offenders to avoid or escape homelessness. Better People, which organizes several informative panel discussions every year, helps people transition out of prison into mainstream life by providing jobs, training and counseling.
The difficult paths for those who have served time in prison are apparent for the many organizations and agencies serving ex-offenders. Even securing an apartment, if you have a job and money, can be a bureaucratic minefield. 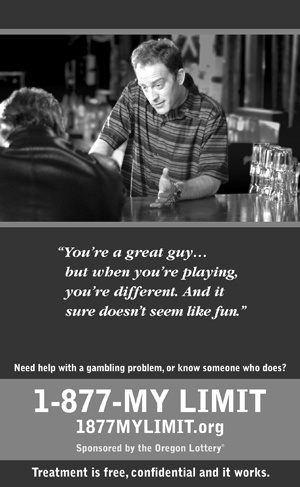 "One of the biggest mistakes people make if they have a Section 8 voucher, legal history, evictions, is when they pick up the phone and call a prospective landlord and immediately ask, 'do you take Section 8, people with criminal history, bad credit?'" said Rainy Gauvain, homelessness program analyst with Oregon Housing and Community Development. "Or, they don't bring it up at all and end up using all their housing allowance to pay fees."
The solution, while not simple, is common amongst those who help ex-offenders find rental property. Make a good impression and find a landlord that may be willing to take a risky tenant by knowing their Tenant Selection Criteria before handing over an application and fee.
Or, contact someone like Sharon Fitzgerald or Marc Jolin. Fitzgerald, who works for the Central City Concern, and Jolin, who directs JOIN, help find housing for people with legal histories, as well as provide other services.
"We create housing opportunities by building relationships with landlords," Jolin said.
His organization acts as a go-between for landlords and "risky" tenants, as well as providing job and counseling services to the tenants. They also make sure the tenant is living up their end of the deal.
And sometimes, they aren't.
"We move people out on the street all the time," Jolin said. "Sometimes the landlord has a legitimate grievance."
Now, JOIN will look for another home for the evicted tenant, but maintaining a positive relationship with a landlord is key. Without good references, JOIN would be out of business, and even more people, many with legal histories, would be out on the street.
While all the service providers in the room provided a variety of different services, they agreed on one thing – adequate resources are not available. And a solution to the problem involves everyone.
"The police cannot solve the problem of people sleeping outside in 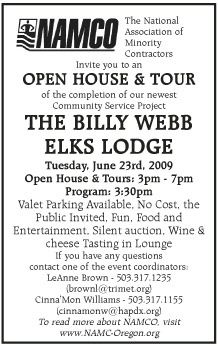 Portland," said Officer Robert Pickett, a Neighborhood Response Team officer who has responded to many calls of livability crimes in the inner Southeast Portland area.
Pickett echoed the sentiment of many service providers – not all homeless people are created equal. Some will negatively impact neighboring homes and businesses, leaving behind trash and feces; others pack up at dawn and only return to the area in the evening, causing no problems.
"The vast majority do have criminal histories," he said, indicating that many crimes involve living outdoors. "These are charges they amass as they try to survive on the street."
For this and other reasons, Pickett said he would like to see a new homeless agency created. One go-to agency that can refer homeless individuals to the organizations that would best serve them.
Jolin and others would also like to see a "homeless court" which would act much like a drug court – treating livability crimes with alternative sanctions. Oftentimes, amassing minor violations, and their subsequent fines, can lead to bigger problems for people already living on the fringe of society.
In a state where 10 percent of low-income households have a housing crisis in a year, says Erickson, alternatives to the current system must be pursued.
"In 1972, you could get a room for a night in downtown Portland for $1.25 or for about $40 a month," she said. "In 2008 dollars, that would be about $6 a night or $200 a month. … If you were alive and kicking in the 1970s, its very important to talk to your children and young people and remind them that we always didn't have homelessness like this."
We also didn't have the highest incarceration rate in the world.