By Brian Stimson of The Skanner News
Published: 21 January 2010

In order to learn about a year-long program that aims to help Oregon National Guard members, Gil Kerlikowske, director of the Office of National Drug Control Policy, visited the offices of the Oregon Partnership last week.

In the largest deployment of Oregon National Guard troops since World War II, Oregon Air National Guard Brigadier General Bruce Prunk says guardsman face a variety of pressures when they return from the battlefield. An alliance between Oregon Partnership and the Oregon National Guard and Air National Guard is providing a much-needed, non-military relief center.
"They've been deployed two or three times," Prunk said. "The stress that creates for their families and employers, having these resources, support networks is absolutely necessary." 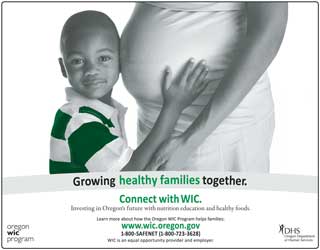 Staff and volunteers at the center are being trained to interact with the special needs of veterans, says Deborah Zwetchkenbaum, who is leading the veterans outreach program. When they call the main crisis line, veterans have an option, press 1 and be connected to the national Veterans Administration or remain on the line to speak with someone in Oregon.
From March 2009 to the present, 778 veterans called into the suicide lifeline and 439 called into the drug and alcohol help line.
"The trouble is breaking the isolation," Zwetchkenbaum said. "Just to open a conversation can unblock (solutions)."
The national attention from U.S. Drug Czar Kerlikowske was welcomed by Partnership staff. The former Seattle Police Chief has been touring the country, learning about successful anti-drug programs to possibly include in President Barack Obama's national drugs strategy, due out in February.
"It's important to reintegrate them into life," he told reporters gathered at Oregon Partnership's offices. "They've had a number of officers deployed more than once."
Indeed, drug abuse and the criminal laws aimed at drug users have a profound effect on active and returning veterans. Of those veterans in federal prison, about 46 percent are incarcerated for drug law violations; fifteen percent of veterans in state prisons are there for drug law violations, and nearly 61 percent of all imprisoned veterans met the criteria for a substance abuse disorder, according to the United States Department of Justice.
According to the Drug Policy Alliance, an organization dedicated to reducing the harm of drug prohibition, drug policies aimed at incarcerating these veterans are in need of reform. With nearly 75 percent of veterans with PTSD also being diagnosed with a substance abuse disorder, according to a 2008 study published in the Annals of the New York Academy of Sciences, the need for help is clear.
Judy Cushing, President of Oregon Partnership, said veterans seeking help from one of the partnerships 24-hour crisis lines are often suffering from multiple problems.
"It often involves alcohol and drugs and mental health crises," she said. "It isn't just one or the other."
Some branches of the service – such as the U.S. Navy -- have "zero tolerance" policies in regards to illicit drugs. Service members may face less than honorable discharge for drug use – or even the use of legal hemp byproducts.
When asked if "zero tolerance" policies help or hurt service members seeking treatment for substance abuse problems, Kerlikowske said he supported the policies of individual branches and said "in all the branches, help is offered." 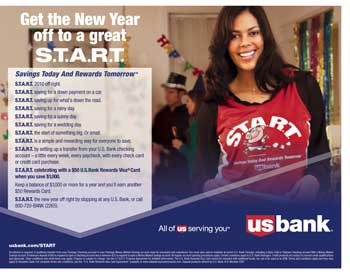 "I would liken it to a police department where there are a number of avenues for drug testing," he said. "Of course, combatant commanders have a responsibility to have a combat force that is ready, you can't be prepared for combat when you're involved in drugs."
Even when out of the military, veterans tend to receive longer prisons sentences – an average of one year longer – for drug offenses, according to the United States Department of Justice.
The Drug Policy Alliance's 2009 study "Healing a Broken System: Veterans Battling Addiction and Incarceration," cited alcohol abuse – the most commonly abused drug in the military – as a major problem for Guards and Reservists.
"The likelihood of alcohol-related problems increased with those reporting any mental illness or use of medication," the report stated.
Cushing said the risk of suicide is also high among veterans
"These soldiers need help and support, often that needs to come from a place that is confidential and safe and non-military," Cushing said. "We are so proud to work hand-in hand with Oregon National Guard and Air Guard to provide confidential 24 hour services."
The Drug Policy Alliance calls upon changes in the way the Department of Defense deals with service members suffering from substance abuse disorder, including allowing medication-assisted therapy; increased diversion and alternative treatment options instead of prison; allow treatment professionals, not judges, to make decisions about drug court mandated treatment; allow incarcerated veterans treatment in Veterans Administration hospitals, which was barred in 2002.
If you are in need of help, you can call the Oregon Partnerships substance abuse line at 800-923-HELP or the suicide intervention line at 800-SUICIDE.
You can view the Drug Policy Alliance's report on veterans at www.drugpolicy.org.