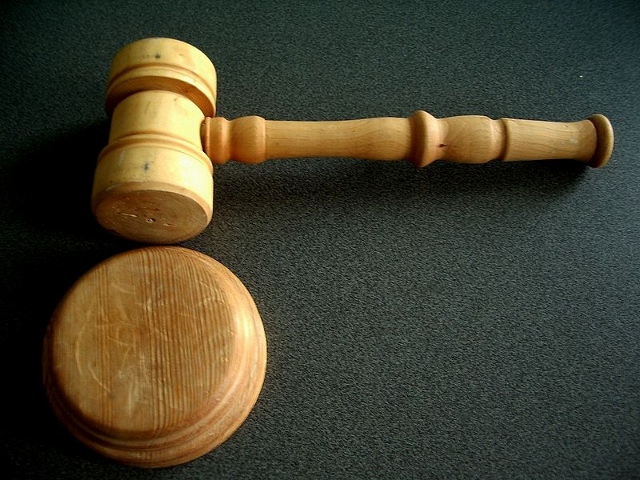 MONTGOMERY, Ala. (AP) -- Civil rights groups sued Friday in federal court to block Alabama's new law cracking down on illegal immigration, which supporters and opponents have called the strictest measure of its kind in the nation.

The lawsuit, filed in Huntsville, said the law is of "unprecedented reach" and goes beyond similar laws passed in Arizona, Utah, Indiana and Georgia. Federal judges already have blocked all or parts of the laws in those states. It asks a judge to declare Alabama's law unconstitutional and prevent it from being enforced.

Alabama's law, which takes effect Sept. 1, allows police to arrest anyone suspected of being an illegal immigrant if the person is stopped for some other reason. It also requires businesses to check the legal status of new workers and requires schools to report the immigration status of students.

Matthew Webster was among the individuals who joined the lawsuit as plaintiffs. He and his wife, who live in the community of Alabaster south of Birmingham, are in the process of adopting two boys who are already in the country illegally. Webster, who described himself as politically conservative, said he feared the boys could face deportation under the new law before the adoption process is done and the boys are in the U.S. legally.

He said the boys "have the fear of being picked up" even walking to school.

"This criminalizes me and my wife for harboring and transporting these kids," he said.

The lawsuit said the new law will subject Alabama residents, including U.S. citizens and non-citizens who are in the country legally, to racial profiling. The law also recalls memories of Alabama's troubled segregationist past by making life more difficult for a targeted class of people, according to the lawsuit.

"Individuals who may be perceived as `foreign' by state or local law enforcement agents will be in constant jeopardy of harassment and unlawfully prolonged detention by state law enforcement officers," the lawsuit said.

Parents may not enroll their children in elementary and high schools because of the law's provision requiring schools to check the immigration status of students, the groups said in the lawsuit. Lawmakers have said that the intent of that requirement is to gauge how much the state is spending to educate illegal immigrants, and that the law does not prohibit illegal immigrants from attending public schools.

The lawsuit was filed by various organizations across northern Alabama that represent immigrant groups as well as individual immigrants who are listed under the pseudonyms John Doe and Jane Doe. The lawsuit names as defendants various state and local officials, including Republican Gov. Robert Bentley, Attorney General Luther Strange and state schools Superintendent Joe Morton.

Supporters of the new law, including Bentley, have predicted it would withstand any legal challenges.

The law was written so that if any provisions are found to be unconstitutional, other parts of the law can remain in effect.