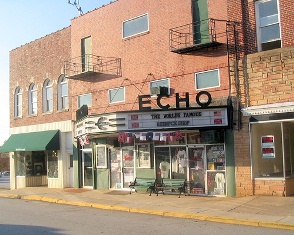 COLUMBIA, S.C. (AP) -- After a lengthy legal battle between a black South Carolina church and members of the Ku Klux Klan, a judge has ruled that the church owns a building where KKK robes and T-shirts are sold.

A circuit judge ruled last month that New Beginnings Baptist Church is the rightful owner of the building that houses the Redneck Shop, which operates a so-called Klan museum and sells Klan robes and T-shirts emblazoned with racial slurs. The judge ordered the shop's proprietor to pay the church's legal bills of more than $3,300.

Since 1996, the Redneck Shop has operated in an old movie theater in Laurens, a city about 70 miles northwest from Columbia that was named after 18th century slave trader Henry Laurens.

Ownership of the building was transferred in 1997 to the Rev. David Kennedy and his church, New Beginnings, by a Klansman fighting with others inside the hate group, according to court records. But a clause in the deed entitles John Howard, formerly KKK grand dragon for the Carolinas, to operate his business in the building until he dies.

After years of trying to have the property inspected, Kennedy and New Beginnings sued Howard and others in 2008. On Dec. 9, a judge ruled in Kennedy's favor.

There was no answer at the store's telephone number Tuesday, and Howard's attorney did not immediately return a message.

Howard has defended his business in the past.

"If anything turns people off, they shouldn't come in here," Howard told The Associated Press in 2008. "It's not a thing in here that's against the law."

The Redneck Shop has been the target of protests and attacks from the start. A few days after it opened, a Columbia man crashed his van through the front windows and was charged with malicious damage to property. High profile black activists have staged several protests outside the store, and Kennedy has regularly picketed there as well.

Kennedy has a long history of fighting racial injustice. He protested when a South Carolina county refused to observe the Martin Luther King Jr. holiday, and he helped lobby to remove the Confederate flag from the Statehouse dome.

Kennedy said Tuesday his congregation was elated by the judge's decision, which he said he had already discussed with local police in hopes of being able to visit and inspect the property this week.

"It has been a long time coming," said Kennedy, who learned of the ruling this week. "We knew we had done everything right. ... The court knows that we have suffered."

Kennedy said his congregation's numbers have decreased in recent years as some of its 200 members became fearful of reprisals from Klan members. Nazi and Confederate symbols have been tacked to the door of the double-wide mobile home where New Beginnings now meets, Kennedy said, and dead animals have been left at the building.

"A lot of people became so afraid," Kennedy said. "I just told them that it is part of our faith to endure."

Kennedy, who has previously said he would like to close the store and hold his church meetings there, declined Tuesday to detail his plans, saying only that he thought some parishioners would feel uncomfortable worshipping in the structure that once segregated moviegoers and now sells Klan-related materials.

"I don't count anything out," Kennedy said. "I think that the church would do good in that building."

Kinnard can be reached at http://twitter.com/MegKinnardAP