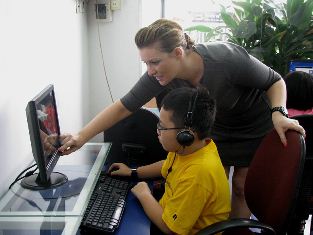 WASHINGTON (AP) -- As a new generation of teachers replaces retiring baby boomers, financially strapped states face a quandary - what to do about teacher pensions.

A majority of states' teacher retirement funds are underfunded, some significantly below rates considered solvent, according to a recent analysis by the National Council on Teacher Quality, a research and policy group that seeks to improve the quality of teachers. The situation has stoked political fights across the country as state lawmakers weigh options such as moving teachers from a traditional defined benefit pensions to 401(k)-style plans, raising the retirement age or making teachers wait a decade to be vested in their plans.

The shortfalls reflect what's happening with public state and local pensions nationwide, with teacher pensions included in a more than $660 billion shortfall in what's been put aside for such retirement benefits and what is owed, the Pew Center on the States has estimated. Many states offer separate pension plans for teachers, while others include them in broader plans that cover other government workers.

What's happening with public pensions is mirroring private industry. Companies have been abandoning traditional benefits because of the cost and the risk and replacing them with 401(k) type plans, which are more portable but transfer more of the risk to the worker.

In education circles, the issue takes on special significance because of its impact on kids. Pension policies affect the ability of districts to hire and retain teachers, and money used to shore up pension funds can mean tax hikes or come at the expense of other areas like education. As legislators weigh what to do, an estimated 1 million teachers are expected to retire within the next decade. The economic downturn has helped fueled the pensions shortfalls; states in better economic times expanded benefits that today are difficult to pay for and sometimes opted not to make payments into the systems.

One current pension battleground is Kansas, where Republican Gov. Sam Brownback wants to transfer new teachers and other government workers to a 401(k)-style plan. The Kansas Public Employees Retirement System projects an $8.3 billion gap between anticipated revenues and benefits promised to workers through 2033.

In California, where the teacher pension fund has more than $50 billion in unfunded liabilities, Gov. Jerry Brown, a Democrat, has presented a pension-reform plan that would increase the retirement age for new, non-public safety employees like teachers to 67. It would also require employees to contribute to at least 50 percent of their retirement costs and move new public employees into a hybrid plan that blends a traditional pension with 401(k)-style program.

Alabama Gov. Robert Bentley, a Republican, announced a plan earlier this month to set the retirement age for new teachers and others in the state retirement system at 62. Currently, teachers can retire in their 40s.

Teacher unions in statehouses are pushing back against many of these efforts, especially against proposals to move from defined benefit pensions to 401(k)-style plans. They say the strains are exaggerated by critics with an ideological agenda and that the pensions are an important part of compensation for a well-educated population that's underpaid. They also argue that defined benefit plans are a recruitment tool that helps districts attract good teachers and maintain a stable workforce.

A defined benefit pension plan provides a set benefit for life based on years of service and earnings, with the employer assuming the risk. In a defined-contribution plan, as in a 401(k) account, the employee assumes the risk, and the amount paid at retirement is based on how much was put into the account and investment earnings.

Unions also contend that states might not realize the savings they expect by shifting to a 401(k)-style plan. They point to Alaska, where the legislature in 2005 took the state from a defined benefit program to defined contribution. The projected savings have not yet been realized, and the state has seen its unfunded pension liability rise to an obligation estimated at about $11 billion.

James Testerman, director of collective bargaining and member advocacy for the National Education Association, said for teachers, the issue is particularly emotional. "One of the promises made to them, if they contributed to every paycheck from the very first day that they started working with children, was that they would be provided a modest and secure retirement," he said.

But, not everyone agrees that traditional pension plans are a good mechanism for ensuring quality teachers are in the classroom. Sandi Jacobs, vice president of the National Council on Teacher Quality, said the pension systems overly reward early retirees and do little to attract and retain effective teachers.

She said the 401(k)-style plans are financially more affordable than defined benefit plans and are attractive to younger teachers who might just want to teach for a few years or eventually move to another state.

"I think they've operated under a model where salaries have stayed lower because of these great pension benefits, but in the 21st century across most professions and industries, people are much more mobile. They don't necessarily plan to be in one profession or job for their entire career. So, a pension benefit that isn't portable, combined with a lower starting salary, I think to the current generation that's entering the workforce, is much less appealing than it used to be," Jacobs said.

Despite the financial strains on the systems, much of the nation's public teaching force has retirement benefits considered generous in the private sector. In all but six states, it's possible to begin collecting a full retirement before age 65, and three states - Montana, Alabama and Kentucky - allow teachers to do so in their 40s, according to the council's analysis.

Typically, a pension plan is considered healthy if it meets an 80 percent funded benchmark. More than 30 states have pension plans for teachers funded below that benchmark, with nine of them funded below 60 percent - including Illinois, Rhode Island and West Virginia, which are funded below 50 percent, according to the analysis.

In New Mexico, for example, new teachers can start collect a full retirement as early as age 52, which costs on average an additional $734,000 in pay-outs per retiree until the retiree reaches age 65, according to the council's analysis. The state's teacher pension fund is a little more than 60 percent funded and has $5.9 billion in liabilities, said New Mexico state Sen. George Munoz, chairman of a legislative study committee that examined his state's pension systems.

Sixteen states now make teachers wait 10 years to be vested in their pension plan. A few, including Illinois, Maine, New Hampshire and New Jersey have raised the retirement age to fully collect the benefit to 65 or older. Others are slowing the cost of living raises for retirees and asking teachers and employers to contribute more toward their retirement costs.

Michael Podgursky, an economics professor at the University of Missouri who serves on the council's board, said teaching is a job that can physically be done into one's 60s.

"It doesn't make sense in an occupation like teaching to have such early retirement ages," Podgursky said.

In Kentucky, Sharron Oxendine, president of the Kentucky Education Association, said the ability to fully retire before 65 is an important benefit to teachers in Kentucky, and that more than 90 percent of retirees stay in the state.

"When you have the baby boomers who are retiring, that's a really important issue for them, is being able to take care of their parents or other family members and that's an option for them. Is that 27-year retirement going to provide them a quality of life that they've been used to? Absolutely not; in more times than not, those retirees actually go back and find additional work is some other sector," Oxendine said.