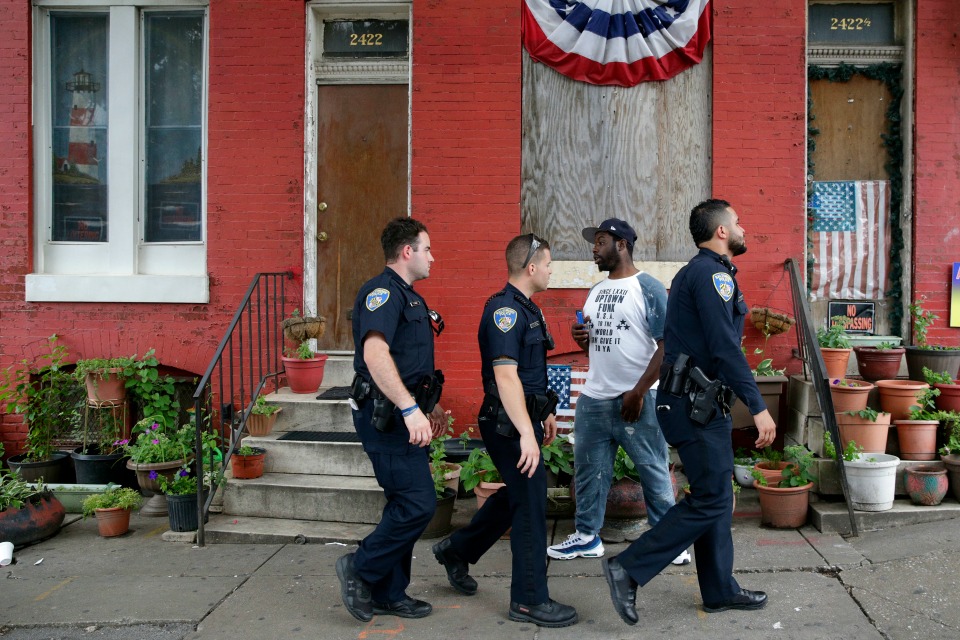 Civil rights groups reacted with alarm Tuesday, while law enforcement organizations expressed relief, after the Trump administration signaled it may back out of federal agreements reached with police departments around the U.S. to curb racial bias and excessive force.

In a memo made public this week, Attorney General Jeff Sessions ordered a review of all Justice Department "consent decrees" that force police departments to overhaul their practices, saying, "It is not the responsibility of the federal government to manage non-federal law enforcement agencies."

Consent decrees, which are enforceable by the courts, were put in place by the Obama Justice Department in such racially fraught cities as Cleveland and Ferguson, Missouri. A decree worked out under the Obama administration is awaiting approval in Baltimore, which erupted in riots in 2015 over the death of Freddie Gray in police custody. And an agreement is being negotiated in Chicago.

"Consent decrees are the means by which you provide a hedge of protection, civil rights and civil liberties," Brooks said. "Why would our attorney general upend and undo that? This review and potential reversal represents a potentially catastrophic, life-or-death consequence for cities where citizens feel like they're under siege."

But James Pasco, executive director of the Fraternal Order of Police, welcomed Sessions' memo as "gratifying."

"If a consent decree is warranted, a consent decree should be imposed," Pasco said. "But in a lot of places, decrees are punitive in nature and do absolutely nothing to improve the climate of the city."

The Sessions memo reflects a dramatic break from the Obama administration, which saw the federal government as essential in holding local police departments accountable for unconstitutional practices. Consent decrees have been used to force departments to overhaul training on the use of deadly force and to root out systematic mistreatment of blacks and Hispanics.

President Donald Trump has taken an emphatic pro-police, "law-and-order" stand. And in signaling a possible retreat from consent decrees, Sessions advanced what has been dubbed the "Ferguson effect" — the unproven theory that civil rights investigations have made police less aggressive, leading to a spike in crime in cities like Chicago.

"The misdeeds of a few bad actors should not impugn or undermine the legitimate and honorable work that law enforcement officers and agencies perform in keeping American communities safe," Sessions wrote in the memo dated Friday.

Gwen Carr, the mother of Eric Garner, a black man who died after a New York City officer put him in a chokehold in 2014, expressed frustration over the Trump administration stand, saying, "When all else fails, the federal government is our safety net."

"In a case like this, if we don't get an indictment, who do we turn to if the attorney general is going to look the other way and say, 'Hey, it's not my fight,'" Carr said.

The Obama Justice Department opened roughly two dozen investigations of police departments, and 14 of them ended in consent decrees.

While any future consent decrees could now be in jeopardy, it could be harder to change the agreements that are already in place in some cities. Though there is a mechanism that permits the Justice Department to try to modify existing agreements, experts say most judges would not be sympathetic to amending a consent decree for purely political reasons, such as a change in administration.

Some police chiefs are vowing to continue with the reforms outlined in their consent decrees, regardless of who is in office.

"We believe that the changes have improved our training, our responses, our accountability and our unwavering collaboration with our community to fulfill the terms of our agreement," said Police Chief Gordon Eden of Albuquerque, New Mexico.

In Albuquerque, allegations of excessive force and a string of about 20 fatal shootings by police in a four-year period prompted a lengthy federal investigation. A scathing report identified a "culture of aggression" and faulted police for using unreasonable force with the mentally ill.

The city's 2014 settlement with the Justice Department included numerous reforms, and a federal monitor noted in his latest report that "a substantial amount of work lies ahead" for the police force.