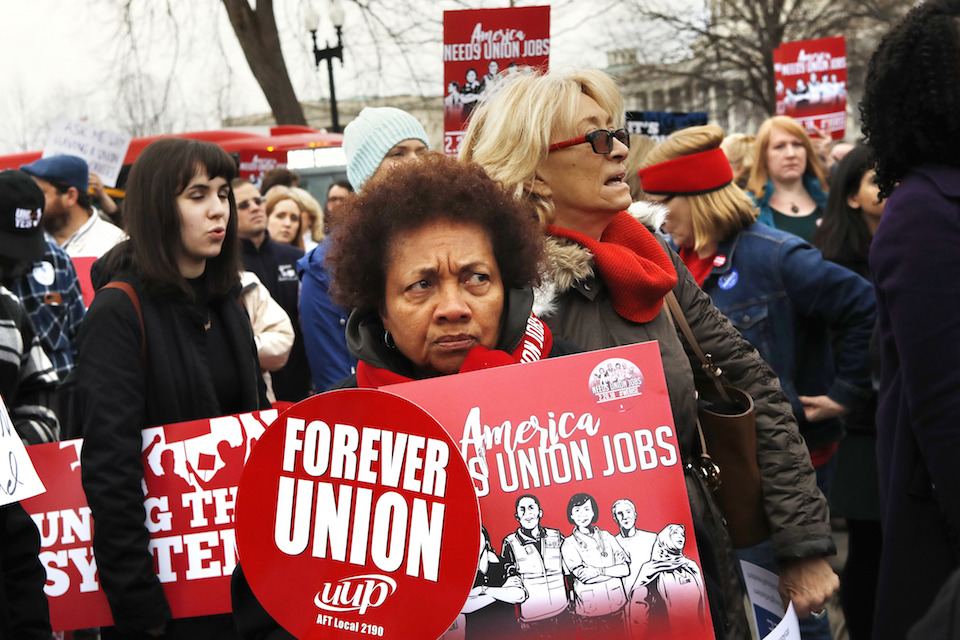 WASHINGTON (AP) — The Supreme Court is hearing arguments in a case that could deal a painful financial blow to organized labor.

All eyes will be on Justice Neil Gorsuch Monday when the court takes up a challenge to an Illinois law that allows unions representing government employees to collect fees from workers who choose not to join. The unions say the outcome could affect more than 5 million government workers in 24 states and the District of Columbia.

The court split 4-4 the last time it considered the issue in 2016. Gorsuch joined the court in April and has yet to weigh in on union fees. Organized labor is a big supporter of Democratic candidates and interests. Unions strongly opposed Gorsuch's nomination by President Donald Trump.

Illinois government employee Mark Janus says he has a constitutional right not to contribute anything to a union with which he disagrees. Janus and the conservative interests that back him contend that everything unions representing public employees do is political, including contract negotiations.

The Trump administration is supporting Janus in his effort to persuade the court to overturn its 1977 ruling allowing states to require fair share fees for government employees.

The unions argue that so-called fair share fees pay for collective bargaining and other work the union does on behalf of all employees, not just its members. People can't be compelled to contribute to unions' political activities.

Labor leaders fear that not only would workers who don't belong to a union stop paying fees, but that some union members might decide to stop paying dues if they could in essence get the union's representation for free.

"This is the place, sisters and brothers, where we make a stand today," said Lee Saunders, president of American Federation of State, County and Municipal Employees, at a rally Saturday in New York City. A union local is the defendant in the case.