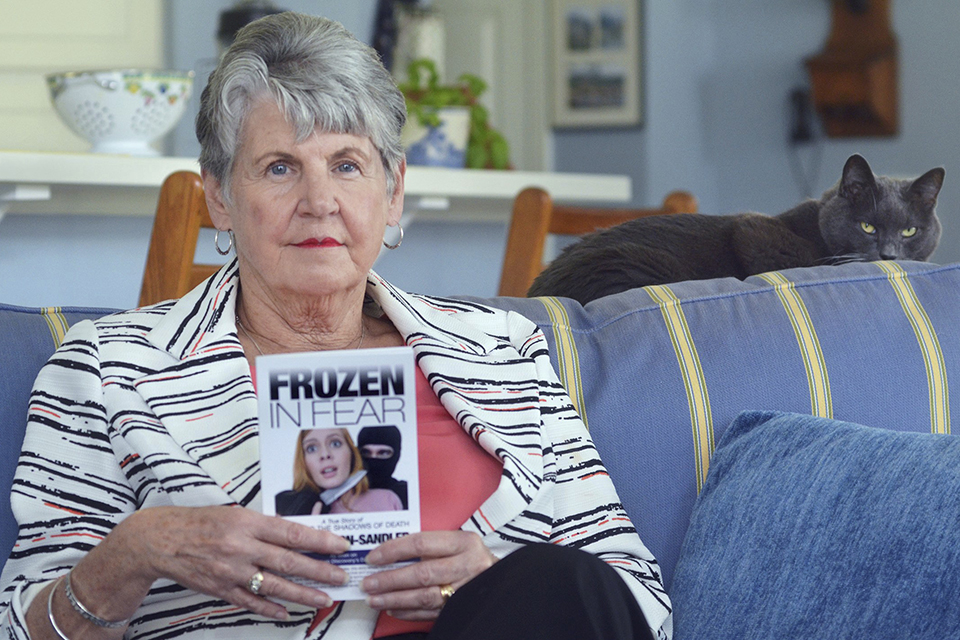 SACRAMENTO, Calif. (AP) — A genealogy website that investigators used to find the former police officer they believe was one of California's most terrifying serial killers had no idea its services were being used to pursue a suspect who eluded law enforcement for four decades.

Florida-based GEDmatch said it was never approached by authorities or anyone else about the case. The free genealogy website, which pools DNA profiles that people upload and share publicly, says that it has always informed users its database can be used for other purposes.

But the site's co-founder said he has privacy concerns after learning that law enforcement used the site and insists that his company does not "hand out data."

"This was done without our knowledge, and it's been overwhelming," Curtis Rogers told The Associated Press.

Lead investigator Paul Holes told the Mercury News in San Jose, California, that GEDmatch was one of his team's biggest tools.

Holes said officials did not need a court order to access GEDMatch's large database of genetic blueprints. Major commercial DNA companies say they do not give law enforcement access their genetic data without a court order.

Joseph James DeAngelo, 72, was arrested Tuesday after investigators matched crime-scene DNA with genetic material stored by a distant relative on an online site. From there, they narrowed it down to the Sacramento-area grandfather using DNA obtained from material he had discarded, Sacramento County District Attorney Anne Marie Schubert said.

Civil libertarians said the practice raises troubling legal and privacy concerns for the millions of people who submit their DNA to such sites to discover their heritage.

There are not strong privacy laws to keep police from trolling ancestry site databases, said Steve Mercer, the chief attorney for the forensic division of the Maryland Office of the Public Defender.

"People who submit DNA for ancestors testing are unwittingly becoming genetic informants on their innocent family," Mercer said, adding that they "have fewer privacy protections than convicted offenders whose DNA is contained in regulated databanks."

GEDMatch is a free site where users who have DNA profiles from commercial companies such as Ancestry.com and 23andMe can upload them to expand their search for relatives.

Holes said officials did not need a court order to access GEDMatch's database of genetic blueprints.

DNA was just coming into use as a criminal investigative tool in 1986 when the predator variously known as the East Area Rapist and the Golden State Killer apparently ended his decade-long wave of attacks.

DeAngelo, a former police officer, probably would have known about the new method, experts said.

No one who knew DeAngelo over the decades connected him with the string of at least a dozen murders, 50 rapes and dozens of burglaries that happened throughout California from 1976 to 1986.

After he was identified as the suspect, prosecutors rushed to charge him with eight killings.

In addition, police in the central California farming town of Visalia said Thursday that DeAngelo is now a suspect in a 13th killing and about 100 burglaries.

In 1975, community college teacher Claude Snelling was shot while trying to stop a masked intruder from kidnapping his 16-year-old daughter from his home.

Investigators lacked DNA evidence so Snelling's death and the burglaries weren't included in the tally of Golden State Killer crimes but fingerprints and shoe tracks will be reviewed for matches to DeAngelo, Visalia Police Chief Jason Salazar said.

Investigators searched DeAngelo's home on Thursday, looking for class rings, earrings, dishes and other items that were taken from crime scenes as well as weapons.

DeAngelo worked nearly three decades in a Sacramento-area supermarket warehouse as a truck mechanic, retiring last year. As a neighbor, he was known for taking meticulous care of his lawn in suburban Citrus Heights.

He also worked as a police officer in the farming town of Exeter, not far from Visalia, from 1973 to 1976.

DeAngelo was a "black sheep" who didn't joke around with other officers, said Farrel Ward, 75, who served on the force with DeAngelo.

Ward said it's possible that DeAngelo helped with the search for Snelling's killer and the elusive burglar, but he doesn't recall DeAngelo directly investigating the killing.

"I've been thinking, but there's no indication whatsoever that anything was wrong," Ward said. "How could you just go out and kill somebody and go back and go to work? I don't understand that."

Later, DeAngelo joined the Auburn Police Department outside of Sacramento but was fired in 1979 after he was caught shoplifting a hammer and dog repellent.