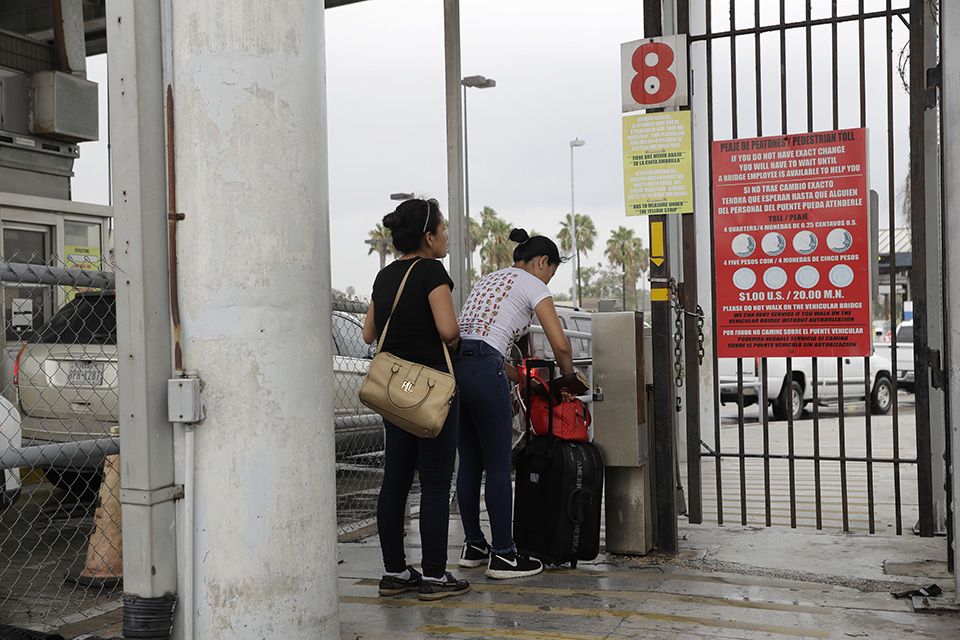 EDINBURG, Texas (AP) — President Donald Trump's reversal of a policy separating migrant families at the Mexico border sparked confusion over how the new guidelines will play out and deep concern that the changes don't go far enough, allowing children to still be held in detention even if they remain with their families.

"We are pleased that the president is calling a halt to his inhumane and heartless policy of separating parents from their children," said Peter Schey, the lawyer in a lawsuit that resulted in a key agreement governing the treatment of migrant children in detention called the Flores settlement.

Trump said Wednesday he didn't like seeing children being removed from their families, a recent practice that has sparked worldwide outrage. But he also said "zero tolerance" on illegal immigration continues, and children will be held with their parents while the adults are prosecuted.

It remains unclear what will happen with the more than 2,300 children separated from their parents at the border in recent weeks. Officials have said they are working to reunite families as soon as possible but have provided no clear answers on how that will happen.

"This is a stopgap measure," said Gene Hamilton, counsel to the U.S. Attorney General Jeff Sessions. Justice Department lawyers were planning to file a challenge to the Flores settlement, which requires the government to release children from custody and to their parents, adult relatives or other caretakers, in order of preference.

If those options are exhausted, authorities must find the "least restrictive" setting for a child who arrived without parents.

Justice Department lawyers will seek permission to allow for the detention of families until criminal and removal proceedings are completed.

Delaware Sen. Tom Carper said he was concerned about whether parents can track down their kids. "I am also deeply troubled to hear reports that the administration, in its haste to hold innocent children hostage in order to demand funds for a border wall, failed to plan appropriately to reunite these families following their separation," the Democrat said.

Kay Bellor, vice president for programs at Lutheran Immigration and Refugee Service, among the largest refugee resettlement agencies in the U.S., said: "While children will no longer be ripped from the arms of their parents for the sole purpose of deterring immigration, they will go to jail with their parents. Jail is never an appropriate place for a child."

New York Mayor Bill de Blasio on Wednesday went to a center in Manhattan that is caring for 239 migrant children separated from their parents.

De Blasio told reporters the children at Harlem's Cayuga Center included a 9-year-old Honduran boy sent to the center 2,000 miles by bus after being detained at the border. He said the youngest child there is 9 months old.

The center is operated under a federal contract that places unaccompanied migrant children in short-term foster care. De Blasio said staff members reported seeing about 350 children since the launch of the "zero tolerance" policy.

"It looked like the kids were being treated very well," the mayor said, but added several arrived with lice, bed bugs or chicken pox.

On South Texas' border with Mexico, Manuel Padilla, chief of the U.S. Border Patrol's Rio Grande sector, told The Associated Press on Tuesday that the current situation for migrant children in the U.S. "is not ideal," but the children are treated "very well."

"The ideal situation is for these children and family units to be in their home country in a stable situation," he said.

The lines of asylum seekers at some locations on the border seem to have waned in recent days as the U.S. government's treatment of migrants has come under scrutiny.

Josseline Garcia, the younger sister, told the AP she knew that ICE could detain them indefinitely. But, she said, "we are waiting our turn, and hoping."