Immigrant Families Remain Apart With No End in Sight 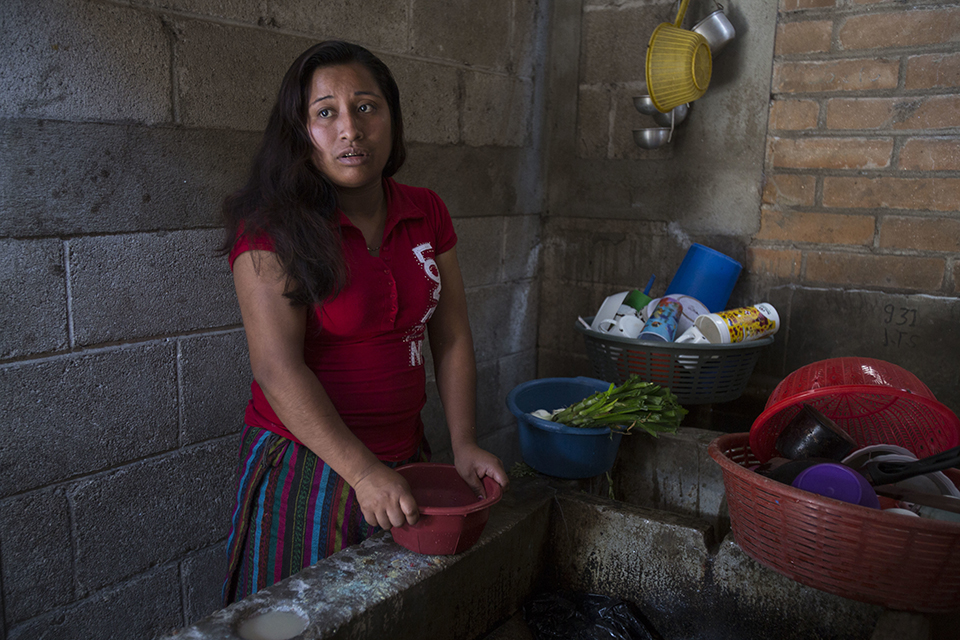 HOUSTON — As the U.S. government said it had reunited every immigrant family it could, Josefina Ortiz Corrales remained in an immigration detention center and her adopted son in the care of her elder daughter.

Paulina Gutierrez was in her hometown in Guatemala, earning less than $2 a day preparing strings for candle wicks while praying for the quick return of her 7-year-old daughter from government custody in Arizona. She cries every night without fail as she thinks about her decision to agree to be deported in the mistaken belief that the girl would come home with her.

Hundreds of families remain separated a day after Thursday's court-ordered deadline, with no reunification in sight. Lawyers and advocates sharply criticized the U.S. government for creating a bureaucratic and legal snarl that's made it difficult to reunify families and created a scenario where some may never see their children again.

"There is no question that there may be families that are permanently separated as a result of this policy," said Michelle Brané, director of migrant rights at the Women's Refugee Commission.

The government had until the end of day Thursday to reunify more than 2,500 families separated at the U.S.-Mexico under President Donald Trump's zero-tolerance immigration policy that stoked a global outrage. The government said it had reunited more than 1,800 children over the age of 5 with parents or placed them with sponsors who are often relatives.

That leaves 700 who remain apart, including what is believed to be more than 400 cases where the parents have been deported. The government will have to come up with a plan for completing those foreign reunions by flying children back to Central America, but advocacy groups are already stepping in to fill the void.

The American Civil Liberties Union plans to start looking for all the parents on their own while going back through all of the cases of those not yet reunified to see if they could put more families back together. The advocacy group Kids in Need of Defense has deployed staff to Honduras and Guatemala to facilitate reunions.

The government says the mothers and fathers of 120 children "waived reunification" and dozens more weren't eligible to get their children back because they had criminal records or weren't the biological parent.

U.S. Immigration and Customs Enforcement officials say some of the parents who were deported had the chance to take their children and declined after already paying smugglers thousands of dollars to make the dangerous journey from Central America and wanting a better life for their kids to stay in the U.S.

"And once their children are here, they are generally not going to give up the opportunity for their children to remain in the country," said Matthew Albence, the executive director of ICE's enforcement and removal operations.

Many parents say that's not true.

Several have told The Associated Press and immigration lawyers that they were told in detention to sign paperwork that they didn't fully understand.

Gutierrez, 26, says she crossed the Rio Grande about two months ago with her 7-year-old daughter, Antonia. Under the terms of the Trump administration's zero-tolerance policy, she was subject to arrest and prosecution for entering the country without permission.

She was eventually sent to a detention center in Arizona. She accuses immigration agents of lying to her so that she would agree to be deported.

"If not, you will spend months here," she recalled agents telling her. "They said, 'It's not us who want to do this to you. It's the president who is ordering this.'"

Gutierrez does video chats with her daughter, regularly looks back at photos of her and hopes she can be returned by her 8th birthday.

The ACLU this week filed affidavits from several attorneys that detail what it considers flawed procedures, including limited phone access and strict visitation policies, language barriers and being given only a few minutes to decide whether to leave their children in the United States.

One lawyer, Luis Cruz, said in a filing that he met five fathers who were on a government list of parents who had relinquished their rights to reunify with their children. The fathers all said they had signed a government form despite not being able to read or write in Spanish or English. Many adults from Central America, including Gutierrez, are from indigenous communities and Spanish is their second language.

Other parents are still in the United States, but in immigration detention. Their children have been released to sponsor relatives.

Lawyers following the process say that has included an undetermined number of parents who the government is detaining because they were previously deported and then tried to re-enter the country.

Illegally re-entering the U.S. after a prior deportation is a felony. But in some cases, parents who had been deported before and returned to the U.S. were released and reunited with children who were in government shelters.

Sara Ramey of the San Antonio-based Migrant Center for Human Rights says the government appears to be refusing to release some parents with immigration records if their children are with a sponsor.

Ramey is representing two mothers held at a Texas detention center whose children are with sponsors, including Ortiz, who entered the U.S. from Honduras in December with her 4-year-old son and sought asylum.

An immigration judge ordered Ortiz's removal from the country in 2004. Ortiz says she went back on her own and only returned to seek asylum because her partner attacked her and police did not try to protect her.

Her son was placed with her adult daughter in Austin, Texas.

In a phone interview from the detention center, Ortiz said she only talked to her son once a week because otherwise he becomes too agitated.

"I ask for immigration to forgive me," she said. "I ask that they let me see my family, my son, because he is suffering very much. We have never been apart."