'Why Not Now?' for Slavery Reparations, House Panel Is Told 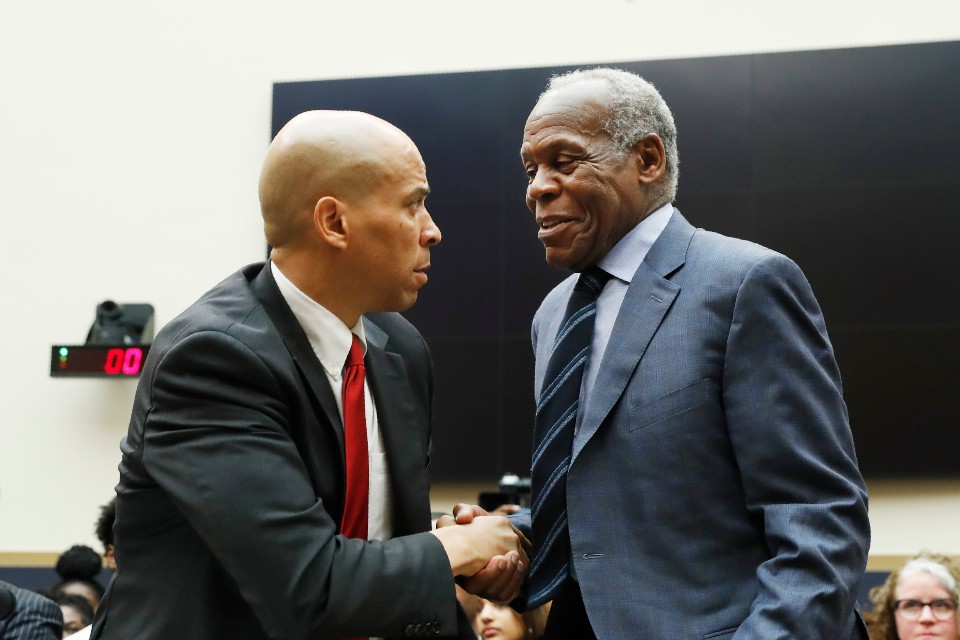 WASHINGTON (AP) — The debate over reparations catapulted from the campaign trail to Congress on Wednesday as lawmakers heard impassioned testimony for and against the idea of providing compensation for America's history of slavery and racial discrimination.

Rep. Sheila Jackson Lee, D-Texas, the sponsor of a resolution to study reparations, put a fine point on the discussion: "I just simply ask: Why not and why not now?"

It was Congress' first hearing on reparations in more than a decade, and came amid a growing conversation both in the Democratic Party and the country at large about lingering racial disparities in the United States. Once considered a fringe topic, mostly pushed aside in Congress, the possibility of reparations was treated with seriousness by the witnesses and lawmakers alike, though Republicans made clear their opposition.

One of the most striking moments came as writer Ta-Nehisi Coates, the author of a widely read 2014 essay making the case for reparations, challenged Senate Majority Leader Mitch McConnell's assertion that no one alive today is responsible for the past treatment of Black Americans.

"It's impossible to imagine America without the inheritance of slavery," Coates told the House Judiciary panel.

"For a century after the Civil War, Black people were subjected to a relentless campaign of terror," Coates said. "Victims of that plunder are very much alive today. I am sure they'd love a word with the majority leader."

"Victims of that plunder are very much alive today. I am sure they'd love a word with the majority leader.

McConnell, R-Ky., said on Tuesday he doesn't think "reparations for something that happened 150 years ago, for whom none of us currently living are responsible, is a good idea."

The Hearing Coincided with Juneteenth

Wednesday's hearing coincided with Juneteenth, a cultural holiday commemorating the emancipation of enslaved Black people in the United States, and it attracted a crowd. More than a hundred people were lined up to try and get a seat in the hearing room. Those inside frequently reacted to testimony and comments from members of Congress with cheers and boos.

At one point, an audience member shouted "You lie!" at Texas Republican Rep. Louie Gohmert when he urged that Americans know their history and "not punish people today for the sins of their predecessors in the Democratic Party."
Coates was among eight witnesses who testified for more than three hours on the topic of House Resolution 40, aimed at creating a commission to study reparations. Actor and activist Danny Glover, a longtime advocate of reparations, urged passage of the resolution.

A national reparations policy is a moral, democratic and economic imperative

"A national reparations policy is a moral, democratic and economic imperative," said Glover, noting that his great-grandmother was a former slave he met as a young boy. "This hearing is yet another important step in the long and historic struggle of African Americans to secure reparations for the damage that has been inflicted by slavery and Jim Crow."

Sen. Cory Booker, D-N.J., a presidential contender, testified that the U.S has "yet to truly acknowledge and grapple with the racism and White supremacy that tainted this country's founding and continues to cause persistent and deep racial disparities and inequality."

But another witness, Coleman Hughes, who at times testified over boos from the audience, said Black people don't need "another apology," but safer neighborhoods, better schools, a less punitive criminal justice system and better health care.

"None of these things can be achieved through reparations for slavery," said Hughes, a writer and student at Columbia University who said he is the descendant of Blacks enslaved at Thomas Jefferson's Monticello.

National Conversation Over the Legacy of Slavery

The Democratic legislation, which would set up a bipartisan commission to study the issue, spotlights a national conversation over the legacy of slavery. Several of the party's presidential candidates have endorsed looking at the idea, though they have stopped short of endorsing direct payouts for African Americans.

House Majority Leader Steny Hoyer, D-Md., on Wednesday called reparations a "serious issue" and said he expects the resolution will see a vote in the House.

While reparations has been moving toward the mainstream of the Democratic Party, the idea remains far from wide acceptance. And the panelists themselves, mostly Black, differed on what reparations should look like and who should benefit from them.

Rep. Mike Johnson of Louisiana, the top Republican on the panel, said he respects the beliefs of those who support reparations. He called America's history with slavery "regrettable and shameful."

But he said paying monetary reparations for the "sins of a small subset of Americans from many generations ago" would be unfair, difficult to carry out in practice and, in his view, likely unconstitutional.

The debate over reparations for Black Americans began not long after the end of the Civil War. A resolution to study the issue was first proposed in 1989 by Conyers of Michigan, who put it forward year after year until his retirement in 2017. His portrait hangs in the room where the hearing was held.