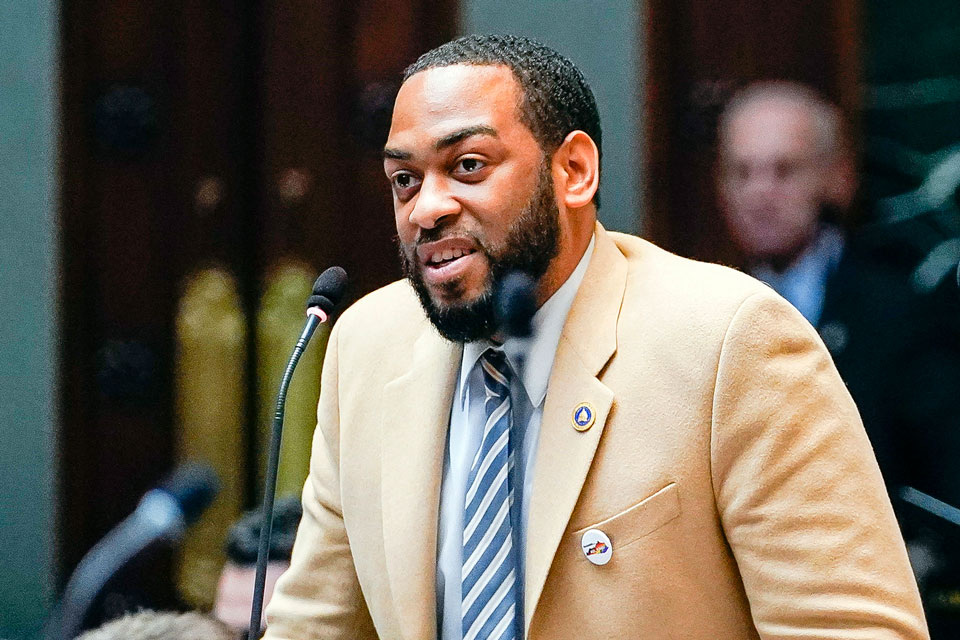 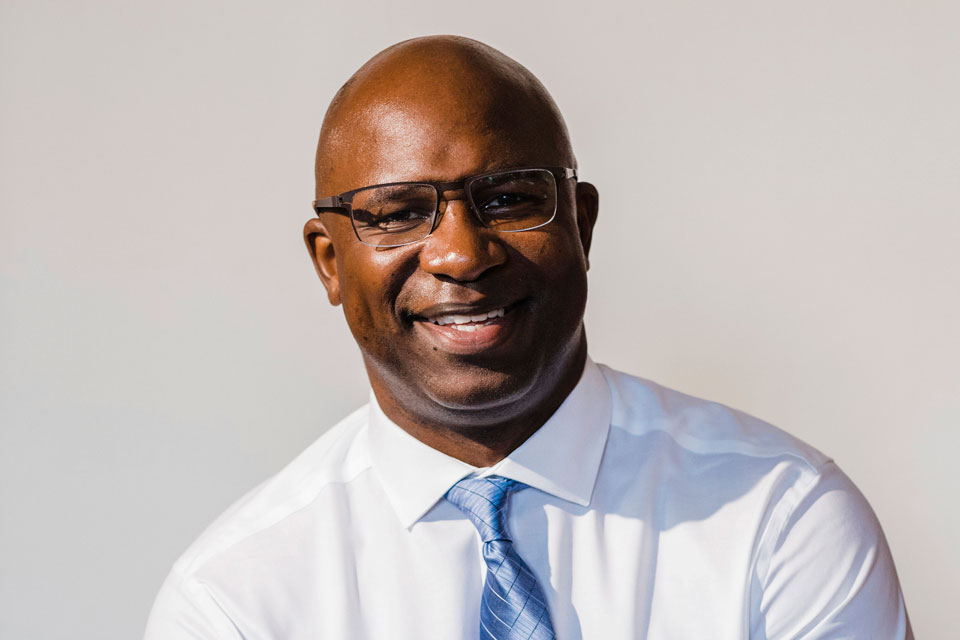 This undated photo, provided by his campaign, shows Jamaal Bowman, a first-time candidate who helped found the Cornerstone Academy of Social Action in 2009, who has picked up endorsements from Sen. Bernie Sanders and Alexandria Ocasio-Cortez in his race against U.S. Rep. Eliot Engel, a 16-term incumbent representing parts of the Bronx and suburban Westchester County. (Corey Torpie via AP, FIle)NEW YORK (AP) — Amy McGrath and Eliot Engel live hundreds of miles apart in states with dramatically different politics.

Yet they're the preferred candidates of the Democratic Party’s Washington establishment as voters in Kentucky and New York decide their congressional primary elections on Tuesday. And both may be in trouble.

On the eve of their elections, Engel, a 16-term House incumbent who represents parts of the Bronx and New York City’s wealthy suburbs, and McGrath, a former military officer and fundraising juggernaut running in her first Kentucky Senate campaign, are facing strong challenges from lower-profile Black candidates. The challengers have tapped into the wounded progressive movement’s desire for transformational change suddenly animated by sweeping civil rights protests across America.

Engel’s challenger, 45-year-old former public school principal Jamaal Bowman, and McGrath’s opponent, 35-year-old state Rep. Charles Booker, speak openly about their personal experience with police brutality and racism as they promote progressive plans to transform the nation’s health care system and economy. And both accuse their White opponents of being absent from the front lines of the civil rights debate.

Bowman and Booker have also won the endorsement of Bernie Sanders, among a growing list of progressive leaders trying to influence the races from afar. The Vermont senator failed to win the Democratic Party’s presidential nomination, but he continues to shape congressional primaries — even if it puts him at odds with House Speaker Nancy Pelosi, who's backing Engel, and Senate Minority Leader Chuck Schumer, who helped recruit McGrath.

“There is no question the momentum is with us,” Sanders said in an interview.

But the story of Bowman and Booker’s rise extends well beyond the yearslong tug-of-war between the progressive and pragmatic wings of the Democratic Party. They didn't gain traction until after George Floyd’s death last month triggered nationwide outrage about racial inequality.

Hours before polls open, however, it's far from certain their bids will be successful. 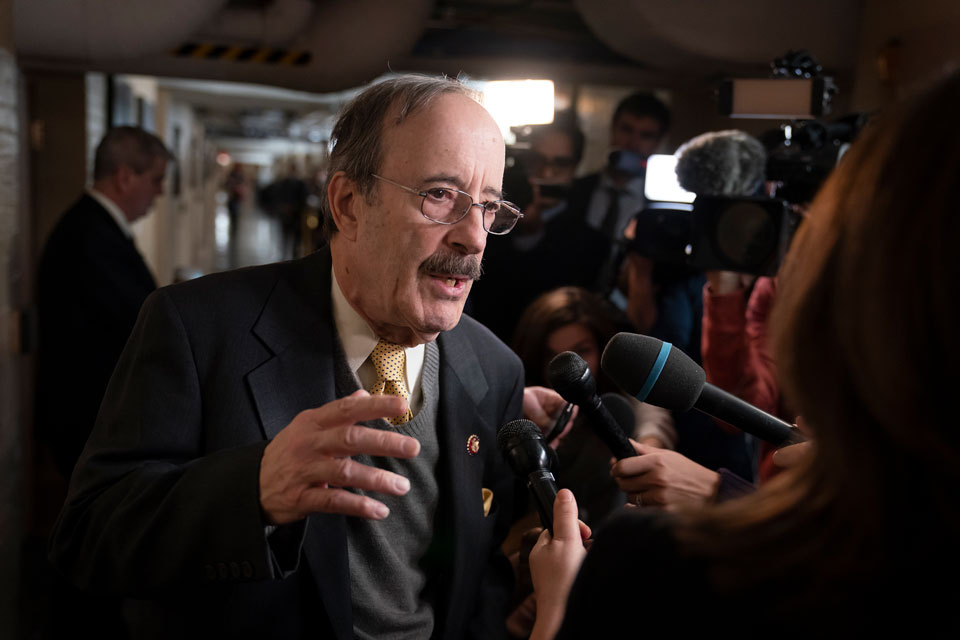 In this Dec. 17, 2019, file photo House Foreign Affairs Committee Chairman Eliot Engel, D-N.Y., talks to reporters as before he meets with fellow House Democrats at the Capitol in Washington. Amy McGrath and Engel live hundreds of miles apart in states with dramatically different politics. Yet they are both the preferred candidates of the Democratic Party’s Washington establishment as voters in Kentucky and New York decide their congressional primary elections on Tuesday. And both may be in trouble.(AP Photo/J. Scott Applewhite, File)In New York, the progressive pushback against Engel's reelection was somewhat surprising given his status as one of the Democratic Party's most liberal members. He has also drawn overwhelming support from African Americans in Congress and establishment leaders such as Hillary Clinton.

In an interview, he noted he was a founding member of the House Medicare for All Caucus, an original co-sponsor of the Green New Deal and the endorsed candidate of the congressional Black and Hispanic caucuses.

“I’ve always believed that Black lives matter. I didn’t have to see a tragedy to know that,” said Engel, 73. “All I can do for people is say, ‘Here’s my record.’ I can’t control outside events.”

Engel admits regret over an unforced error of sorts earlier in the month when he was caught on a hot microphone telling a New York colleague at a news conference about the civil unrest: “If I didn't have a primary, I wouldn't be here.”

He says the comments were taken out of context, but he also understands why some people would be upset.

“Do I wish the whole event hadn’t happened? Sure. But it doesn’t change my record,” Engel said.

Bowman seized on the comment and the perception that Engel has lost touch with the entirety of his diverse district, which features Westchester County's multimillion-dollar homes and the Bronx's housing projects. In both communities, Bowman said, there's a growing sense of unity around racial justice.

“We’re seeing protests and uprisings in communities that are White and wealthy and stereotypically don’t care about racial justice,” he said in an interview. “That’s inspiring and it’s helpful to us because everyone knows we were talking about police brutality. I was sharing my personal story, and we were going after institutional racism from the very beginning of our campaign." 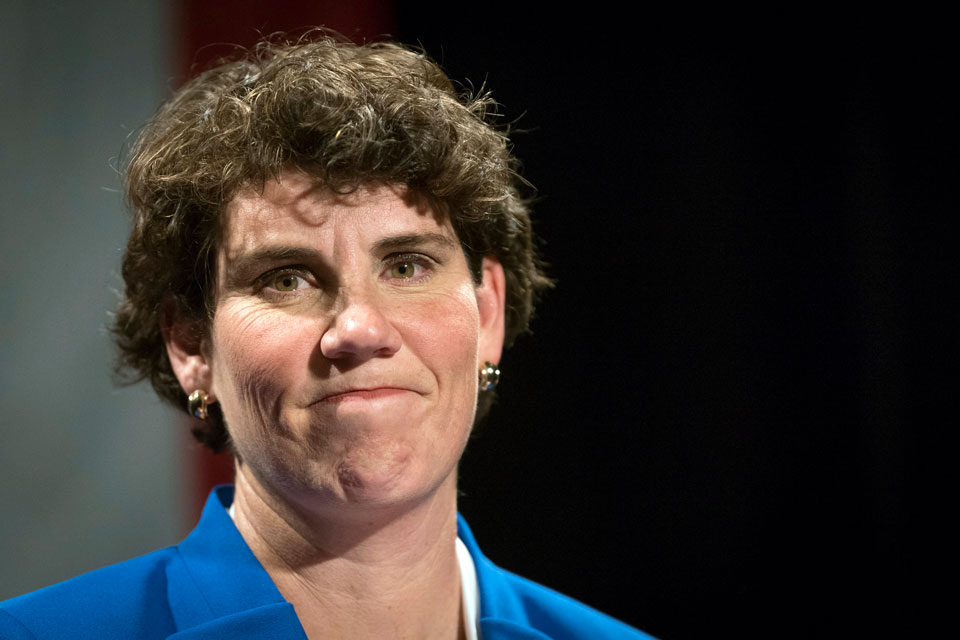 In this Nov. 6, 2018, file photo, Amy McGrath speaks to supporters in Richmond, Ky. McGrath and Eliot Engel live hundreds of miles apart in states with dramatically different politics. Yet they are both the preferred candidates of the Democratic Party’s Washington establishment as voters in Kentucky and New York decide their congressional primary elections on Tuesday. And both may be in trouble. (AP Photo/Bryan Woolston, File)The winner of the New York House primary Tuesday is expected to win the general election easily given the district's strong Democratic tilt. Kentucky's Senate primary will determine which Democrat runs against Senate Majority Leader Mitch McConnell, who's unpopular but a proven political force in a deep-red state.

Washington Democrats helped recruit McGrath, thinking her military history and centrist approach would play well, even in a state that backed Trump by 30 percentage points four years ago. The former Marine fighter pilot reported an eye-popping $19 million in the bank at the beginning of the month. Booker reported just $285,000 then, although his campaign told The Associated Press he raised at least $2.4 million more this month.

Booker's recent fundraising surge coincides with the protests, although it's unclear whether the focus on racial inequality will resonate to the same degree in a state where just 8% of residents are Black and 3 out of 4 don't have a bachelor's degree, according to the Census Bureau.

“It is real,” Booker said of racism in his state. "I’ve had ancestors lynched in Kentucky.”

Just this month, he says he was tear-gassed by police in the Louisville district he represents while attending a peaceful rally.

“I’m there to make sure people are safe, make sure nothing goes wrong and that people's voices are heard. And we look up and three canisters are thrown within 10 feet of me,” Booker told the AP. "Everyone starts running. And I just stood there in disbelief — that even though I have done all this work across Kentucky, even though I’m an elected official, they still saw me as a young Black man, and they still felt like it was justified to throw tear gas at me. It hurt.”

McGrath's critics say she's been a less visible presence at protests, though she has attended some. She's also drawn criticism from her party's far left wing for resisting policy proposals such as “Medicare for All.” And she's not willing to call Trump a racist, even if she thinks his words and actions have been.

Still, McGrath has not shied away from questions about race. In an interview, she called on White people to do more to fight systemic racism.

“We need to stand up for what’s right and talk to other White people and call it out when we see it," she said. “Whatever the solution is, we want to be part of it."