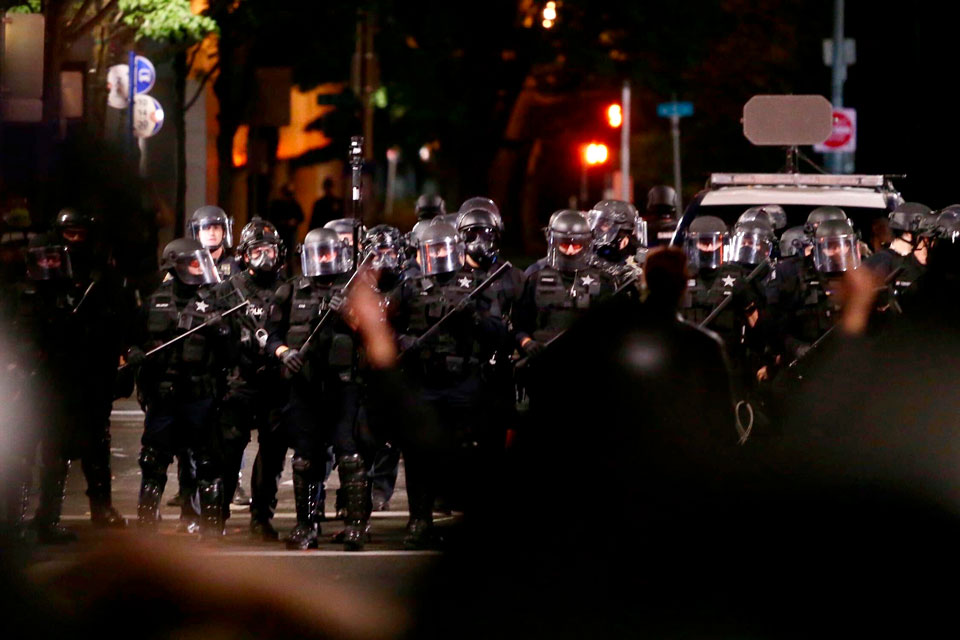 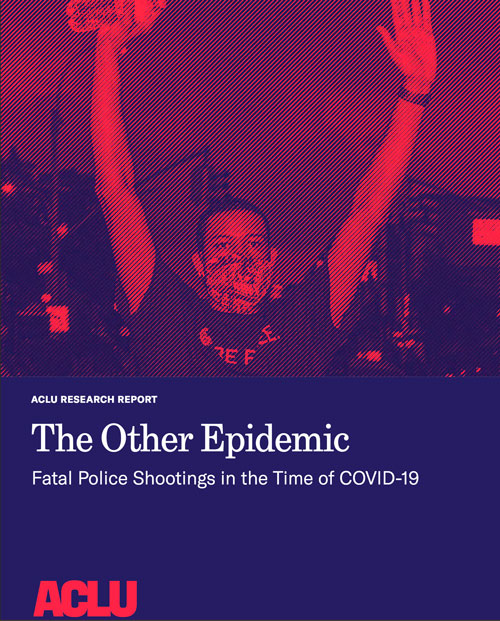 Click the image to view/download the report.NEW YORK — Today, the American Civil Liberties Union released "The Other Epidemic: Fatal Police Shootings in the Time of COVID-19.” The report finds fatal shootings by police are so routine that, even during a national pandemic, with far fewer people traveling outside of their homes and police departments reducing contact with the public so as not to spread the virus, police have continued to fatally shoot people at the same rate so far in 2020 as they did in the same period from 2015 to 2019. Further, our analysis reveals that Black, Native American/Indigenous, and Latinx people are still more likely than white people to be killed by police.

Key findings of the report include:

“The findings of this report show that police violence in our country is not situational, but rather endemic to our country’s policing institution. Despite a once in a lifetime public health crisis that has upended societal norms and caused a decrease in physical interaction, police still manage to kill people at the same rate as before the outbreak of COVID-19,” said Paige Fernandez, policing policy advisor at the ACLU. “In order to address the tide of police violence that continues in Black and Brown communities despite a global pandemic, we must transform policing in this country by dramatically reducing police departments’ role, responsibilities, power, and funding. Only then can we truly eliminate unnecessary interactions between the police and community members, thereby reducing violence and deaths.”

Because of stay-at-home orders, social distancing requirements, and police department policies advising officers to initiate fewer investigative contacts, we might have expected fewer fatal police shootings in 2020 relative to years past. This number is consistent with each of the previous five years for which we have data — a surprising outcome given the significant societal disruptions caused by the COVID-19 pandemic in 2020.

“The Other Epidemic: Fatal Police Shootings in the Time of COVID-19” provides a comprehensive set of recommendations centered on reinvesting in community-based services that are better suited to respond to actual community needs and reducing police interactions. These recommendations include prohibiting police from enforcing a range of non-serious offenses including non-serious traffic and minor offenses, transforming use of force statutes so that police officers use of force against community members is rare, abolishing qualified immunity, which often shields officers from liability for many constitutional violations, and establishing independent oversight structures with teeth that ensure that when officers use force in violation of the law they are held accountable.