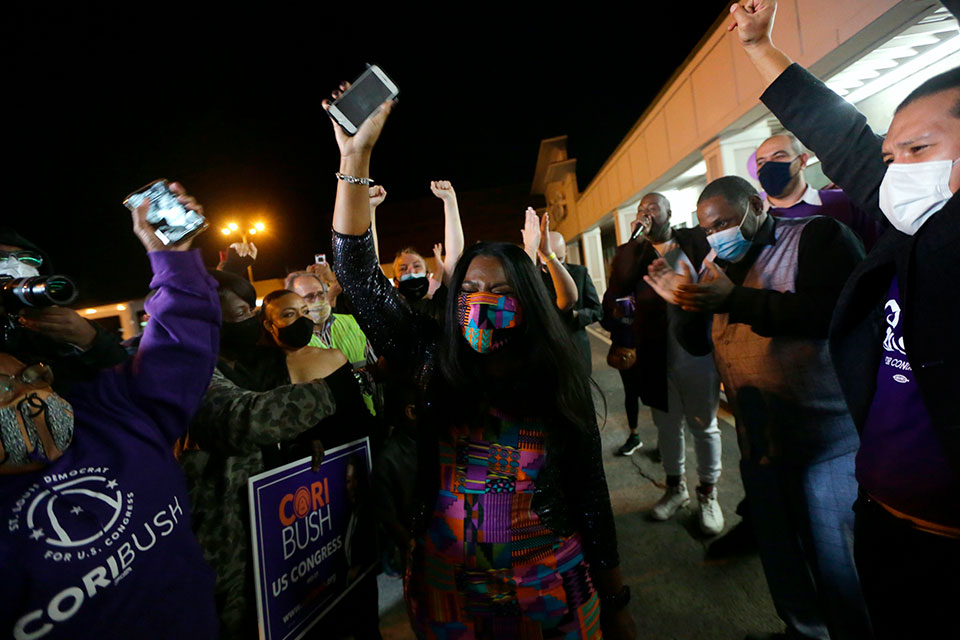 During what may be one of the most nerve racking election seasons this country has seen, Progressive Democrat Cori Bush has made history. Tuesday night, she was elected as the first Black congresswoman from the state of Missouri. She will be representing the 1st District, which encompasses the city of St. Louis. Bush (D) received 84.3% of the vote over Anthony Rogers (R), who received 13.9%, according to The Associated Press.

Bush’s first victory came during the Democratic primary in August when she surpassed longtime Rep. Wm. Lacy Clay (D) by more than 4,000 votes to make it on the November ballot. ABush has been active in the political landscape of Missouri since 2014, following the death of Michael Brown. She is a minister and nurse, a member of the Congressional Progressive Caucus, an advocate of Medicare for All and a supporter of the Green New Deal.

In 2018, Bush ran for office, losing by just 20 points to her now-defeated incumbent Rep. William Lacy Clay. Clay has served in the House of Representatives since 2001, succeeding his father who occupied the seat since 1969. Bush’s win represents the changing of a guard and the upset of a political dynasty with Jason Rosenbaum, a St. Louis Public Radio political correspondent calling it “one of the most significant moments in the history of St. Louis politics.”

She was flanked by her family and team as she got ready to make her acceptance speech. Her dad, Errol Bush, spoke to constituents first wearing a purple tee-shirt emblazoned with “Nurse, Activist, Mother: Bold Leader for Congress.”

“I am Cori’s dad, thank you for all of you for being here this evening on such a wonderful evening. The day was so beautiful. [We] got a chance to get out to vote and even for those who didn’t want to vote, they didn’t have any excuse not to go out.”