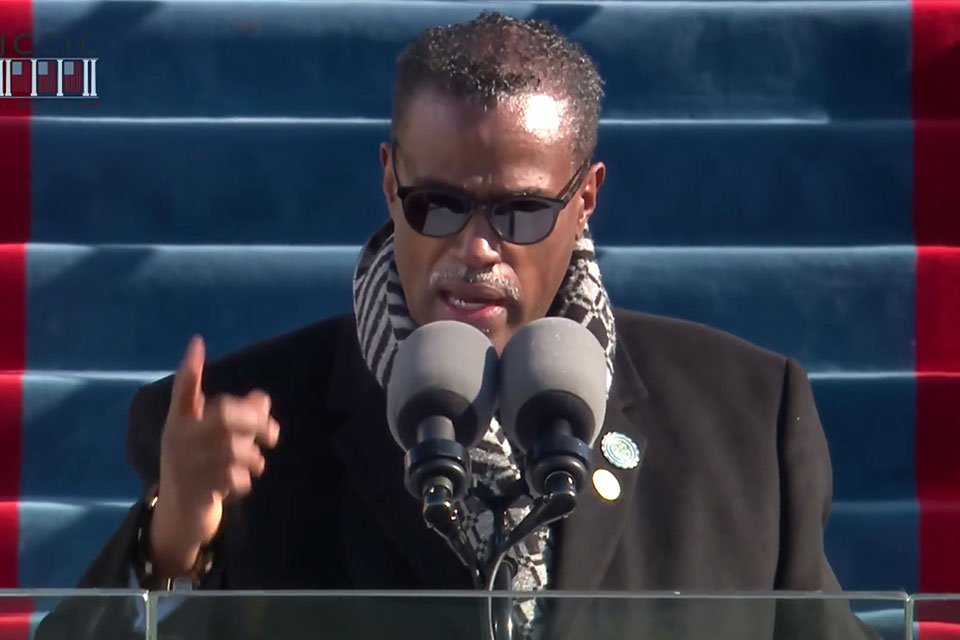 The African American community at large can trust President Joe Biden to fulfill his campaign commitments of ensuring that Black people would be better positioned to prosper in the U.S., according to the man chosen to give the benediction at the Jan. 20 inauguration.

“We need a president who is after the heart of God,” Rev. Dr. Sylvester Beaman, of Bethel African Methodist Episcopal Church in Wilmington, Delaware, told NBC News.

“In these terrible times, if anybody can bring healing and reconciliation to a divided country, if we give him room to work, Joe Biden can be that person,” Rev. Beaman continued.

Born in Niagara Falls Memorial Hospital in upper New York and raised by a single mother in a family of nine children, Rev. Beaman rose through the African Methodist Episcopal Church ranks.

His Bethel AME Church in inner-city Wilmington counts as an intergenerational congregation with 50 ministries.

Shortly after he arrived in Delaware, Rev. Beaman and then Sen. Joe Biden became friends.

According to the Royal Gazette in Bermuda, Rev. Beaman said President Biden telephoned him on a late Sunday evening to ask whether he would pronounce the benediction at the inaugural.

“If I weren’t [available], I would have changed everything to be able to deliver that benediction,” declared Rev. Beaman, who rode in the presidential motorcade during the second inauguration of President Barack Obama in 2013.

“I was immediately humbled, surprised.”

He added that he supported President Biden and Vice President Kamala Harris “from the very beginning.”

“I knew his temperament, his experience, his commitment to family, to his faith,” Rev. Beaman noted.

“I felt that he would be right for this time."

President Biden’s choice of the Black clergyman to wrap an inspirational bow around the event speaks to the incoming commander-in-chief’s connection to Black Americans and his trust in Beaman, NBC News reported.

The news outlet noted that in President Biden’s November victory speech, he acknowledged that Black people “have my back,” both during the campaign and throughout his career and that as president, he will have theirs.

In a February 2020 interview with National Newspaper Publishers Association President and CEO Dr. Benjamin F. Chavis, Jr., President Biden reiterated his commitment to Black America.
“I got started in the African American community. I got involved in the Civil Rights Movement when I was a kid. I helped de-segregate a movie theater, that kind of thing,” President Biden told Dr. Chavis.

“I was the only guy who worked in the projects on the East Side who was White. That is how I got started, and the Black community is the community that, as we say, brung me to the dance. That’s how I got elected.”

“As an example, when George Floyd protests occurred,” Rev. Beaman said, “Joe Biden called and asked: ‘Can I come to your church and hold a meeting with community leaders and clergy? I just want to hear what people think.’ Contrast that with President Trump bypassing protesters and having them cleared out to go stand in front of a church to pose for photos with a Bible.”