Hulu to Produce '1619 Project' Documentary on Slavery in America 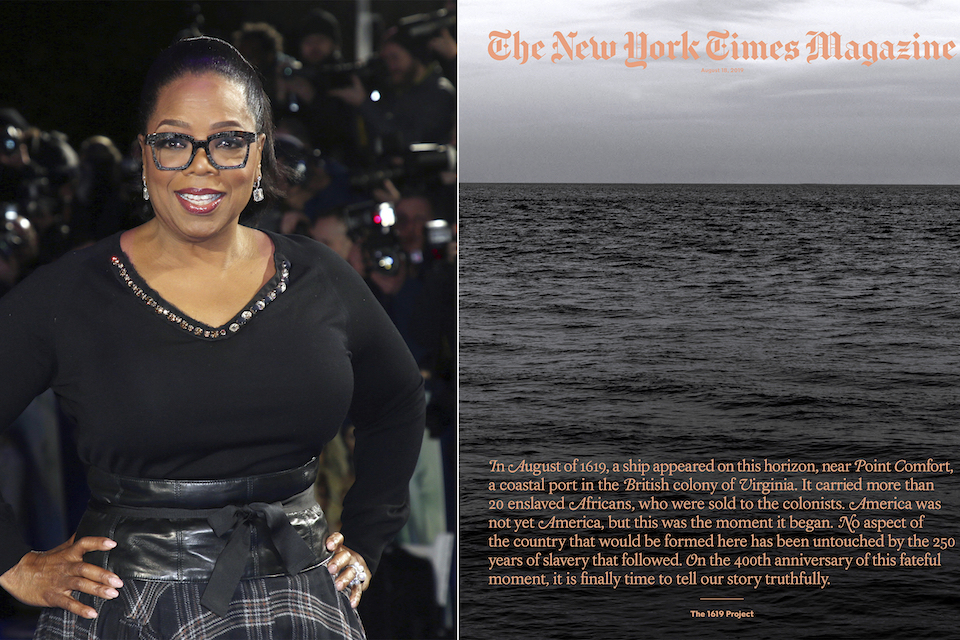 NEW YORK (AP) — Hulu will produce a documentary series based on “ The 1619 Project,” stories in The New York Times that examined the legacy of slavery in America dating from the arrival of the first slave ship from Africa.

Roger Ross Williams, an Academy Award-winning director for his film “Music by Prudence,” will oversee and produce the series, it was announced Thursday.

The announcement was an outgrowth of a deal announced last summer by the Times, Lionsgate and Oprah Winfrey to develop “The 1619 Project” into a portfolio of films, television series and other content. They will also be producers, along with Williams' business partner, Geoff Martz.

The Pulitzer Prize-winning newspaper series, from writer Nikole Hannah-Jones, began appearing on the 400th anniversary of ship's arrival in the then-British colony of Virginia.

“‘The 1619 Project’ is an essential reframing of American history." Williams said. “Our most cherished ideals and achievements cannot be understood without acknowledging both systemic racism and the contributions of Black Americans. And this isn’t just about the past — Black people are still fighting against both the legacy of this racism and its current incarnation.”

The streaming service gave no indication of when the documentary series will appear.