Judge Asked to OK Evidence of Ahmaud Arbery's Past Troubles 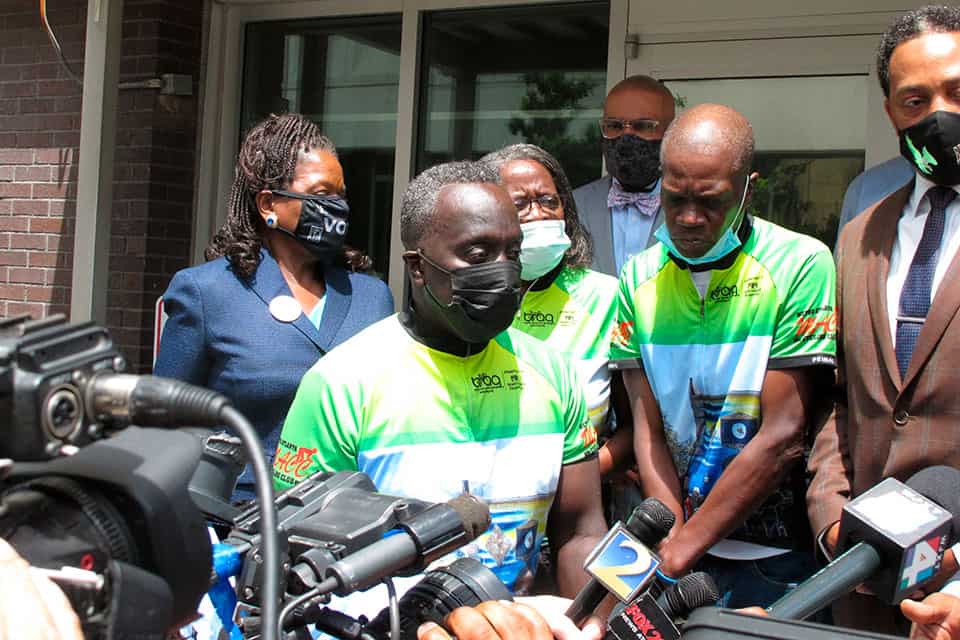 BRUNSWICK, Ga. (AP) — Attorneys for a white father and son charged with chasing and killing Ahmaud Arbery asked a judge Wednesday to allow evidence of the slain Black man's past problems to be presented when their clients stand trial for murder.

Prosecutors argued that Arbery's criminal record and other prior problems should be kept out of the trial, saying they are irrelevant to the defendants' decision to arm themselves and ultimately shoot a man who was trying to run away.

Travis McMichael and his father, Greg McMichael, pursued the 25-year-old Black man in a pickup truck after they spotted him running in their neighborhood Feb. 23, 2020. A neighbor, William “Roddie” Bryan, joined the chase and took cellphone video of Travis McMichael shooting Arbery three times at close range with a shotgun. 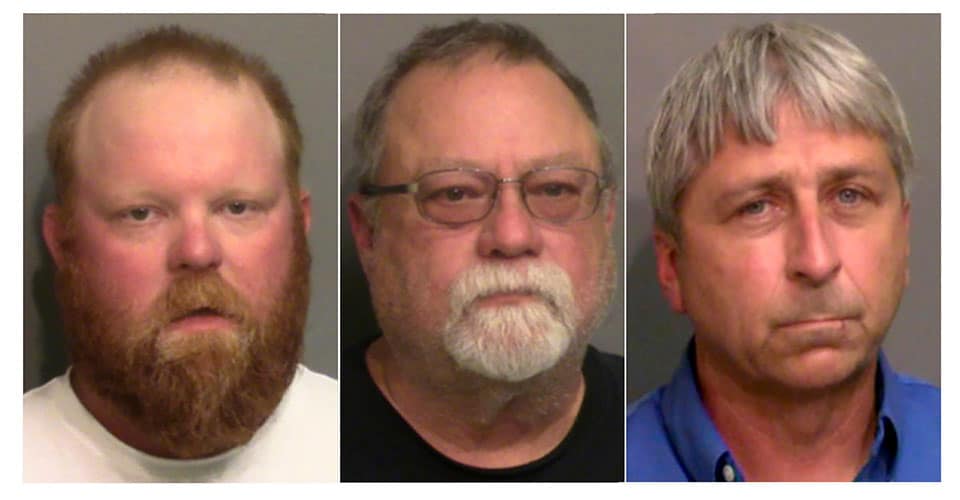 FILE - This combo of booking photos provided by the Glynn County, Ga., Detention Center, shows from left, Travis McMichael, his father Gregory McMichael, and William "Roddie" Bryan Jr. The Justice Department announced federal hate crime charges against the three men Wednesday, April 28,2021, in the death of Ahmaud Arbery, a Georgia man who was killed while out for a run last year. All three are charged with one count of interference with civil rights and attempted kidnapping. The McMichaels are also charged with using, carrying and brandishing a firearm during a crime of violence.(Glynn County Detention Center via AP)

Defense attorneys argue the three men committed no crimes. They say the McMichaels suspected Arbery was a burglar after he had been recorded by video cameras inside a nearby home under construction. Travis McMichael's lawyers say he shot Arbery in self-defense.

Jason Sheffield, one of Travis McMichael's lawyers, told Superior Court Judge Timothy Walmsley on Wednesday that Arbery's past arrests and other incidents include not only “theft crimes” but also show at pattern that Arbery, when confronted for wrongdoing by police or other authority figures, would become “angry and aggressive, physically and verbally.”

“His intent and his motive is something that is central to this case,” Sheffield said.

Prosecutor Linda Dunikoski argued that Arbery's past had no bearing on the McMichaels' decision to pursue him with guns because they did not know anything about him prior to the fatal chase.

Defense attorneys for the McMichaels want the jury to know about 10 incidents from Arbery’s past, including that he was on probation at the time he was killed.

Arbery pleaded guilty to charges that he carried a gun onto a high school campus in 2013, a year after he graduated. Rodney Ellis, police chief for the Glynn County school system, testified at the hearing Wednesday that Arbery tried to evade officers on foot and stopped only when two of them pointed guns at him.

In 2017, court records show, Arbery pleaded guilty to a shoplifting charge for stealing a TV from a Walmart store.

The judge's rulings could have a big effect on how the trial plays out. Last week, he scheduled jury selection to begin Oct. 18 in Brunswick, about 70 miles (112 kilometers) south of Savannah. All three men are charged with malice murder and other counts.

The case sparked a national outcry during a year of protests over killings of unarmed Black people. The Justice Department on April 28 added hate crime charges against the McMichaels and Bryan, who all pleaded not guilty to the federal counts before a U.S. magistrate judge Tuesday.

In state court this week, Walmsley scheduled hearings Wednesday and Thursday on several legal motions awaiting settlement ahead of the planned murder trial.

Prosecutors have asked the judge to allow jurors to see text messages and social media posts they contend show a lack of “racial goodwill” by all three defendants. They include a text message exchange from 2019 in which Travis McMichael twice uses a racist slur for Black people.

Georgia Bureau of Investigation agent Richard Dial has testified Bryan told investigators Travis McMichael uttered a racist slur while standing over Arbery as he bled in the street. Jason Sheffield, an attorney for Travis McMichael, said his client denies making the remark.