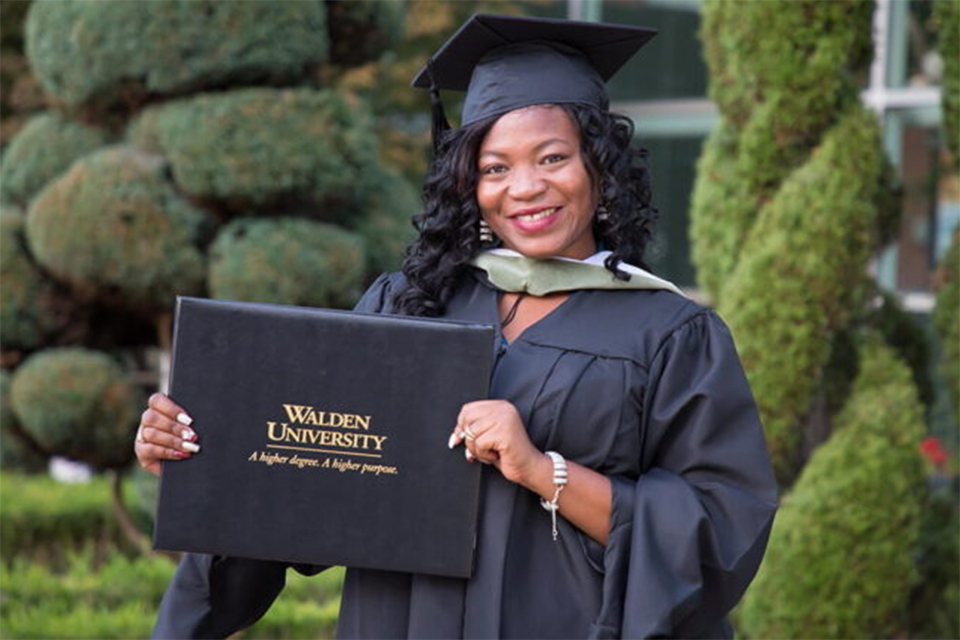 According to an explosive lawsuit and news report, Walden University, a popular online and for-profit institution, misrepresented the costs and credits required for an advanced degree and engaged in “reverse redlining” by targeting minority communities.

First reported by the New York Times, the university boasted that its students could earn an advanced degree in 18 months.

But the Washington, D.C.-based National Student Defense Network countered in a lawsuit that Walden schemed to lure Black female students into their school and trap them in a never-ending cycle of debt.

Millions of dollars in overpaid tuition

The 15,743 Black female students represent the university’s most significant demographic.

The university boasts over 49,000 students.

“I feel like Walden intentionally misled me for their own gain, and I want them to be held accountable,” Aljanal Carroll, one plaintiff, said.

“They promised me their program would change my life, and it did, but not for the better."

"I hope this lawsuit helps ensure Walden can’t take advantage of other students in the future as they did with me.”

According to the Student Defense Network, the plaintiffs “are seeking a judgment against Walden that affirms the school violated consumer protection and Civil Rights laws such as Title VI of the Civil Rights Act of 1964 and the Equal Credit Opportunity Act.

The students seek damages and financial relief to compensate for tuition payments.

“Walden targeted Black and female students with the promise of an affordable doctoral program. It broke that promise by dragging out their dissertation process, at significant cost to students who had no choice but to keep spending money if they wanted the degree they had worked so hard for,” added Student Defense President Aaron Ament.

“We’re committed to ensuring Walden pays for their wrongdoings and is prevented from causing similar harm to other students in the future.

”Relman Colfax attorney Alexa Milton said Walden presents itself as committed to social change – but this is merely a façade.

“Far from creating educational and career opportunities for Black and female students, who are underrepresented in graduate business programs, Walden traps them in a fraudulent and predatory scheme and, for many, significant student debt,” Milton stated.

Carroll, 49, sought a doctorate in business administration when she enrolled at Walden in 2017. She said school officials promised she could complete her doctoral degree within 18 months.

The North Carolina resident said she efficiently completed her coursework until officials provided a “capstone project.”

She said a review committee stalled in delivering feedback, which amounted to a couple of minor grammatical and formatting fixes.

But, for each fix, Carroll said it would take the committee weeks to respond. Finally, three years and tens of thousands of dollars in tuition costs later, Carroll realized the ruse.

“It started to make me feel like I couldn’t write or speak, which didn’t make sense because I’d just earned a 4.0 for my master’s,” Carroll told the Times.

The suit alleges that Walden enticed students by promoting false and misleading course requirements, then required them to complete substantial additional coursework — dozens of credit hours in some cases — beyond what the school initially advertised to students.

“The school reaped the financial gain from this scheme, stringing along students who were already deeply invested in their degree plan knowing they’d likely take the additional courses in hopes of finishing,” attorneys wrote in court filings.

They noted that Walden targeted and disproportionately hurt Black and female students with their “malicious practices.”

“In 2016, 41 percent of students across Walden’s doctoral programs identified as Black — more than seven times the national average of Black students enrolled in doctoral coursework. In addition, nearly 77 percent identified as female,” the attorneys contended.

This article was originally posted on NNPA