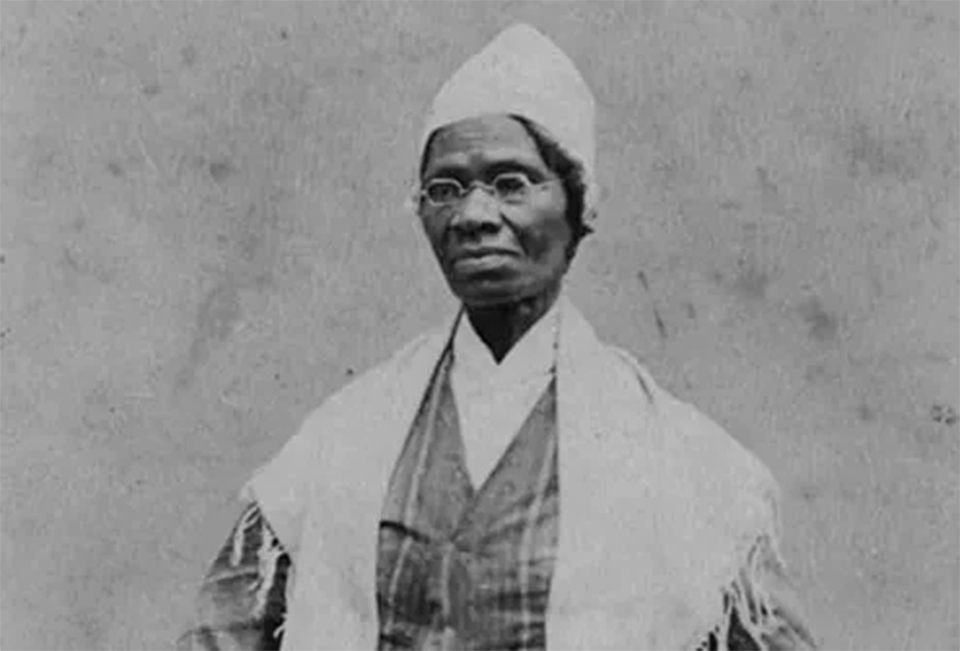 She dedicated her life to freedom!

Many times, when we think of the ancestors who have paved the way, particularly in the area of abolitionists or civil rights leaders, they are promulgated as these larger-than-life figures. Their accomplishments were so critical to shaping American history that they almost seem ethereal. And while the gravity of their work and contributions should never be lost, we must remember that they too were human. They had lives, stories, tragedies, triumphs, feelings, and families; acknowledging all of that is vital to giving context to their work.

It was the values and experiences that shaped their beliefs and drove their work and ultimate purpose. We don’t talk enough about them through that lens. There are women like abolitionist Frances Ellen Watkins, an orphan who found her love for poetry while attending the school her uncle built for Black children. Watkins would use her skills as a poet to publish her very first essays in the antislavery journals during the 1830s. Then there is Harriet Tubman, one of the most famous abolitionists, and a conductor on the Underground Railroad. After escaping to freedom, Tubman first returned to the South in hopes of rescuing her brothers.

The origin of truth

It is these stories that need to be told, the ones that shine a light on their humanity and not just their labor. Such is the case with Isabella Truth, also known as Sojourner Truth, born in Ulster County, New York in 1797. While many know her freedom name, much may not be known about her as a person and her origins.

Truth was enslaved by Dutch settlers and Dutch was her first language. She was sold away from her parents for the first time when she was only nine years old, John Neely of Kingston, New York purchasing her and a flock of sheep for a total of $100. She would be sold multiple times over the years before eventually escaping to freedom and becoming an abolitionist and women’s rights advocate.

To give you a quick crash course about Truth’s historic life, we’ve compiled a list of 4 things you didn’t know about Abolitionist Sojourner Truth, courtesy of the National Park Service.

Sojourner Truth was a mother of five who was forced to leave her children behind when she escaped to freedom.

In 1810, Truth was sold for the last time to John Dumont of West Park, New York. There she endured horrors at the hand of Dumont and his wife, giving birth to two children, one named James who died as a child, and another named Diana, a byproduct of rape at the hands of Dumont. She fell in love with another enslaved man named Robert on a nearby farm but was forbidden to marry him. Robert was beaten to death by his owner for meeting Truth in secret. Years later, she married an older enslaved man named Thomas. Together, the couple had three children, Peter, Elizabeth, and Sophia.

New York passed a law in 1799 that would gradually lead to the abolition of slavery. In 1817, a law went into effect that all slaves born in the state before July 4, 1799, would be freed on July 4, 1827. Dumont promised Truth she would be freed before the emancipation deadline. However, he changed his mind in 1826, leaving Truth no other choice but to escape on her own with infant daughter Sophia. She was not able to bring her family with her.

She made history as the first Black woman to sue a white man and win.

After the Anti-Slavery law was passed in New York, out of spite, Dumont illegally sold Truth’s five-year-old son Peter into slavery in Alabama. When Truth left, she was housed at the home of Issac and Maria Van Wagenen in New Paltz, the couple paying Dumont $20 for her labor until Emancipation Day. The Van Wagenens helped Truth find her son Peter and bring a case against Dumont in legal court. In 1828, the court ruled in her favor, and she won.

Sojourner Truth was a Christian evangelist and a woman’s rights activist.

While living with the Van Wagenens, Truth became a devout Christian, taking the name Sojourner Truth as she began her crusade across the country speaking against slavery. In 1844, she joined the Northampton Association of Education and Industry, a community founded by abolitionists that served as a stop on the Underground Railroad. In Massachusetts, she gained notoriety as an abolitionist, working with the likes of William Lloyd Garrison and Frederick Douglass. She published her memoirs in 1850, and her book, The Narrative of Sojourner Truth: a Northern Slave, was published by Garrison.

She would go on to speak at a number of women’s rights conventions, delivering her most famous speech, “Ain’t I a Woman?,” in May 1851 at the Ohio Women’s Rights Convention. In the speech, Truth called out the hypocrisy of gender equality and gave voice to the experiences of Black women. It is widely considered one of the most famous speeches in American history on Black women’s rights.

“If the first woman God ever made was strong enough to turn the world upside down all alone, these women together ought to be able to turn it back and get it right-side up again,” Truth said during her speech.

Truth was an aid in recruiting Black soldiers for the Union Army during the Civil War. Her grandson, James Caldwell, also enlisted in the 54th Massachusetts Regiment. In 1864, she met President Abraham Lincoln while working with the National Freedmen’s Relief Association in Washington, D.C. At the association, Truth worked to solicit donations for food, clothes, and other supplies for Black refugees, History.com reports. During her time in D.C., Truth protested against segregation, working day in and day out to find jobs for free Black people. She would eventually petition for federal land grants from the U.S. government to resettle formerly enslaved people in the West.

The tireless work of Sojourner Truth will never be forgotten! Because of her, we can!