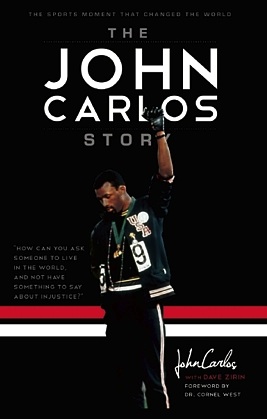 This just in from Pacific University in Forest Grove:

Admission is free and Mr. Carlos will take part in a book-signing session following his talk.

At the 1968 Olympics in Mexico City, Carlos rocked the world. After winning the bronze medal in the 200-meter dash, he and fellow medal-winner Tommie Smith each thrust a black-glove clad fist into the sky in defiance of racism and other discrimination in America.

It was an iconic moment that placed os into the international spotlight. He has continued to live true to his political beliefs, standing up for civil liberties and justice and against racism and greed.

This Benjamin and Elaine Whiteley Distinguished Lecture is an annual offering of the College of Arts & Sciences made possible by the generous support of the Whiteleys.

The College's School of Social Sciences is presenting this year's lecture.