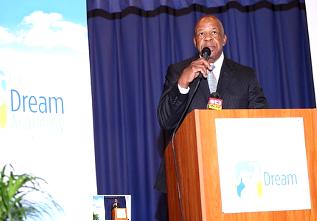 GOP leaders - Senate Minority Leader Mitch McConnell and House Minority Leader John Boehner - on Nov. 16 cancelled a White House meeting with the president that was slated for Nov. 18, citing "scheduling conflicts in organizing their caucuses," according to the White House. The bi-partisan conclave was rescheduled to Nov. 30.

"When the President calls and asks a member of Congress to meet at the White House, you go," he said in a statement. "You put down everything else, you cancel all your other appointments, and you go. This is the leader of the free world and the commander-in-chief of our nation. You do not say, 'let's reschedule.'"

According to a Politico article, the White House had been warned for weeks not to assume the Nov. 18 invitation had been accepted.

But the cancellation also reflects wariness among Republicans toward the White House that stems back to January, when President Obama "hijacked" a Baltimore GOP meeting, delivering a one-sided public rebuke—which Republican aides agreed to televise at the last minute.

"He has a ways to go to rebuild the trust," a top Republican Hill staffer told Politico. "The Baltimore thing was unbelievable."

The president's cooperation on a GOP-proposed earmark ban may be one step to building that trust. Saying the issue was one he championed during his time in the Senate and in the White House, the president said in a statement that he will "look forward to working with Democrats and Republicans to not only end earmark spending, but to find other ways to bring down our deficits for our children."

But in a Nov. 15 blog post, Boehner questioned the president's commitment, saying, "Nowhere in his statement does the president urge the leaders of his party to hold simple up-or-down votes on imposing an earmark ban, something House and Senate Republicans will do this week…. Why is President Obama standing in the way of our ability to move forward and take this critical step towards restoring public trust?"

Cummings said the meeting cancellation demonstrates the GOP's intent to eschew any attempts at partisan reconciliation.

"Minority Leader Boehner and Republicans in Congress are misleading the American people about their interest in bi-partisanship and should be ashamed," said Cummings. "President Obama reached out to help end earmarks and was blasted by Boehner. President Obama invited Republicans to the White House and they blew him off. President Obama has worked toward landmark transparency in government and just recently, Republican Congressman (Darrell) Issa accused him of corruption. This partisan hackery cannot be accepted when we have so much work to do."